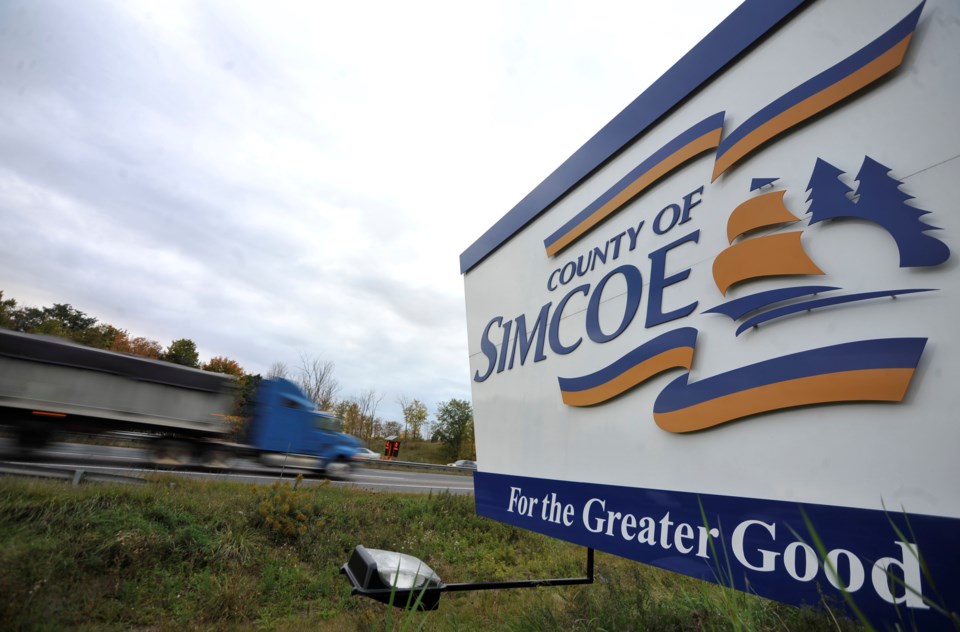 Aware Simcoe says it doesn’t know how it will pay a court-awarded cost to Simcoe County.

Simcoe Council decided to pursue collecting $5,000 in costs an Ontario Superior Court judge awarded last year, after Aware asked the courts to review a county decision to allow trees to be cut for agricultural purposes in the Beeton area.

“We have hypocrites in there,” said Aware chairman Don Morgan, after county councilors overwhelmingly decided to pursue collecting the money, which would then be handed over to the South Simcoe Streams Network to plant trees in the area.

One Aware member, who refused to give her name, accused the county of having a vendetta. She would also not describe the vendetta.

The issue at hand, however, was sparked by Aware, which asked for a judicial review of a county decision to allow some trees to be cleared. Last August, the Ontario Superior Court’s Madame Justice Eberhard denied Aware Simcoe’s request to have the court overturn the county’s decision and stop the trees from being cut.

The judge noted the county played a role in failing to notify neighbours initially and reduced the award to a level “so as to not chill legitimate public protest.”

She also told Aware to pay the landowner, a developer who leases out his land for farming, $27,000 of his costs. The landowner and the county had worked since 2012 on the tree removal application.

The landowner has decided not to collect the money, noted New Tecumseth Mayor Rick Milne, who has worked for three months to resolve the debt with Aware at county council’s request.

“Plain and simple, the Aware group does not have any money and the developer is not going to proceed against Aware,” Milne told his colleagues, the county’s mayors and deputy mayors, at county council today.

“I agree Aware should be responsible, but let’s be honest: they don’t have any money. I think we should just write it off.”

“I could put forward the same argument for my businesses. This was awarded by the courts. Let’s collect it and move forward,” he said.

Another Aware Simcoe member Sandy Agnew took issue with comments Oro-Medonte Mayor Harry Hughes made about Aware being able to access money, including having the ability to put on a water conference held in Barrie earlier this spring.

“The conference we put on about the green belt was funded entirely by Environmental Defence,” said Agnew, who added the group’s board of directors will have to discuss how to handle the county’s actions.

He highlighted the county’s missteps, which the judge had considered in decreasing the award by $18,698 to the $5,000 the county wants to collect.

Warden Gerry Marshall said council wrestled with the issue, but ultimately opted to be fair to taxpayers.

“I support council’s decision to get taxpayers’ money back. It’s fair and appropriate,” he said, adding council voted overwhelmingly to recover what the court awarded.

“Council made the right decision.

“When you get to the courts, people are challenging a decision made by 32 county councilors in a democratic process. If you take that to the court and lose, we need to collect that money. It’s taxpayers’ money being spent,” Marshall added.

Marshall said the county should enforce the Ontario Superior Court’s decision and recover some of taxpayers’ funds as the move defends the democratic decision-making process and boosts the tree stock in the county’s south end, as the county works with an environmental group to plant 5,000 trees there.

FirstOnSite Restoration to take over Keith Moore Construction
Feb 20, 2020 6:15 PM
Comments
We welcome your feedback and encourage you to share your thoughts on this story. We ask that you be respectful of others and their points of view, refrain from personal attacks and stay on topic. To learn about our commenting policies and how we moderate, please read our Community Guidelines.