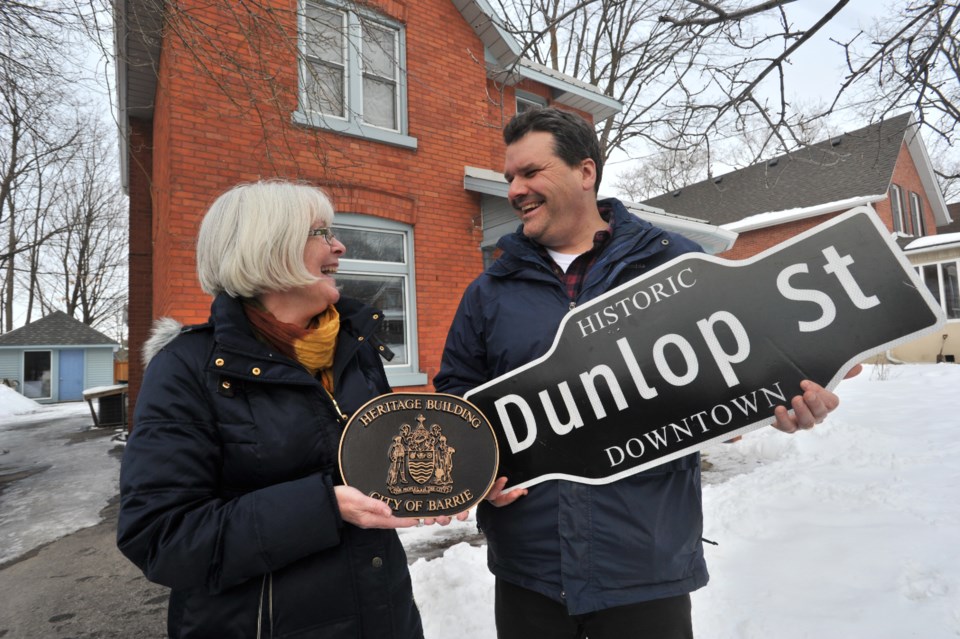 There are things to discover, stuff you never knew. Perhaps something around the corner of the street of your neighbourhood, or a row of houses that's a subdivision now that was a field of corn 100 years ago.

Craig Froese, vice-chair of Heritage Barrie, hopes people think about the past and how it impacts the now, and perhaps the future.

Heritage Barrie is an advisory committee, authorized by the city under the Ontario Heritage Act, and its intention is to ensure the protection and preservation of Barrie's heritage for future generations.

One of its major objectives is to prepare and maintain a list of properties worth conserving under the Act.

A week of Heritage Barrie 2020 events kick off Saturday at the Barrie Farmers' Market at city hall.

“It’s very important for citizens in the community to understand the past,” Froese says from his designated heritage home on Burton Avenue. “Barrie has a rich history and to celebrate that really gives us a nice connection with the people who were in Barrie before us, who were a big part of our culture.”

One of the changes of the group’s activities this year is the focus on education and local history, he says, adding that will be a part of the activities at a Barrie City Hall Rotunda open house event on Wednesday, Feb. 19 that runs from 7-8:30 p.m.

“The preservation of our history is a big part of Heritage Barrie. We’d really love people to talk during some of the activities we’ve organized,” Froese says.

Members of the group will be there along with other organizations, including the Grey and Simcoe Foresters, the Royal Canadian Legion, the Barrie Historical Archive and others.

“We’re hoping that people come down and talk to us about maybe putting their buildings on the registry,” he says, adding being on the municipal registry is a start, but being a designated heritage building is even better.

“You have access to grants and those grants can help you in fixing up the facades or working on historical parts to it. Right now, we have 16 designated buildings and I think about 25 on the municipal registry. We’ve worked really hard at that because it obviously works to protect those heritage buildings.”

Existing buildings, structures and landscapes often define a community’s unique identity and give it character and a sense of place, Froese says.

“We’d like to focus on the institutions in Barrie — the churches, the old school halls — and put them on the registry, because I feel those buildings were really the focus of this community,” he says. “They were, and are, so beautiful and only one in Barrie, St. Paul’s Anglican Church (featured in last week’s Rooted) is actually on the registry.

“Many of the buildings in Barrie that are institutions are not on the registry and members of the committee are concerned about the beautiful store fronts and facades downtown and all those buildings.”

“And it also helps with tourism, civic pride and all those great things. A lot of new residents, and even longtime residents, don’t know the history of Barrie, so that’s the education piece. The poppies on the street signs (referring to veterans) and the neighbourhood signs help with that.”

Heritage Barrie 2020 includes tours of city hall for visitors to check out historical artifacts and pictures as well as tours of historical areas of the downtown.

Heritage Barrie representatives will be at the Barrie Farmers' Market on Saturday, Feb. 15 from 8 a.m. until noon.

Barrie Heritage Awards your chance to put someone in the spotlight
Sep 17, 2020 12:00 PM
Comments
We welcome your feedback and encourage you to share your thoughts. We ask that you be respectful of others and their points of view, refrain from personal attacks and stay on topic. To learn about our commenting policies and how we moderate, please read our Community Guidelines.

About the Author: Ian McInroy