With COVID-19 affecting every nearly aspect of daily life, Barrie golfer 'just trying to find ways to get better in other aspects of my life while one aspect of it is has just been kind of put on hold'
Apr 1, 2020 12:00 PM By: Gene Pereira 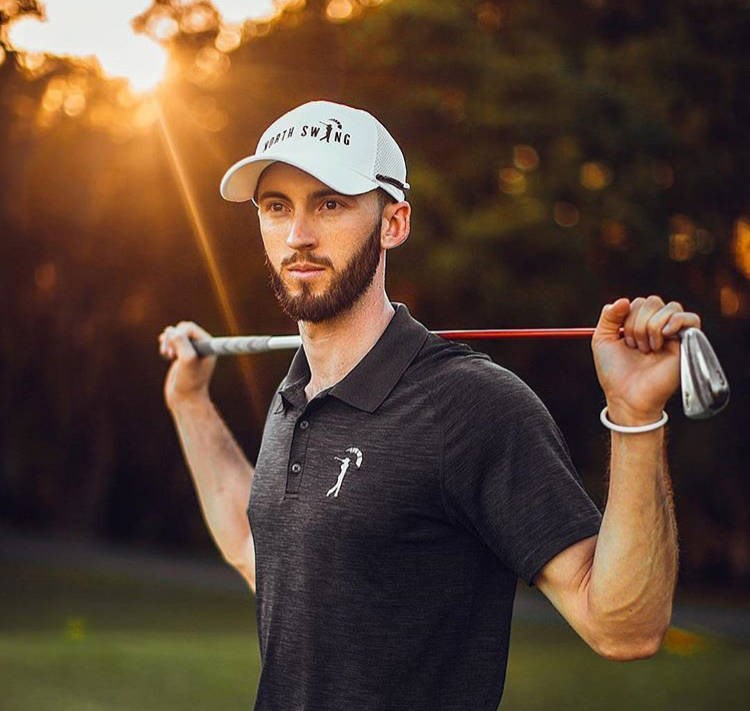 Normally at this time of year, pro golfer Branson Ferrier is busy gearing up for another summer on the fairways.

Unfortunately for the Barrie native, he's going to have to keep his clubs in the bag for the next couple of weeks after driving home Tuesday night from Florida.

"I'm in the basement quarantined," said the 26-year-old, who returned from training down in New Port Richey, located just outside of Tampa, and is following orders by the Public Health Agency of Canada that requires any person entering Canada by air, sea or land to self-isolate for 14 days whether or not they have symptoms of  COVID-19.

"We got a little bit of a gym set up in the basement, thankfully, so I'll be spending most of my time in there," Ferrier told BarrieToday. "I've got a few books to read. I've got a book about the mental aspects of sports in general, a golf anatomy book, learn a little more about the body and how it works in relation to golf and the golf swing, exercises on strength and mobility and stretches and all that kind of stuff.

"I'll probably get everything together to do my tax return from last year and all that little stuff that no one likes to do. Well, I've got plenty of time now," he added.

"They were telling me the rules of the 14-day self isolation and that kind of stuff," Ferrier said of when had to cross the border. "They took down my information and I'm sure I'll be contacted by somebody at some point to make sure I'm following orders."

All understandable for the St. Joseph's High School graduate. A few weeks away from swinging a club won't be too much of a problem.

"Especially at time like this," said Ferrier, who has two professional wins under his belt, coming on the Great Lakes Tour in 2017 and the East Coast Pro Tour last summer. "There's not a whole lot I can do worrying about a golf swing. I don't even know when my first tournament of the year is going to be, so it's not really the main focus right now. That doesn't mean I can't improve other aspects.

"I have some physical limitations when it comes to my golf swing in terms of mobility and I'll have lots of time to work on that the next couple of weeks doing stretching and trying to improve in those areas as opposed to going out to the golf course and practising every day."

The local golfer, who completed a scholarship to play NCAA Division 1 golf at Alabama State University and was named the school's 2016 male athlete of the year, was looking forward to both the U.S. Open qualifying and the Canadian Open regional qualifying events for mid-May, but both have been postponed.

Getting the coronavirus under control is what's important now. Being in Florida the last couple of months, Ferrier saw how slow the state's response was to the pandemic and how they have been among the last to implement certain restrictions like social distancing and closing down non-essential businesses, beaches and parks.

"They've been kind of the last of all the states to be proactive and do that stuff and put those things in place," said Ferrier, who graduated with a bachelor of arts in communication from Alabama State and now plays out of the Vespra Hills Golf Club in Springwater Township. "I've seen first hand how other people are not taking it so seriously, so as much as being stuck in the basement for two weeks is going to be tough I know that I have to do it and the only way things start to work their way back to normal is if we take it as serious as the federal and provincial governments have been the last week or so.

"That's kind of the only way to get over it as quick as possible. Just agree and conform."

As nice as the weather was down in Florida and how he was able to go to his backyard and workout, Ferrier's happy to be back home where he feels much safer.

"Definitely, just the fact that people in general are taking it as seriously as it needs to be taken," he said.

Ferrier had another busy summer schedule ahead of him planned, but all of that is up in the air now. Along with the U.S. Open and Canadian Open qualifiers, the local golfer was going to spend most of his time on tour in Quebec competing in the numerous events on East Coast Pro Tour.

He also plans to compete in the Ontario Open, which just got added to the Mackenzie Tour PGA Tour Canada schedule. He has status on the European Challenge Tour and is hoping to get some opportunities in Europe at qualifying school in November.

"I know Europe has especially been pretty heavily hit with all this stuff," Ferrier said. "It might even be a longer time before they get things going and they start allowing international travel again. I could probably take my schedule and crumple it up at this point."

He knows everything is going to be different. He just has to try to take it day-by-day and not really worry about it too much.

"It's just the fear of the unknown right now," said Ferrier, who will be working on getting the Vespra Hills course ready for the upcoming season after his quarantine is done. "Not really knowing when things are going to start to progress back to normal and when the first tournament is going to be and all that kind of stuff, but everybody is in the same boat as I am.

"It's kind out of our control at this point, so just trying to find ways to get better in other aspects of my life while one aspect of it is has just been kind of put on hold."

Barrie Royals ready to bounce back with safe return to the court
Jul 29, 2020 7:00 PM
Comments
We welcome your feedback and encourage you to share your thoughts. We ask that you be respectful of others and their points of view, refrain from personal attacks and stay on topic. To learn about our commenting policies and how we moderate, please read our Community Guidelines.