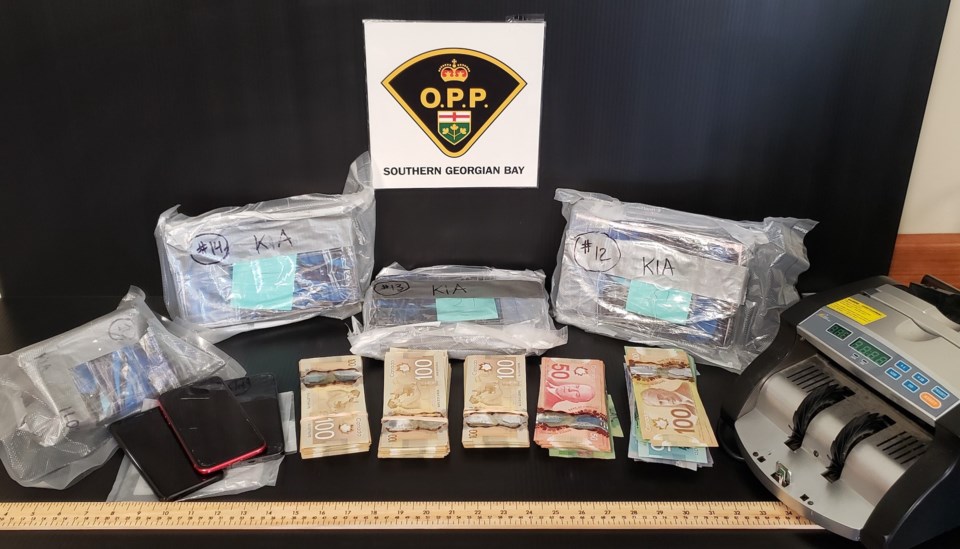 NEWS RELEASE
ONTARIO PROVINCIAL POLICE
*************************
MIDLAND – As a result of an Controlled Drugs and Substances Act investigation, members of the Community Street Crime Unit (CSCU) attached to the Southern Georgian Bay Detachment of the Ontario Provincial Police (OPP) executed search warrants at two residences in the City of Barrie along with a vehicle on June 9, 2021.

Charged in connection with this investigation are the following persons:

All of the accused persons were released on an undertaking to appear before the Ontario Court of Justice in Midland on Aug. 26, 2021.

Anyone having knowledge of persons or property involved in this investigation is asked to contact the OPP at 1-888-310-1122, opp.southern.georgian.bay@opp.ca or by calling Crime Stoppers at 1-800-222-TIPS (8477). You can submit your information online at https://www.crimestopperssdm.com/. Crime Stoppers does not subscribe to call display and you will remain anonymous. Being anonymous, you will not testify in court and your information may lead to a cash reward of up to $2,000.