$1,700 in merchandise stolen from Cabela's 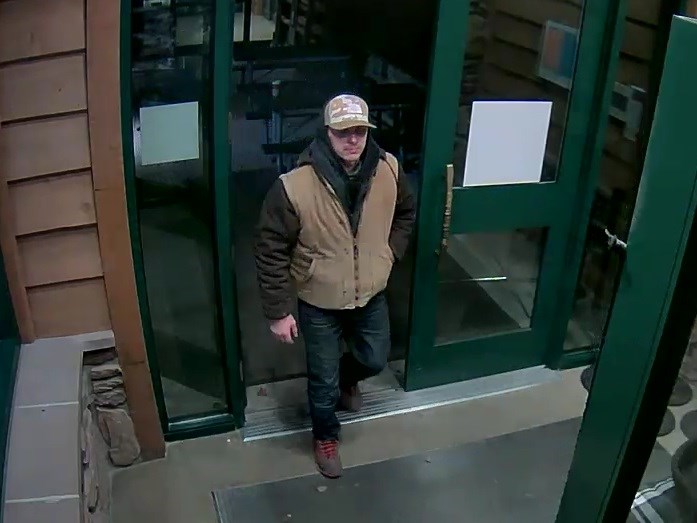 On Friday, Nov. 29, 2019 between 6:15 and 6:50 p.m., a lone male entered the Cabela’s Canada store located in the Park Place Shopping Centre and proceeded to select a number of expensive items. He was observed entering a ladies change room where he was  able to [allegedly] conceal a pair of size 10 Danner Pronghorn boots and a Scent Lok white camo fleece parka in a backpack that he wore under a vest he was wearing. [It is alleged that] the male then ran from the store with the stolen boots and parka in the backpack and a Sportdog Tek 2.0 GPS dog trainer set in his arms which was concealed by the brown vest. He then ran to a car that was in the parking lot and sped off.

From surveillance video obtained, police are able to confirm the following description of the suspect who is wanted for this theft:

The total value of the three items that he is known to have stolen is almost $1,700.