TORONTO — An all-star with a US$139-million contract, Toronto Raptors guard DeMar DeRozan is living large in the NBA. But the 27-year-old from Compton, Calif., never thought he would grace the cover of a video game.
Jul 6, 2017 11:17 AM By: Canadian Press 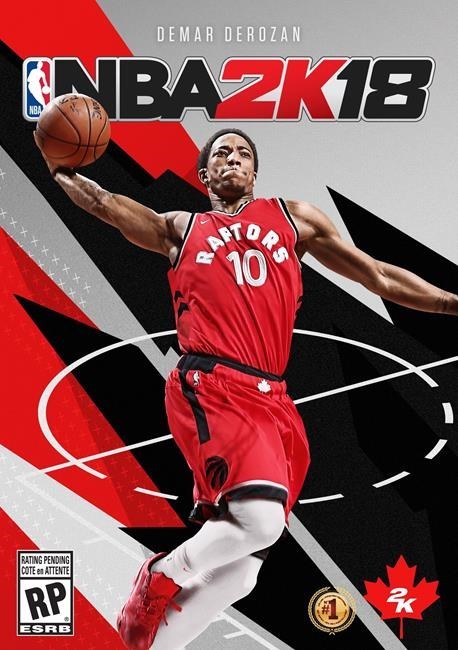 TORONTO — An all-star with a US$139-million contract, Toronto Raptors guard DeMar DeRozan is living large in the NBA.

But the 27-year-old from Compton, Calif., never thought he would grace the cover of a video game.

"It was always a dream of mine, when I was a kid and (would) create myself in the game. Let alone now being an NBA player, being a part of the game now," he said. "It's just an honour to be on the cover, representing, giving my fans in Canada ... It's definitely a cool thing and I'm definitely appreciative to be a part of it."

DeRozan will be the Canadian cover athlete for "NBA 2K18," due out in September.

Kyrie Irving of the Cleveland Cavaliers will grace the cover outside of Canada with Hall of Famer Shaquille O'Neal featured on two special versions of the game: the Legend Edition and Legend Gold.

DeRozan has long been an avid gamer.

"That's all I did growing up is play video games, trying to play every new game that came out," he said. "Now I kind of stick to the basics, just playing 'Madden' and '2K.' Now to be on the cover of '2K' makes it even better."

Former Raptor Terrence Ross, now with the Orlando Magic, was one of DeRozan's gaming partners in Toronto.

"He kept me up on a lot of the new games, so he kind of kept me young when it came to that," said DeRozan.

The Raptors guard said he has some skills once he gets a chance to invest some hours into a game.

"'Madden' was one of my go-to games that I was pretty good at. Boxing, golf. But once I lock in and play for a couple of days I get pretty good at it."

DeRozan also marvels at the realism of today's video games.

"it's crazy. Now you can play 2K and you can hear your favourite player's voice giving an interview," he said.

DeRozan also likes the constant game updates, which add to the realism.

"I just try to do everything that I don't do in a game, just have fun with it," he said.

The cover choice is timely for the Raptors, who are one of 17 NBA teams hoping to win on the virtual basketball court as well as the real one in 2018.

The NBA 2K esports league will feature elite gamers who will control their own avatar — rather than NBA players — in a five-on-five game.

The virtual season will run for about three months with the debut campaign targeted to kick off around the all-star break in February next season.