The Baycats are in Brantford tonight looking for some revenge before hosting Toronto on Thursday night
Jul 17, 2019 10:20 AM By: BarrieToday Staff 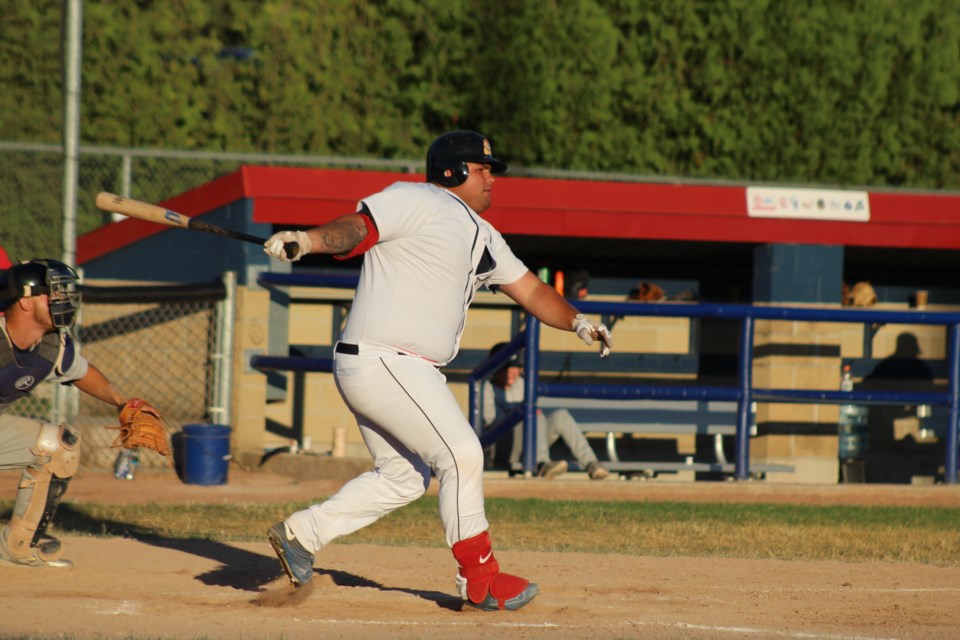 The Barrie Baycats' Ryan Rijo, shown in a file photo, went 3-for-3 on Tuesday night against the Brantford Red Sox, but the Baycats came up short. Raymond Bowe/BarrieToday

Brantford (4-23) defeated Barrie 8-4 and pushed the Baycats a half game back of Kitchener atop the IBL standings.

Jesse Fishbaum drove in a run and scored twice, Luis Perez had two hits and two RBI, and Anthony Rizquez went 2-for-4 with a run.

Mike Mueller (1-1) earned the win with 3.1 innings of relief, allowing a run on five hits with a walk and three strikeouts. Michael Bannon started and went five innings, yielding three runs on six hits with two walks and a strikeout.

Ryan Rijo went 3-for-3 with an RBI and a run in the loss. Glenn Jackson had two hits and drove in a pair, Conner Morro added an RBI, and Ryan Spataro singled three times.

Brad Bissell (0-1) took the loss, surrendering three runs on a hit without recording an out.

KITCHENER – The Kitchener Panthers moved into first place with a 10-4 win over the Toronto Maple Leafs Tuesday night at Jack Couch Park.

Tanner Nivins went 3-for-5 with his eighth home run. He drove in three and scored twice. Zarley Cina hit a three-run home run, and Andy Leader went 3-for-4 with a solo shot.

Zach Johnson drove in a run and scored twice, Mike Gordner had an RBI and scored, and Colin Gordner plated a pair of runs.

Yoennis Yera (5-1) struck out eight over six innings for the win. He gave up two runs on seven hits.

Marek Deska (1-4) took the loss for Toronto, giving up nine runs on four hits with two walks in four innings.

Kool gets warm reception to play ball at West Virginia Tech on full scholarship
Jul 1, 2020 7:30 PM
Comments
We welcome your feedback and encourage you to share your thoughts. We ask that you be respectful of others and their points of view, refrain from personal attacks and stay on topic. To learn about our commenting policies and how we moderate, please read our Community Guidelines.