'Just too much uncertainty,' the team says as the rest of the IBL prepares to start some sort of season in July
Jun 21, 2021 6:45 PM By: Tony Saxon 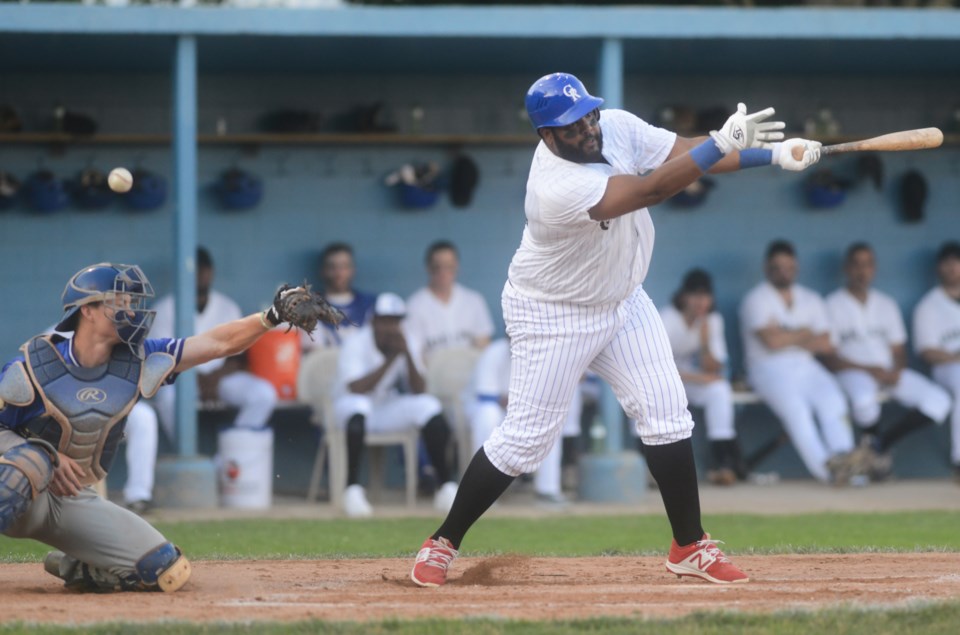 The Gueplh Royals Angel Villalona fouls off a pitch during game action at Hastings Stadium in 2019. Tony Saxon/GuelphToday file photo

If the Intercounty Baseball League manages to get a season in this summer, it won't include the Guelph Royals.

The Royals informed the league at a recent meeting that they will not be operating this year, even if the league goes ahead with a season.

The IBL has set July 5 as a tentative start date for play, with restrictions. July 15 was another potential start date.

"There was just too much uncertainty," said Royals manager Dino Roumel of why the Royals decided to not to take part in any type of season this year.

"We can't have fans early on... we don't know if we could have them at any stage. Then there was the issue of getting players over the border and quarantine issues ... having guys go back over the border to get back to school. Just too much uncertainty," Roumel said. "In the end, there was just so many questions."

The Royals had been planning to play, arranging imports and domestic players and putting all the pieces in place in hopes that restrictions would be lifted and some sense of normalcy would return, making a season shorter but still viable.

But in the end they felt that it couldn't be done the right way.

"We're convinced it's the right thing to do. We're not blaming anyone," Roumel said. "We felt it was just better to not run a team this year and get ready for 2022.

About the Author: Tony Saxon

Tony Saxon has had a rich and varied 20 year career as a journalist, an award winning correspondent, columnist, reporter, feature writer and photographer.
Read more