The 7th annual tournament was held in memory of Jesse Hibbert
Jun 4, 2019 5:30 PM By: BarrieToday Staff 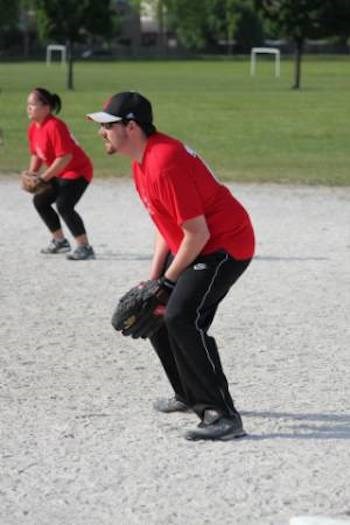 The softball tournament was held in memory of Jesse Hibbert who died on Aug. 2, 2012 at the age of 26, after experiencing an epileptic seizure while he slept. Jesse was a graduate of Georgian College, receiving a diploma in Computer Science in 2006, and upon his graduation he became employed as a System Administrator for the Ontario Telemedicine Network (OTN) in North York.

He was a healthy, funny, athletic young man whose family members started the ball tournament in his memory in 2013, to create awareness of SUDEP through Jesse’s passion for baseball.

SUDEP (Sudden Unexpected Death in Epilepsy) refers to the death of an individual with epilepsy - without warning - and where no cause of death can be found. It typically occurs during sleep, and it’s the leading cause of epilepsy-related mortality.

The Centre for Disease Control and Prevention states that there are roughly 1.16 cases of SUDEP for every 1,000 individuals with epilepsy, although this is likely underestimated because of poor case identification due to lack of awareness.

Although most people with epilepsy live long and healthy lives, their increased risk of death compared to the general population is a serious concern.

The only known SUDEP prevention is to have as few seizures as possible .

“I have new clients come in to my office weekly who are needing better seizure control.  Sometimes it’s because they’ve recently been diagnosed and are waiting six to nine months to see a Specialist; other times they’re in between Neurology appointments and don’t have a local family doctor that they can see.”

She goes on to say that, while she doesn’t prescribe medication, that the education provided from her office is invaluable.  “I take a lot of time to discuss with the client and their family members how to lower their risk of SUDEP - from taking seizure medications regularly and reliably, to identifying and avoiding seizure triggers.”

The Hibbert Cup took place at the Barrie Community Sports Complex, and Epilepsy Simcoe County would like to thank Rock 95, Centerfield Foods / Crystal Sands Catering, and FCI Technical Installations for their generosity in sponsoring aspects of the event.

The money raised will continue to help individuals - and their families - living with epilepsy get the support that they need through educational programs, information sessions, and support groups.

“Our goal with this fundraiser was not only to create SUDEP awareness, but also to raise the funds that will continue to allow us to educate clients so that we can help lower their risk.”

Epilepsy Simcoe County (ESC) was established in 1978 as a volunteer organization to assist the people of Simcoe County with education, support, awareness and advocacy. They are located in downtown Barrie and serve their member base in the Greater Simcoe County area.

ESC provides people living with epilepsy education, understanding and support to get help they may need in a caring and understanding environment.

Epilepsy is a common disorder with over 300,000 Canadians affected and over 50 million people world wide. It is estimated 1 in 100 people in Simcoe County live with this disease.