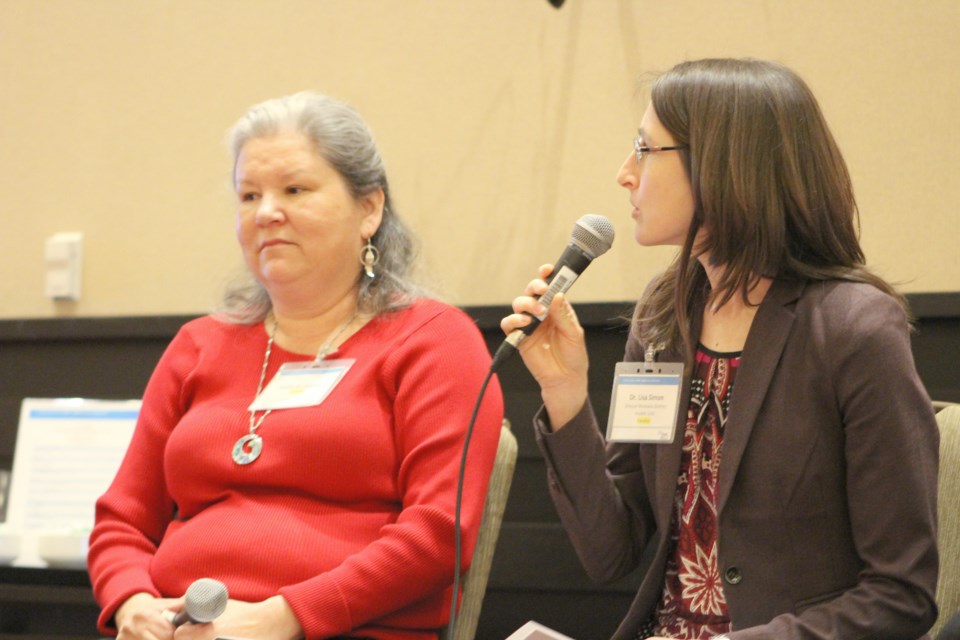 The following is a message from Dr. Lisa Simon, Associate Medical Officer of Health:

The persistent crisis of opioid overdose in Simcoe Muskoka and Canada demands response on many fronts, from individuals, social services, first-responders, health-care providers and from government at all levels.

One part of this response is to help prevent overdoses in people using drugs.

An effective approach to this is by providing health facilities — supervised consumption sites (SCS) — where health professionals are present during drug use and can respond to and reverse any overdoses.

The provincial model for this service not only includes overdose prevention, but also wrap-around services including treatment for addictions and mental illness, client education and referrals to other health and social services.

By building trusting relationships with clients, supervised consumption sites help clients access these services when they are ready.

We have learned through experience that drug use and overdoses affect all communities but tend to be concentrated in urban or downtown cores, in particular among more marginalized members of our community.

That pattern has followed in the city of Barrie. Hospital emergency room visits for opioid overdoses in Barrie are two-and-a-half times the provincial rate.

Of the 19 cities with populations over 100,000 in Ontario, Barrie ranks third highest for emergency room visits for overdose. And within Barrie, the rates of these visits are four times higher in the broad vicinity of the downtown area than the city’s average rate.

Supervised consumption sites are primarily aimed at urban, marginalized populations, who may have more limited access to mainstream health services.

SCS’s have the ability to build compassionate relationships with people who use drugs and link them to social and health services in the community. They also help to decrease deaths and hospital visits due to overdose emergencies, and reduce unsafe injection practices like needle sharing that can lead to the transmission of diseases such as Hepatitis C and HIV.

There are many SCS’s currently operating across Ontario.

Experience so far suggests that they have reversed a large number of overdoses, have likely contributed to reduced disease transmission, and have helped many clients access health and social services. In several cases, they have also led to benefits for the surrounding community, including reduced drug injection in public.

Where community concerns have been raised, there have been collaborative and creative solutions implemented.

In our area, the Gilbert Centre, the Canadian Mental Health Association – Simcoe Branch, and the Simcoe Muskoka District Health Unit are leading an application for a supervised consumption site in Barrie.

Over the next several months we will be consulting with Barrie community members and stakeholders to get feedback on an SCS.

The proposed SCS is an important part of a community harm reduction approach within the Simcoe Muskoka Opioid Strategy (SMOS), a large partnership formed in 2017 to address the growing opioid crisis in a comprehensive, coordinated way.

In addition to harm reduction, which also includes the broad distribution of naloxone, SMOS has partners involved in other important areas aimed at addressing the impacts of opioids.

They include an early warning surveillance system, which monitors and notifies the public about the possible presence of new streets drugs, for example those laced with fentanyl; treatment and counselling, which has supported the opening of three Rapid Access Addiction Medicine Clinic (RAAM) sites and more community addiction counsellors, to provide rapid access to drug treatment; prevention, which aims to address the complicated roots of drug use to help stop people from starting; and enforcement, which has developed stronger links between police services to target people who manufacture and traffic illicit opioids.

As part of the SCS consultations, the public is invited to drop in to an open house at Barrie City Hall rotunda on March 20 from 4–8 p.m. to learn more about a SCS.

People living, working or going to school in Barrie can also take part in a survey through the health unit website that is open from February 19 to March 25. A separate survey will also be conducted with people with lived experience of opioid use.

Consultations are a critical part of an SCS application to ensure the ideas and concerns of the community are heard and addressed, and that the services meet the needs of people who use drugs as well as the broader community.

For more information about SCSs and the public consultations, please seehttp://www.simcoemuskokahealth.org/Topics/Drugs/Supervised-consumption-sites , or call Health Connection, 8:30 a.m. to 4:30 p.m. weekdays.