'Our strongest argument is that we are opening up the economy … as we lift restrictions, there are more opportunities for transmission,' says official
Jul 13, 2020 1:47 PM By: Erika Engel 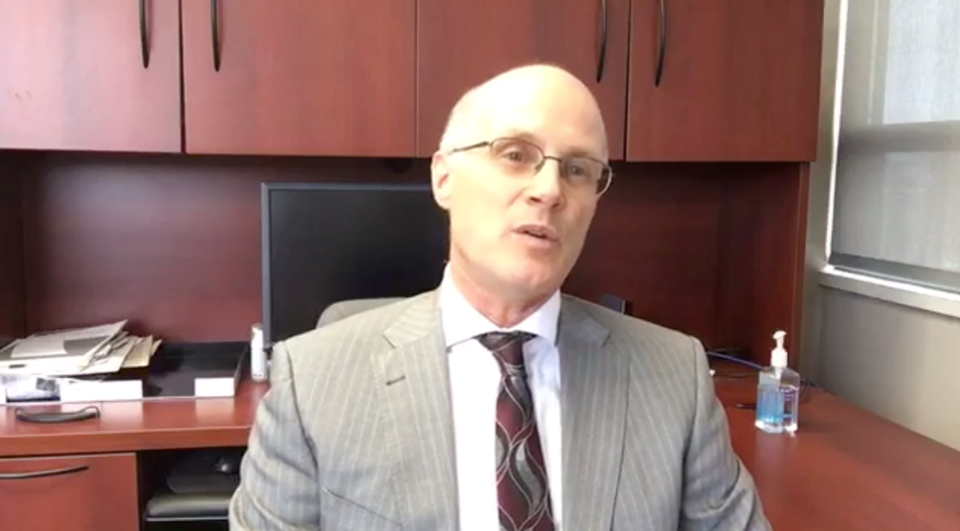 The region’s medical officer of health is happy to see playgrounds reopen later this week as part of the province’s announcement today regarding Phase 3 reopenings.

“I am happy about this,” said Dr. Charles Gardner, medical officer of health for Simcoe Muskoka District Health Unit. “There’s always been a trade-off, these control measures have always had a cost. One impact has been on children’s wellbeing … It’s very good we’ve gotten to the point where we can do this.”

Premier Doug Ford also announced new gathering limits of up to 100 people outdoors and up to 50 people indoors for community events or gatherings, including concerts and sports activities. Physical distancing is still required at such events.

Most remaining businesses will also be permitted to open, including dine-in restaurants, casinos, and recreation facilities.

“I’m certainly going to have to have a close look at the wording on this,” said Gardner. “That is the kind of thing I was anticipating.”

The province’s announcement to bring most health units into the third phase of reopenings made Gardner more sure of his mandatory mask order which comes into effect today.

Through a letter to businesses and organizations, Gardner has now required mask-wearing in all public indoor spaces in Simcoe County and Muskoka District.

The mask order will be in effect as long as the province remains under a state of emergency. Gardner said he can make changes and update the policy as he sees a need, and depending on the changes that occur in phase three.

Though the mask order has only been in effect a single day, Gardner said the health unit received 1,069 calls last week, and “a great majority” were related to mask use. He said people called to express strong opposition and support of the mask order.

“We certainly have people who are very upset about it,” said Gardner. “Our strongest argument is that we are opening up the economy … as we lift restrictions, there are more opportunities for transmission.”

Gardner said the work people in the region have done to follow restrictions has helped flatten the curve, and noted in other places, such as the southern United States, where restrictions were lifted faster, all control once gained has been lost.