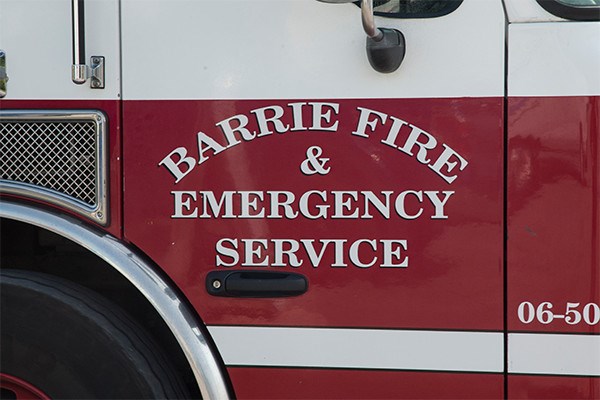 A Barrie Fire and Emergency Service truck is pictured in this file photo.

Barrie Fire and Emergency Service has announced the appointment of Cory Mainprize to the position of Deputy Fire Chief of Operations and Training.

The announcement was made in a service-wide memo from Fire Chief Bill Boyes on Wednesday.

Currently serving as a Captain within BFES, Mainprize began his career as a volunteer firefighter in 1997 before joining Barrie in 2000.

Over his 17-year tenure with the City of Barrie, he has risen through the ranks to the position of Acting Captain in 2007 and Captain in 2013.

Mainprize also became involved with the Barrie Professional Fire Fighters Association in 2001, where he served as treasurer until being elected as Association President in 2010.

Farmers' fields are not for snowmobiling, warn OPP
Jan 23, 2020 6:00 PM
Comments
We welcome your feedback and encourage you to share your thoughts on this story. We ask that you be respectful of others and their points of view, refrain from personal attacks and stay on topic. To learn about our commenting policies and how we moderate, please read our Community Guidelines.