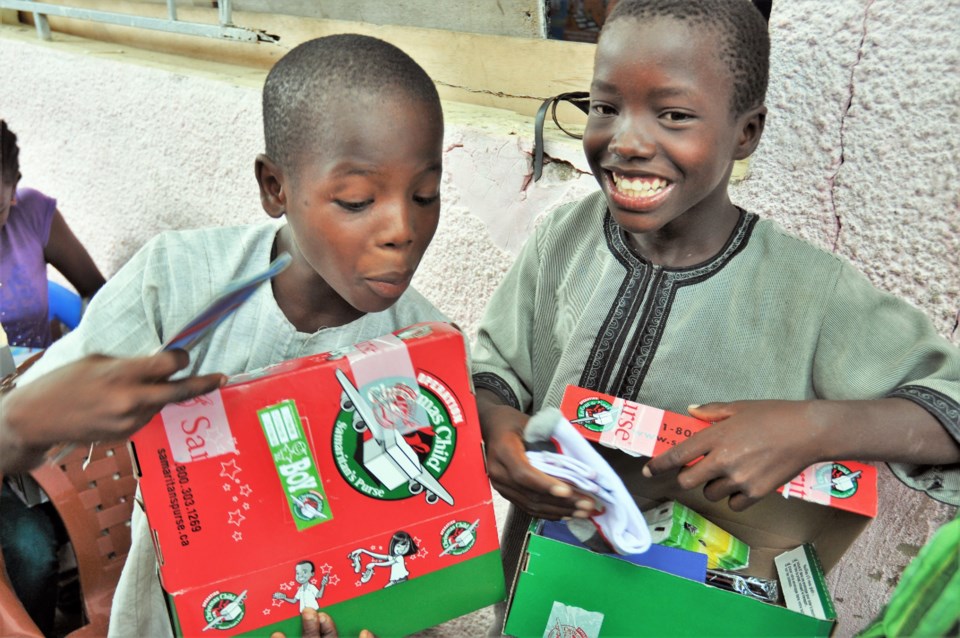 Simcoe County was extra generous this past Christmas.

Nearly 10,000 shoeboxes filled with toys, hygiene items, school supplies and more were packed across Simcoe County and sent to children in Central America and Western Africa this Christmas as part of the 2019 Operation Christmas Child campaign.

“We are extremely thankful to Canadians, many of whom are unemployed or facing significant economic uncertainty, for their generosity in continuing to support this vital program year after year,” said Randy Crosson, director of Operation Christmas Child Canada.

“Each shoebox that someone fills is an opportunity to show hurting children that they are loved by God and by us, and the gifts Canadians have provided will once again bless children — many of whom have never before received a present.”

Thousands of Canadians are taking advantage of Operation Christmas Child’s internet option that enables them to pack shoeboxes all year round at PackaBox.ca. Canadians can choose shoebox gift items while also uploading personal notes and photos.

Since 1993, Operation Christmas Child has collected and hand-delivered more than 177 million gift-filled shoeboxes to children in over 130 countries hurt by war, poverty, natural disaster, disease, and famine.

Local efforts will give kids around the world a memorable Christmas
Nov 18, 2019 11:00 AM
Comments
We welcome your feedback and encourage you to share your thoughts. We ask that you be respectful of others and their points of view, refrain from personal attacks and stay on topic. To learn about our commenting policies and how we moderate, please read our Community Guidelines.