'For me right now, it’s about bringing awareness. Because a lot of people think it’s a genetic thing, and it’s not. If I can get this, anybody can get this'
May 31, 2020 8:00 PM By: Natasha Philpott 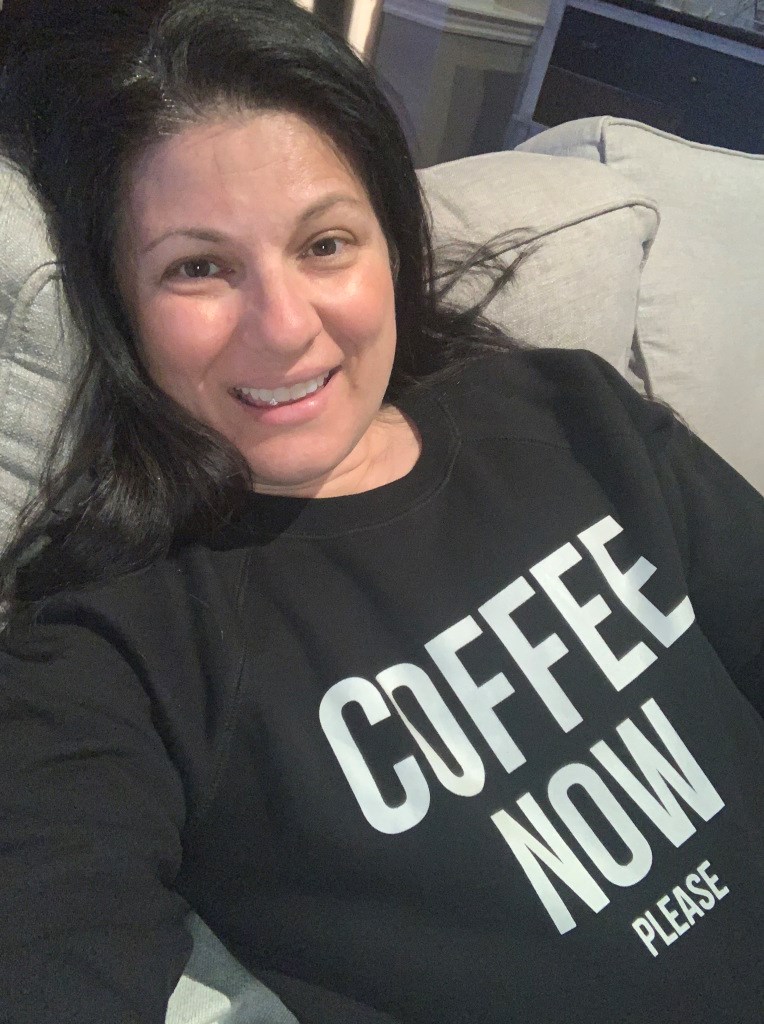 It’s been a few months since Breathe Hot Yoga & Wellness Studio in Bradford shut its doors due to the COVID-19 pandemic.

But this is the least of studio owner Rosie White’s problems at the moment, as she recovers from the mastectomy she had in April after finding a lump in her breast.

It was the Monday of the March Break when White first noticed the lump.

“I looked at the mirror on Monday night and saw a little line that looked like an indent to my bra, and I followed it and there was a lump at the end,” she explained.

“It was very random,” she said, noting that there is no history of cancer in her family.

She said being diagnosed with cancer during a pandemic has been both a curse and a blessing, “Because you are scared, but it takes your whole mind off the whole COVID,” she said. “You realize there’s bigger things in life, and you’re also kind of forced to face your fears by yourself.”

Due to strict policies at the hospital, she had to attend all her doctor appointments alone.

At first she was reluctant about getting the mastectomy, but after thinking it over and speaking with doctors, she decided it was best to have her right breast fully removed, as opposed to having a lumpectomy.

“I didn’t want radiation and I didn’t want chemo, so I said, just take out my breast,” she shared. “For me I just thought that was the lesser of two evils.”

The surgery went well, and White is now recovering at home, while still working as a grade school teacher at St. Marie of the Incarnation in Bradford.

After what she has gone through, her main goal now is to raise awareness to others about breast cancer detection, and encourage women to share their stories of diagnosis, treatment and healing.

“For me right now, it’s about bringing awareness. Because a lot of people think it’s a genetic thing, and it’s not,” she warned. “If I can get this, anybody can get this.”

“Self exams save your life,” she advocated. She encourages all women to conduct their own self exams instead of waiting for their yearly physical appointments.

When she was first diagnosed, she said she started looking for support from others who had been through a similar experience.

“I wanted to hear other people’s stories,” she said.

She said when she was diagnosed, she was overwhelmed and confused with the various appointments with doctors, speaking in medical terms she didn’t quite understand.

“And then you’re left to Dr. Google,” she joked. “But to actually talk to people who have actually gone through it is the most amazing thing you can do,” she shared.

“You hear so much of the negative stuff, but there are so many positive stories,” she said. And her goal is to help share the good stories, instead of the bad.

White has started a new blog to document her journey and share her experience with others. She encourages any other women who have gone through similar experiences to reach out and connect, and read her blog.

“Your stories help other women,” she said. “All of our journeys are different, but they all come from the same place.”

Looking ahead, White will be undergoing reconstruction surgery in Toronto, which will involve inserting skin expanders into the breast.

“I am more worried about this surgery than having my breast removed,” she admitted.

The skin expanders are put under the skin, then for the two to six weeks following, she will go in and have saline pumped into the skin, which will help it to expand to put the saline silicone implants in. They will then augment her left breast so it matches with the newly constructed right breast.

She also recently had a test done called an oncotype, which examines the tumour and determines the chances of a recurrence. She says she will also most likely be put on a hormone blocking medication for the next five years.

Looking back, White is surprised at how calm she has been throughout her cancer journey.

“You don’t have a chance to worry, or a choice,” she explained, crediting yoga for her ability to cope with the situation.

Before starting to practice yoga 11 years ago, White admits she was a very anxious person in general.

“Bad, really bad,” she described her anxiety levels. So she began searching for ways she could help herself.

“You’re looking for anything, for a quick fix,” she reflected.

She started taking yoga classes at Country Zen yoga studio in Schomberg where she got hooked, and eventually decided to open her own studio in Bradford in 2018.

Since opening Breathe, she said she has created a great community of individuals who have helped her get through tough times.

“I just wanted to create a safe space for people to come in and feel good,” she explained.

Although fitness studios have not been given the green light yet to open, White is determined to keep studio members together, a part, and vows she will do everything in her power to keep from having to close down.

Starting in June, the studio will be offering virtual yoga classes.

“We’re all in this together (and) I will do anything (to prevent the studio from having to close down),” she said.

The unlimited online  yoga classes will be $30 a month.

“I am hoping we will be open by September, but who knows,” she said.

Over the past few months, dealing with her cancer diagnosis and the closure of the studio, she says she has received so much support from the Bradford community.

Some of the staff and students from her school St. Marie of the Incarnation even took part in a surprise drive-by parade for her birthday last month.

“I was blown away,” she said. “People have really reached out, and as much as we haven’t been able to physically support one another, the flowers, and the gifts and the well wishes have been so overwhelming in such a good way,” she said.