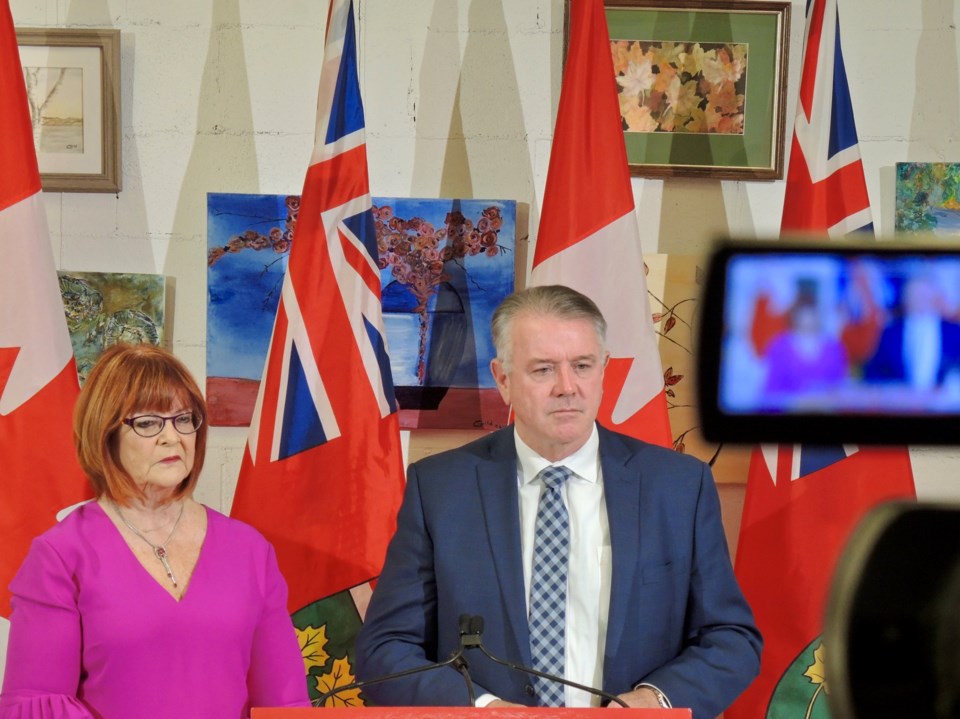 Ontario Labour Minister Kevin Flynn made a stop in Barrie Thursday to tout the province's increase in minimum wage.

The Fair Workplaces, Better Jobs Act, 2017 gives employers until January 2018 to increase minimum wage to $14 an hour and up to January 2019 to raise it to $15 per hour, followed by annual increases at the rate of inflation.

During a news conference at the Barrie Community Wholeness Centre on Maple Avenue, the Minister tried to assuage concerns that the wage increase will force businesses to close.

Flynn disagreed saying experts are telling the government that businesses will flourish.

"I don't buy into the premise that this is going to cause unemployment. That it's going to cause people to lose their jobs. In fact I think it's exactly the opposite. I don't buy the doom and gloom predictions and the vast majority of economists in this country don't buy it either," said Flynn.

Barrie MPP Ann Hoggarth also spoke and she didn't mince words with her message to business owners who say they can't afford the wage increases.

"if you're going to go out of business on the backs of your employees because you can't afford to pay them this, then perhaps you should reassess your business plan and whether you should be an employer at all. This is the right thing to do," Hoggarth said.

The Barrie stop is part of a province wide tour to speak to people about the wage increase.

Flynn and Hoggarth appeared with several guests from a variety of sectors, including small business and a poverty group.

It also expands personal emergency leave to 10 days per calendar year for all employees with at least two paid days per year for employees who have been employed for at least a week.

Vacation time will be brought in line with the national average of at least three weeks after five years with the same emloyer and in cases of domestic or sexual violence, workers can get 17 weeks off without fear of losing their job.