Kubota workers could strike next week over 'wage disparity' 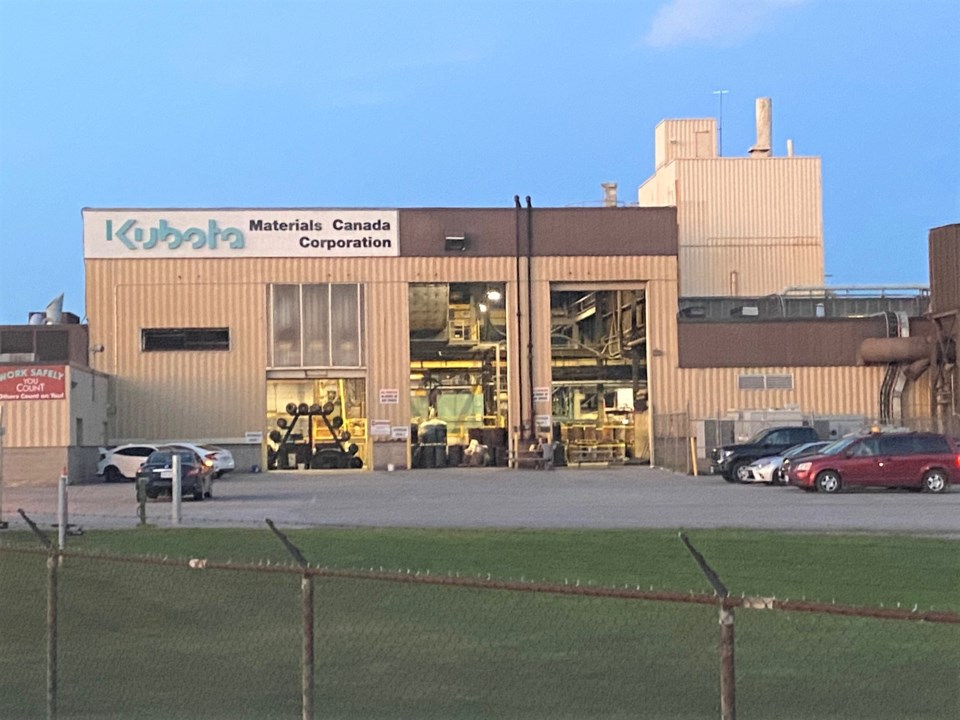 Kubota workers could be headed for the picket line next week if a deal with their employer isn’t reached.

The most recent contract with workers at Kubota Materials Canada Corporation’s Orillia plant expired Jan. 1. Company and union representatives reached a tentative agreement June 11, but when it came time to vote on that agreement on June 30, 76 per cent voted against the deal.

In July, there were two days of conciliation, followed by mediation July 28. The two groups have not met since. The next mediation meeting is Aug. 12. If a deal isn’t reached by 12:01 a.m., Aug. 13, 250 employees will go on strike.

“Hopefully, it won’t get to that point,” said Dale Hogg, staff representative with United Steelworkers Local 9393, noting workers first organized at Kubota in 1993 and there hasn't been a strike during that time.

The “major issue” dividing the union and the company is wages, Hogg said.

“The disparity of the wages between the hourly workers and the management is the main issue,” he said, but would not go into more detail about what that disparity looks like.

If a tentative agreement is reached Aug. 12, there could be another vote. However, when asked if he was confident that would happen, Hogg said, “No.”

“At this point in time, I think the company has gone to their limit,” he said. “It’s a guessing game right now. We have a good working relationship with the company. We’ll see.”

Kubota has not yet responded to requests for comment.

190 days, 190 letters: Man showers wife with love letters during COVID separation
Sep 25, 2020 7:30 AM
Comments
We welcome your feedback and encourage you to share your thoughts. We ask that you be respectful of others and their points of view, refrain from personal attacks and stay on topic. To learn about our commenting policies and how we moderate, please read our Community Guidelines.