Talks are taking place across the country to expand the learning into mainstream school systems
Nov 22, 2020 7:30 AM By: Angelyn Francis 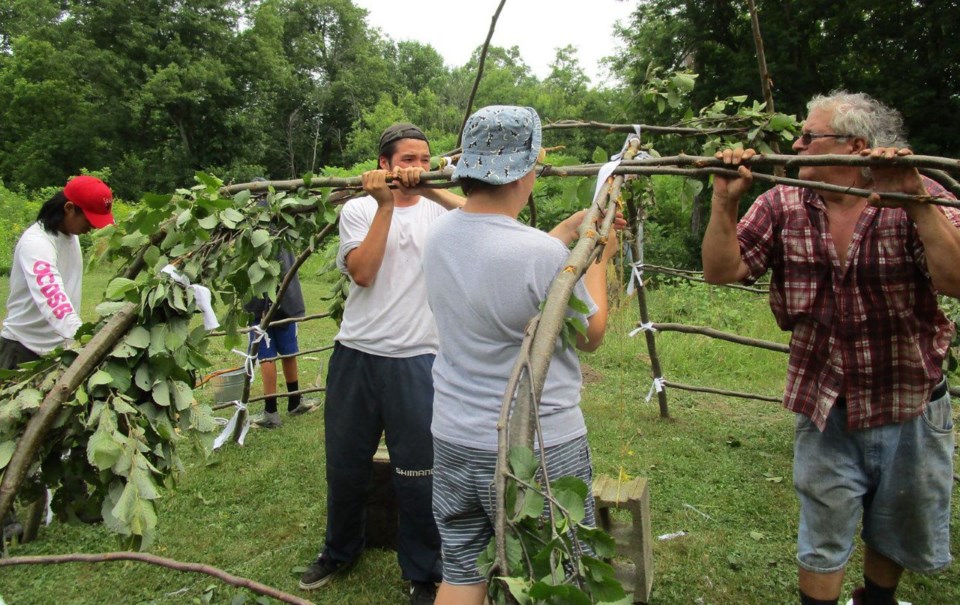 And now, it’s working to bring its program to school boards across  Canada.

Last Monday, Actua’s InSTEM program kicked off a week of roundtable discussions that will take place across the country to work out ways to expand its Indigenous land-based learning into Canada’s mainstream school systems.

Especially with the need for ventilation and physical distancing with the COVID-19 pandemic, it’s the perfect time for school boards to really explore opportunities to move class outside, InSTEM director Doug Dokis said, and the pay off of experiential learning can benefit all students.

“Kids like to play. They’re very inquisitive and they like the outdoors,”  Dokis said. “Teachers have been telling us for years that they want to bring this into the school. It’s systemic change that we’re looking for. And then all  kids can benefit — not just Indigenous kids, but all benefit from this type of  learning model.”

The InSTEM program started 20 years ago and operates nationally through partnerships with post-secondary schools. InSTEM For-Credit hosts both summer camps and school year programs for elementary and secondary school students,  with an opportunity to earn course credits. Its goal is to engage Indigenous youth and increase graduation rates and participation in the school system, while also displaying the ways Indigenous knowledge can be better integrated  into the curriculum.

“Indigenous people have these knowledges, they express them in different ways, though,” said Dokis, who is a member of Dokis Anishinabek Nation. “It’s passed on through story and observation. Whereas in western mathematics or  sciences, those knowledges are expressed through numerical formulas.”

Dokis said engineering, botany, medicine are derived from Indigenous knowledge. The examples are numerous. The birch bark canoe is a feat of engineering. Astronomy, the golden ratio, mathematical sequences all exist in the natural world and come up in Indigenous teachings.

“Physics can be found in that inherent knowledge of interconnectedness that Indigenous people have always known about,” he said.

For Indigenous youth, Dokis said the program shows them that things they’ve learned at home are something to be proud of, rather than ashamed.

“It creates a  whole new sense of self-worth, self-esteem, self-pride in culture, and community,” he said.

Mary Wabano-McKay is director of academic operations and business development at the First Peoples’ Centre at Canmore College, one of the colleges that administer InSTEM programming.

She notes that as a result of colonization and residential schools, there has been a “huge disconnection” in traditional education for Indigenous youth.

“Through the creation of Indigenous STEM-based programs, it’s an opportunity for young Indigenous learners, to reconnect ... with our understanding of the world and the universe around us,” said Wabano-McKay, a member of Attawapiskat First Nation.

She went on to say the benefits are far-reaching and it also “provides an opportunity for learners and educators, to step out of the four walls — the confines of a classroom — and onto the land.”

“There’s great opportunity to develop holistic curriculum and assessment methods that are really out of the box and really teach to where the learner is at,” Wabano-McKay continued. “So, it’s beneficial not only for Indigenous learners, but it’s beneficial to all learners.