From the Big Easy to Swing City 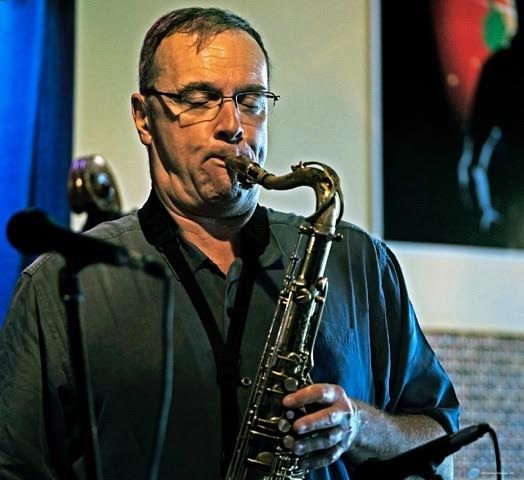 To those who play it well, jazz is always in fashion, still quality stuff and – more than a century after it was first heard – still part of our subconscious.

To saxophone master Chris Robinson and the Swing City Jazz Band, the excitement remains long after the men who introduced the sound departed this world, “because of the strong beat and the collective improvising going on in the band. I think the improvising aspect of the notes the musicians play, and the gospel spirit as its basis, make for an appealing style which people of all ages can appreciate, and dance to.”

Many of us have heard of the jazz masters out of The Big Easy – Scott Joplin, Buddy Bolden, King Oliver, Sidney Bechet, and, of course, Louis Armstrong. But Robinson highlights a couple of players of whom you may not have heard.

“(Clarinet players) Jimmie Noone and George Lewis for me are both crucial and slightly overlooked in the history of jazz. Noone was the original clarinet chair with King Oliver and then moved to and kick-started swing jazz, later to be Benny Goodman’s biggest influence. His tone and virtuosity was of the highest level.”

Lewis’ big contribution was to import jazz to Europe, and especially, , in the 1950s.

“He helped to influence the ‘Trad’ movement that’s still alive throughout the rest of the world. For me, the emotion and simplicity of his playing is the purest form of early jazz.”

The ensemble then gives props to Billie Holliday. Jazz aficionados all have their impressions of Lady Day, and Robinson is no different.

“Billie took great liberties with the melody and stretched out lines and swung like a horn player, so that’s what I think placed her in her own unique category. She may not have had the prettiest voice, but the magic in her delivery was undeniable.”

And nobody handled a clarinet like Goodman, the original 'B.G.'

“I don’t think he was ultra-original as a clarinet player; he just played better than everyone else, Artie Shaw excluded. And the title ‘King of Swing’ was totally earned. (Benny) brought a virtuosity, sophistication and freshness to jazz which was helped by hiring all the best players and arrangers.”

Not that Chris’ band mates are too shabby, either.

“Our drummer, Jamie Aug, played over 30 years with the Climax Jazz Band. His enthusiasm and expertise is always uplifting. Phil Disera on guitar is a master of every style of jazz and pop, so a band leader never has to worry if the chords will be right.

“(Trumpeter) Brian O’Kane is a complete instrumental master and isn’t afraid to take chances. Ron Johnson, our bassist, has done it all in music, but the qualities I like are his big tone and his rock solid rhythm, to drive the rhythm section but keep it steady. Bill Beecroft on trombone rounds out our ensemble with a fabulous full-bodied tone, and an ultra-smooth technique that will make everyone sit up and take notice.”