‘Enough is enough’; Accusations of racism levied as sparks fly during council

Comments followed discussion on a $42K funding request for Shak’s World; 'I am totally disgusted with some of the accusations that have gone on here tonight'
Aug 11, 2020 7:30 AM By: Jessica Owen 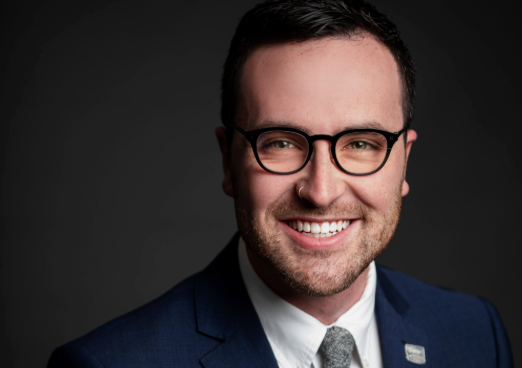 Emotions ran high during Monday night’s city council meeting, where a discussion about a $42,000 funding request to use a city facility for Shak’s World programming turned into councillors hurling accusations at each other of being a part of systemic racism and creating a toxic work environment.

“I have made a very concentrated effort since the beginning of this term to not go after Coun. Aylwin on a personal basis,” said Coun. Sergio Morales. “This is enough. I am so emotionally drained that I now live in fear that anytime I don’t vote the way Coun. Aylwin wants or feels is acceptable that I’m going to be lectured, lambasted and attacked.”

“It’s fine to disagree on the points. The lecturing is collectively exhausting. We should be talking about Shak’s World right now. This takes away from that, and it has happened more than once,” he said.

Shak’s World is an organization that focuses on community and the well-being of youth through basketball. The local non-profit has been searching for a space for a home facility, and was before council asking for $42,000 to rent a space.

While Shak Edwards initially planned to provide councillors with just a presentation on Shak’s World, during the general committee meeting councillors were informed that Mayor Jeff Lehman intended to introduce a motion to provide Edwards with funding through her non-profit to rent a facility space in September.

The timing didn’t sit well with councillors, who voiced concerns about being rushed into making a decision without all the information they may need.

After council returned from a break for a planning meeting on another matter, Lehman changed the motion.

Instead of providing the money outright, the new motion would direct staff in the recreation and culture department to meet with Shak’s World to find opportunities to support her programming, including exploring the possibility of leasing the former City of Barrie Youth Centre at 59a Maple Avenue as well as city facilities to host her proposed programming and report back during the next general committee meeting on Sept. 14.

Lehman apologized for rushing the issue, but said he had few options as committees are on break for the summer, as are most council meetings, and Edwards requires the funding by the beginning of September.

“I heard the frustration previously on this process. I understand councillors feel they’re not prepared given the amount of information that was available to them,” he said. “The only thing I can say is... there simply is no other process available to me to bring this remarkable young community leader to us and ask for council’s financial support to proceed with the program.”

“I’m incredibly saddened by what has happened here tonight, and the way Shak was kind of left out to dry with us and the public,” said Aylwin. “But I think this is a great learning opportunity for all of us.”

Aylwin continued to talk about systemic racism broadly, indicating that it is racism that is pervasive within a system.

“That could be a corporation. It could be a schooling system. It could be a municipal government. Sometimes systemic racism isn’t obvious to those on the outside looking in, especially those who are privileged by the system,” he said.

“Mayor Lehman, Coun. Aylwin is implying that council is being racist to Shak. This is ridiculous,” said Morales.

Lehman responded saying he didn’t hear a councillor accuse council of being racist, and tried to turn the conversation back to the motion on the floor.

“Very obviously there’s a misunderstanding of what systemic racism is,” Aylwin shot back.

Aylwin continued, pointing out that while council was considering a motion to provide a non-profit with $42,000 to rent space for programming, in the past they have approved similar amounts of money for things with, what he perceives to be, a much smaller impact.

“Normally, I would understand the reservation around $42,000, but I found it incredibly striking that just a month ago at a special meeting... we had no problem allocating $42,000 to temporary parking signage to address parking issues along the waterfront,” he said. “(We did that) with no evidence it would even be enforcable or that it would be effective in solving the problems,” said Aylwin.

“I think we need to ask ourselves, why is it that we didn’t hesitate with the $42,000 for temporary signage for three months, but now we’re hesitating for $42,000 for a program for six months?” he said. “This is what these conversations are about. They’re uncomfortable. It’s not some easy thing where you pass a motion saying we condemn racism and that’s it.”

Coun. Natalie Harris shared frustration that until council began at 5 p.m. councillors were told the item would just be a presentation, and were informed at 6:30 p.m. during the meeting that there would be a motion on the floor.

“It was a motion without notice and I understand that, but that motion deserves due process,” she said. “It’s being implied that we have a problem with this program when really we just want time to get some questions answered that are valid. It has nothing to do with the topic of systemic racism and then, to have a lecture from Coun. Aylwin that because we want to have due process that we are not addressing systemic racism is insulting to me.”

Harris continued to push Aylwin on his conduct.

“My question to Coun. Aylwin is, other than standing up at rallies, what are you doing? What evidence do you have that programs you are implementing in your ward right now... are actually addressing systemic racism?” asked Harris. “What boots-on-the-ground programs are you participating in other than lecturing the rest of council?”

“Coun. Aylwin: I am tired of you pouting every time something doesn’t go your way,” said Morales.

“You have created a toxic workplace right now, and you’ve done that for over a year. I’m literally shaking right now," he said. "The very subtle implication that Barrie city hall and us as a council are showing biases tied to systemic racism based on the presentation by Shak; that’s an insult to her, to us and that takes away attention (from the issue).”

“I shouldn’t be living with this fear of being attacked,” said Morales.

Coun. Gary Harvey said he would put support behind the motion, despite him also being disappointed that council wasn’t informed earlier.

“It’s not fair to this girl to only have her 10-minute presentation and then we’re immediately supposed to be making a decision,” said Harvey. “I do have an issue with the whole tone of tonight’s discussion. I hope there’s some lessons learned tonight, because this has got to stop.”

“We cannot, night after night, have the life sucked out of us being reprimanded because we don’t vote the way a particular person thinks we should vote. I don’t understand how one of us thinks they’re higher up than anyone else,” said Harvey.

“I find it appalling. You have no clue what’s happening behind the scenes,” said Harvey. “I am totally disgusted with some of the accusations that have gone on here tonight. Enough is enough.”

Coun. Robert Thomson asked if the funding could be raised privately, if the project could go ahead before council put support behind it. Lehman responded saying that could happen, and it would probably go faster if public money weren’t involved.

“OK. I invite Shak to contact me tomorrow,” said Thomson.

Aylwin put forward an amendment to provide Shak’s World with $42,000 in funding right away. He couldn’t get a seconder for the motion, so it was defeated.

Council then voted unanimously in favour of the mayor’s motion (Coun. Mike McCann was absent), with an amendment added that a business plan also be presented at the September meeting.

Large scale search for missing Bradford teen continues for third day
Oct 30, 2020 11:15 AM
Comments
We welcome your feedback and encourage you to share your thoughts. We ask that you be respectful of others and their points of view, refrain from personal attacks and stay on topic. To learn about our commenting policies and how we moderate, please read our Community Guidelines.