Downtown BIA in 'season of chaos' with big dig, board member resignations

Wayne Hay and Tracey Baker have both said they're stepping down, while council talks around 'issues' within the business association
0
Oct 8, 2019 8:00 PM By: Raymond Bowe 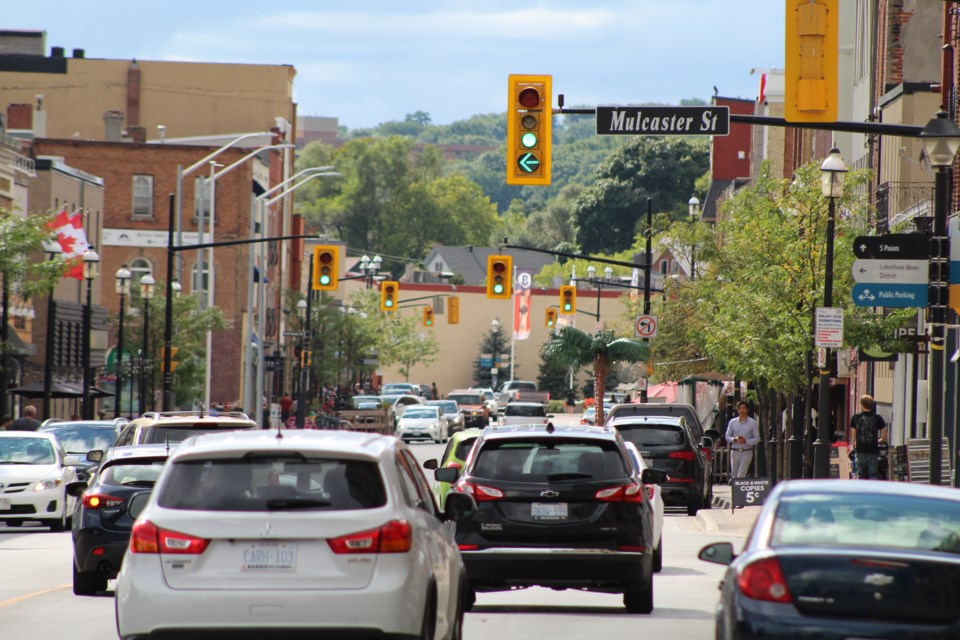 With the ongoing reconstruction of Dunlop Street and the resignation of two its members just a year into their four-year term, the Downtown Barrie BIA is in a "season of chaos," says one city councillor.

Wayne Hay and Tracey Baker, both fixtures of the business association, have tendered their resignations from the 12-member board, raising some eyebrows around the city council table Monday night and highlighting "issues" within the BIA board.

When reached for comment Tuesday, Hay told BarrieToday it was time to focus on other things.

“I put in seven years there,” he said. “We made some wonderful things happen, Meridian Place being among them. I was looking forward to the downtown market and the Fisher Auditorium (projects).

"I felt like it was just time to move on to other things," added the local realtor. "My job is also keeping me busy."

Baker also said it was a tough decision to step down, but the downtown merchant wants to focus on her business and the community.

“I was into my second term, so I have actually been a member for four years prior,” Baker told BarrieToday. “I just found the way things are going, particularly with my shop and it getting busy, I just need the time and energy to focus on those things.

"I am also very involved in the community personally, outside what the BIA is doing, and I really needed to direct my attention to that," she added.

Downtown BIA chairperson Denise Tucker says she understands the reasoning behind the resignations.

“They have a choice to make on what they can give as far as their time. They made that choice and I respect that,” Tucker told BarrieToday. “We’re still full steam ahead and have a lot on the go. We need to focus on promoting downtown, always, but particularly while construction is happening.”

At Monday night's general committee meeting, in addition to accepting the resignations, council gave initial approval to filling the vacancies and requesting a third-party governance review of the BIA, which is an entity under the Municipal Act but doesn't report directly to council.

Coun. Clare Riepma, the city's appointee on the BIA's board of directors, said it has also been discovered that there are two constitutions, "and nobody knows which one is the right one."

Coun. Keenan Aylwin, the city's other appointee, said there've been "some governance challenges" and a review would be a "heightened priority" for the BIA board.

It was abundantly clear throughout the nearly hour-long discussion Monday night that there were "issues" with the Downtown BIA, it remains unclear exactly what those are.

"I don't want to use the word 'chaos', but I'd only heard that about 14 times over the weekend," said Coun. Mike McCann, adding he hopes a governance review will help straighten things out.

The Ward 10 councillor said he didn't want to get into detail, but the BIA is "going through a season of chaos right now because of maybe a few members. And I'm sure there's always three sides to every story and I've gotten very few from the board."

McCann said Hay, "a pillar of the community," has left the BIA "and that's a huge deal... and no one is asking why. I know why, but I'm not going to say it publicly." He said the BIA needs to sit down and figure it out themselves, "because this is embarrassing. This is a scratch, this is a scar, on the City of Barrie why we're here right now."

"We have a ton of social issues, construction issues and promotional goals," she told BarrieToday. "It's a busy board, but we make it work. We don’t always agree, much like city council doesn’t always agree, but we have a job to do.

"Council can often look a little chaotic with their talking around each other and disagreements, which, by the way, most of the time Coun. McCann is in the middle of," Tucker added. "But we all do our best to make it work.”

BarrieToday reached out to other board members today, but they declined comment.

"It is true that we have had some issues on that board," Riepma said. "It's also true that every one of those people that are there have their heart in the right place and wants to see that board succeed."

As far as filling the two vacancies, Mayor Jeff Lehman noted the BIA board has begun the process of recruiting people to fill the positions. He said the intent is to also include a "broader range of candidates" to see if others come forward who may have relevant experience but who are from outside the downtown business area.

"Let's emphasize the need for governance skills to come into the mix on the board," the mayor said. "I have only positive things to say about what the Downtown Barrie BIA has accomplished for our community."

"The difficulty that we have in the board is really dramatized by this whole selection process," said Riepma. "It's a governance system that's not working, even in their own selection process."

Coun. Natalie Harris said she was "uncomfortable" with the discussion and wished the meeting was in camera "to find out why this drastic move had to come to us. I think maybe things aren't being said, because we aren't in camera, to be respectful."

Deputy Mayor Barry Ward: "We're going to have trouble recruiting someone if they're watching this."

A final decision on how city council will proceed is expected at their next meeting on Oct. 28.

There are no council meetings on Oct. 14 due to Thanksgiving and Oct. 21 due to the federal election.

— With files from Shawn Gibson

Erratic driving leads to impaired charges for Innisfil man
Jun 3, 2020 11:25 AM
Comments
We welcome your feedback and encourage you to share your thoughts. We ask that you be respectful of others and their points of view, refrain from personal attacks and stay on topic. To learn about our commenting policies and how we moderate, please read our Community Guidelines.