'The reality is we’ve had a shift — a decrease in the non-residential water and wastewater use, and an increase in the residential,' says mayor
Jan 22, 2021 12:00 PM By: Bob Bruton 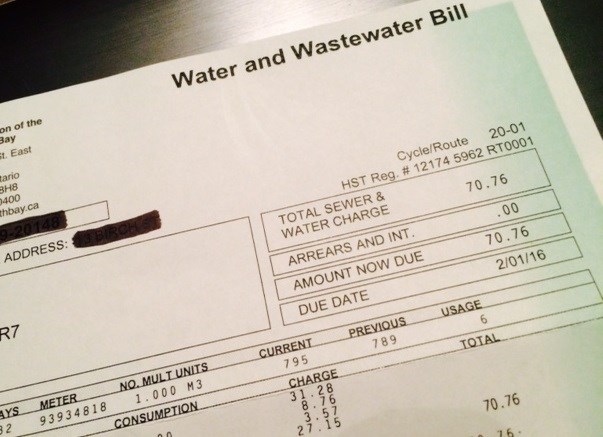 Barrie residents are getting some help in slowing the flow of their water and sewer bills.

As part of budget talks, councillors have approved freezing wastewater rates this year, asked staff to design a support program for low-income families and small businesses, and look at bill deferral options for city households.

“The reality is we’ve had a shift — a decrease in the non-residential water and wastewater use, and an increase in the residential,” said Mayor Jeff Lehman. “That means our taxpayers, our average household, is being hit harder because they’re home and the realities of COVID are driving up water (and sewer) bills.”

Lehman said both water and sewer rates generate large surpluses — needed to fund capital works, pipes and pumps, across both systems — but the wastewater reserve is more than $50 million and can better survive frozen rates this year. Water reserves are not to the same level, so that 2.48 per cent increase stays in place.

Just as important in this decision is city data on those water/sewer customers in arrears. On Dec. 21 arrears were $1.1 million during an 84-day span; during the same period in 2019, arrears were $728,000, Lehman said.

“So that is a lot of people who aren’t paying their bills right now,” he said. “That tells me that there is some pressure, some residents are struggling, there’s just no question.

This means the wastewater base operating budget, with gross expenditures of $37.4 million, would draw the same amount from wastewater reserves and the contribution to the wastewater capital reserve would be reduced by the amount of the impact, $1.5 million.

Councillors also approved a motion that city staff design a support program for low-income households, similar to those in place at electric and gas companies, in order to assist those in financial need with timing of bill payments, or relief. It would not be designed to encourage additional consumption and the financial impact would be limited to no more than two per cent to the water and wastewater departments' overall budgets, and include similar eligibility criteria used as part of the RecAccess program.

Staff would report back to the finance and corporate services committee by April 2021, and the plan would later need council approval.

“We already help our residents with payment schedules — if they get a big bill, they can pay it out over time,” Lehman said. “We’re generally pretty understanding as a utility when it comes to people’s water and wastewater bills.

“However, there is no relief for those who are simply unable to pay and when arrears go up, we don’t get the money anyway,” he added. “The offer of a little bit of help can often result in the rest of the bill being paid, when otherwise none of the bill was going to be paid.”

Coun. Sergio Morales added to the motion that this subsidy is not to be greater than 40 per cent, a hard cap.

Staff will also identify the impacts of potential water bill payment deferral scenarios to assist households with the impacts of COVID-19 during 2021, and report back to the finance and corporate services committee at its February 2021 meeting.

“This is just repeating what staff did right at the start of COVID,” Lehman said. “This is not bill relief, to be clear… this allowed people to defer paying their bills.”

City council will consider final approval of these measures at its Jan. 25 meeting, as part of the 2021 operating and capital budget, which sets property taxes and service levels.