Here to Help Barrie aims to connect vulnerable people in Barrie with services
Jul 13, 2019 7:30 AM By: Jessica Owen 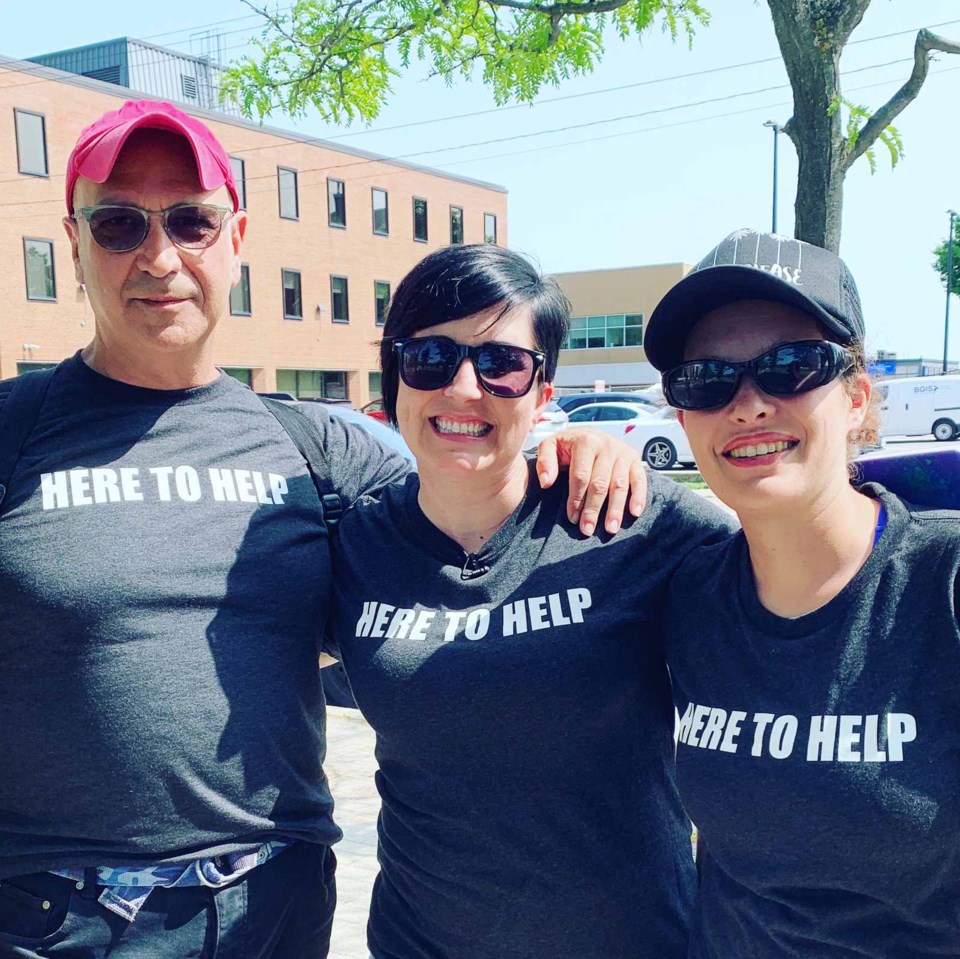 Coun. Natalie Harris is spending some of her time this summer leading the charge on a new grassroots outreach movement – called Here to Help Barrie – that aims to shed a light on the cracks in accessibility of services for the city’s homeless and vulnerable.

“We’re just a volunteer group of people who want to educate. Maybe people don’t know about the David Busby Centre, or The Gilbert Centre, or what kind of resources Barrie has because we actually do have a lot of great resources here,” said Harris.

“We’re here to compliment services that are already established.”

All three of the trailblazers on the project have unique experience they bring to the table. Marc Hanumen Cohen has background with the LGBTQ community and Patty Stapeley found herself dealing with addiction in her late teens, and is hoping to give back now that she’s clean.

“Former Ward 2 councillor Rosa Romita met Patty, who lives downtown. (Patty) already did a kind of outreach program, talking to people who are homeless or dealing with addictions and tried to provide them with resources in Barrie. She also tried to just be there for them and provide friendship,” said Harris.

“Rose knew that I had also been through addiction and treatment, so she suggested we should meet up, talk and have a coffee. So we did about three weeks ago,” she said.

Harris said Stapeley shared with her the experiences she’d had approaching people on the street.

The name for the program came from a suggestion from a vulnerable person Stapeley came across in her travels.

“One thing they mentioned is we should identify ourselves somehow. So, maybe get some T-shirts to show that you’re together. That’s how the name came up,” said Harris. “I said, what should we even put on them? Just like, ‘Here to help’? And that’s it. It just stuck.”

The group has done one outreach day so far in Barrie’s downtown, with plans to do another next week where they’ll be visiting a tent city at Milligan’s Pond.

“It’s guided by Patty. Trust is a big thing. In order to have someone open up to you and even ask for services they may need, when they’re at a level of living on the streets or are marginalized in some way, trust has to be there,” said Harris.

During their initial trek out into the community, Harris said she was surprised to find some gaps in services specifically for people who are on the autism spectrum.

“That was really interesting to me,” said Harris. “(A woman) said she didn’t have trouble finding resources for housing, but she did have trouble taking care of (her autism needs). That made me wonder, are we missing out on other medical conditions?

“People aren’t always out on the streets just because of addiction,” she added.

Harris said grassroots projects like this one are important to her not just as a politician, but as a person.

“Being a recovered addict, recovery never goes away. Being a paramedic for 11 years, I was on the streets as part of the community helping patients,” she said. “I was looking into people’s eyes and holding people’s hands. I miss that, and it was a really important thing.”

“I am a politician now, but that’s still part of who I am. It’s like my purpose,” she added.

Harris said her long-term goals for the project are to be able to mentor Stapeley to a point where she can run program on her own.

“I’d like to be able to give her as many tools as possible to be successful,” she said.