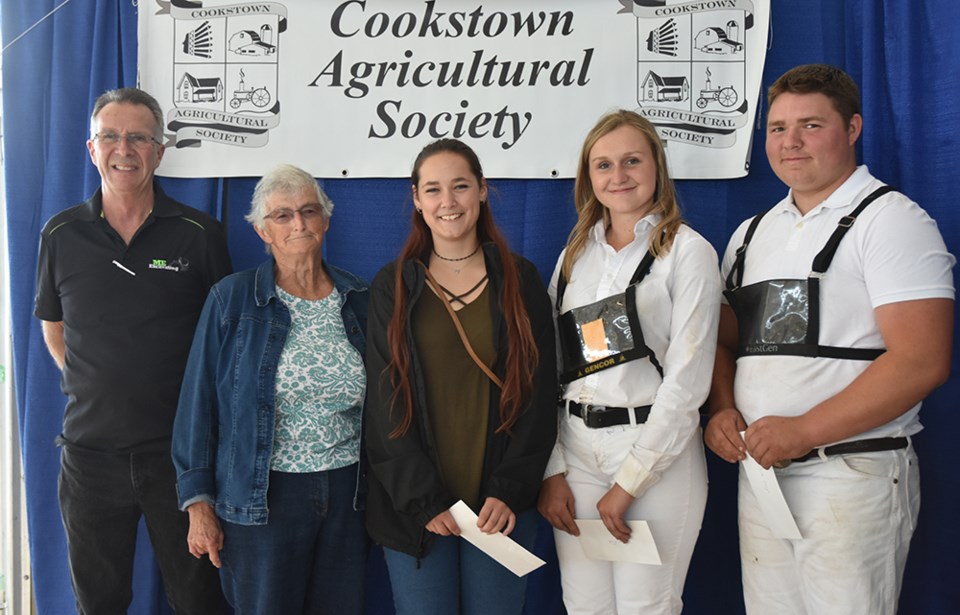 Records show it may have held its first fair in 1858. The fairs became an annual event on the group’s fairground property in Cookstown starting in the early 1900s.

At one time, the fairgrounds even had a race track and bleachers.

But in 2006, faced with dwindling attendance and rising costs, the Cookstown Agricultural Society made the painful decision to sell its fairgrounds to the Town of Innisfil, for a new Cookstown library, community centre and park.

With the money received from the sale – less than if they had accepted an offer from a developer – the agricultural society refocused on rural youth and the 4-H Program, a rural youth program whose motto is 'learn to do by doing.'

The society provides financial support to local 4-H clubs and hosts the Cookstown 4-H Achievement Day at the Barrie Fair, held on Aug. 23 this year.

It also presents an annual bursary to graduating students going on to post secondary education, who are South Simcoe 4-H members or past or current members of the Cookstown Agricultural Society.

This year, three bursaries were presented. 4-H members Emma Finch, Kristen Gardner and Jack Lange each received a cheque for $1,000.

“It will help cover costs for my tuition, textbooks and living expenses,” said Finch, who is attending the University of Guelph this fall to study animal science.

Lange, who is enrolled at Humber College for arboriculture, said he will be using the bursary to purchase the arboreal climbing gear he’ll need for the course.

“I looked into agriculture, and I really love that, but I love script writing, too,” Gardner said, adding that her goal at some point is to create documentaries that reflect her agricultural roots to take her two interests “and mash them together.”

She will be spending her bursary on tuition, and camera equipment.

The bursary is presented annually.