'We do not have a proposed site and we don’t have a set of proposed sites,' says Dr. Lisa Simon, associate medical officer of health
Mar 6, 2019 7:00 PM By: Raymond Bowe 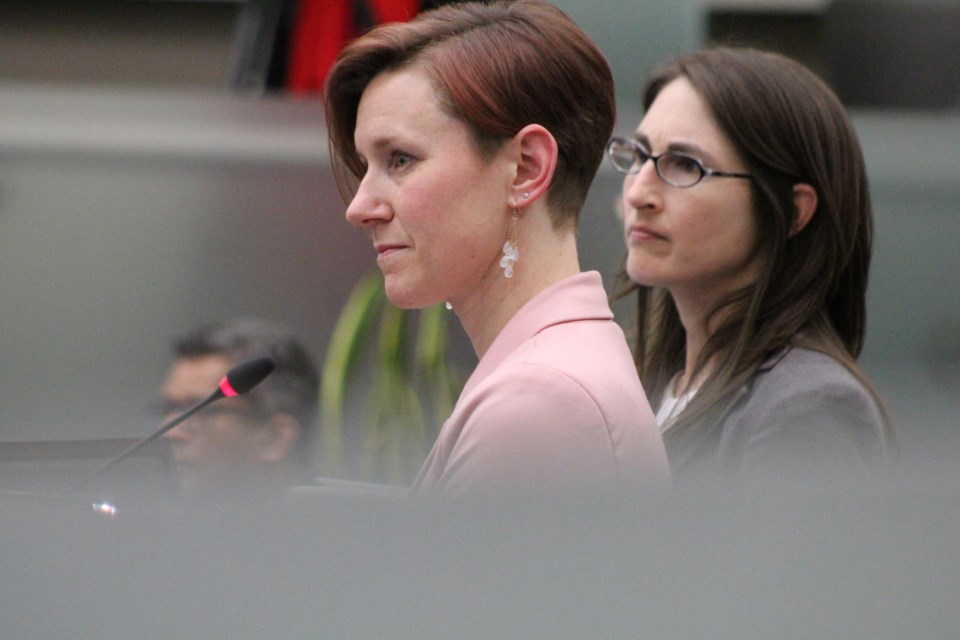 Although the application for a Consumption and Treatment Services (CTS) facility hasn't been completed, sent to the province or even been approved, its potential location remains a burning question for some people.

“We do not have a proposed site and we don’t have a set of proposed sites,” said Dr. Lisa Simon, associate medical officer of health with the Simcoe Muskoka District Health Unit, which is one of the agencies putting together the local application, alongside the Gilbert Centre and the Canadian Mental Health Association (CMHA).

Site criteria is being considered, Simon said, which would include placing the CTS in an area where drug use is already occurring.

All arrows point to the downtown Barrie, where there have been complaints about open and flagrant drug use, as the likely target.

“For right now, with the data that we have … the highest rates (for medical attention) originate in the area surrounding the downtown vicinity, bordered by St. Vincent, (Highway) 400, Tiffin and the lake," Simon said of the area that has witnessed has four times the rate of other Barrie neighbourhoods.

Barrie has the third worst opioid problem in the province for cities with more than 100,000 people. In 2017, there were 78 overdose deaths in Simcoe Muskoka, including 36 in Barrie. This has led to local health officials pursuing an CTS site in the city.

However, Morales says he has heard concerns from residents about the lack of potential sites being mentioned, despite talks that have been ongoing for several months.

"If you don't have a site, some people feel that just isn't proper," said the Ward 9 councillor.

Simon said they did not want to have a site selected before embarking on a "fulsome" engagement process, which is currently underway for the CTS application, including a drop-in meeting on Wednesday, March 20 from 4-8 p.m. at Barrie City Hall.

It would also be "concerning" to come out with potential sites so early in the process, she said, adding there could also be issues as it relates to the city's zoning bylaw.

"We're moving as expeditiously as we can and the most time-consuming part of this is the consultations," she said. "We have a really long list of folks we're trying to consult with. Right now, that's been where the predominant amount of our energy has gone."

Now that they have started to gather input, that information will be included in the CTS application, which will also be brought to city council for possible endorsement.

"We want to make sure that the options are going to be appropriate," Simon said. "If there are going to be landlords that are willing, then we can have more specific conversations about site. Once we have a specific site in mind, we do plan to have very site-specific consultations with the people who are going to be the most affected."

Local resident Liz Saul also spoke to council Monday night about the issue, as a representative of the Barrie Downtown Community Coalition, which she said is a group of people who live downtown or own businesses there.

The group supports a CTS facility in the city, but is concerned about placing it downtown.

"Many real people who have become sober from addictions live in low-income rooms in the downtown area," she said. "The downtown must remain safe for those who have fought addiction, and won."

Community discussions include people who live in the neighbourhood as well as business people.

"That's part of the timeline we're going to have to work through," Simon said. "Our dilemma around the timeline ... is that we want to get our application in before the province closes the door."

The province has asked for CTS applications to be submitted "well before April," however no firm drop-dead date has been set, Simon said. Local health officials say they don't expect to meet the loose deadline, but continue to work away on the application through public consultations.

The doctor said they want to do as much community consultation as possible while also working within the application timeline, as well as before city council recesses for the summer.

"We will have to strike the best balance and work with council ... to address this pressing public health crisis in our city while also having adequate consultation," said Simon, who also expects community talks to be complete before the provincial or federal governments make any decisions on a local application.

Consumption site application expected to miss provincial deadline
Mar 6, 2019 1:45 PM
Comments
We welcome your feedback and encourage you to share your thoughts. We ask that you be respectful of others and their points of view, refrain from personal attacks and stay on topic. To learn about our commenting policies and how we moderate, please read our Community Guidelines.