City hall goes to the dogs 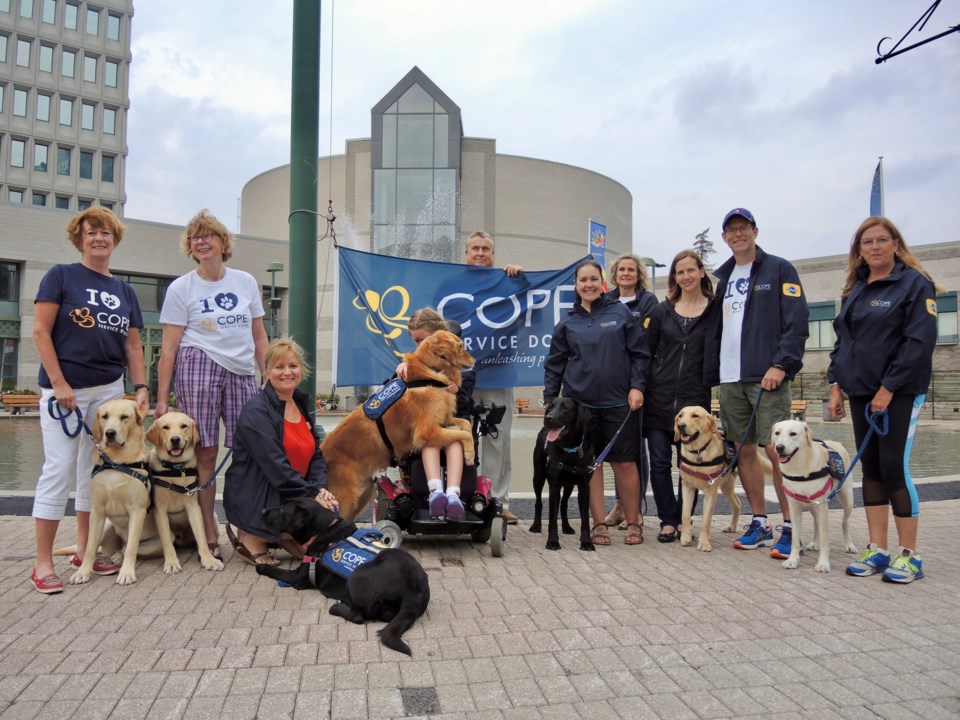 A flag raising was held at city hall Friday morning to mark the beginning of International Assistance Dog Week.

The event was used as an opportunity to raise awareness about COPE's urgent need for community support.

The registered charity that trains service dogs for people with physical and mental challenges has run into a financial bind.

Seven, one-year-old COPE service dogs-in-training, some of which showed up at city hall, are in jeopardy of not completing their schooling without additional funds.

Councillor Shipley said he and his council colleagues will do what they can through social media to publicize COPE's plight and try to generate support.

BarrieFolk joins forces with Mariposa festival to present three 'music icons'
Feb 27, 2020 5:00 PM
Comments
We welcome your feedback and encourage you to share your thoughts on this story. We ask that you be respectful of others and their points of view, refrain from personal attacks and stay on topic. To learn about our commenting policies and how we moderate, please read our Community Guidelines.