Busy beavers cause lots of dam problems in Barrie

'The killing of beaver often causes a great deal of controversy within the city that’s really difficult for people to deal with,' says Animal Alliance of Canada
Jul 19, 2021 9:15 AM By: Bob Bruton 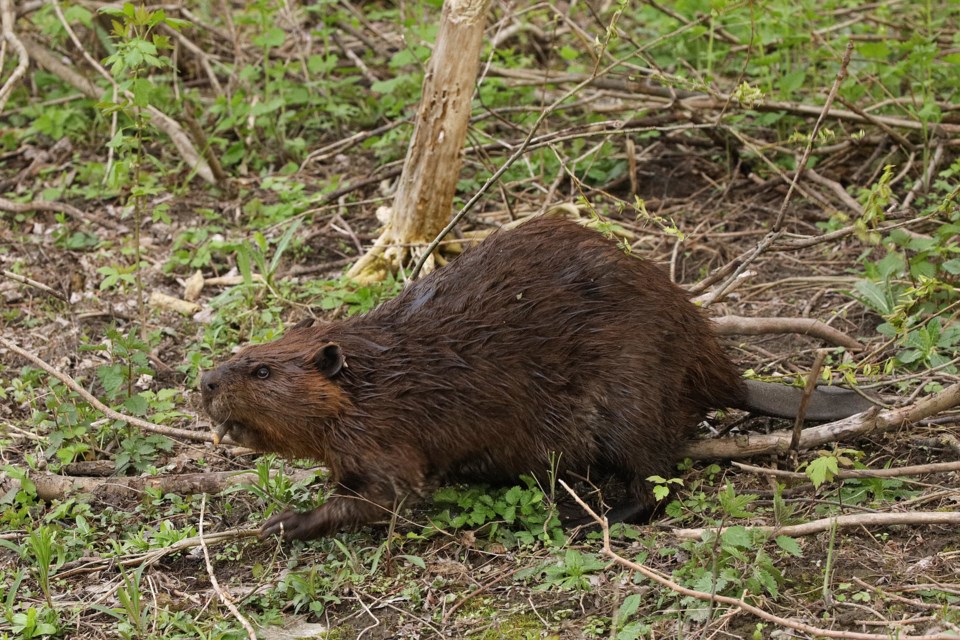 A beaver drags its meal back to the lake. Greg King for NewmarketToday

About 30 times a year, one of Canada’s national animals becomes a pest in Barrie and needs removing.

Beavers like to down trees, move them around, build dams and block waterways - even in urban environments - and sometimes the only option is to trap them.

“The problem is city wide and occurs regularly from spring to fall,” said Dave Friary, the city’s operations director, of beavers. “The damage ranges from tree removal to the blocking of pond outlets, which results in a flooding risk to adjacent neighbourhoods and properties which expands to properties downstream of the pond.

“Sometimes there are stormwater ponds that also have beaver issues,” he said. “The most common places beavers are found is in stormwater ponds adjacent to environmentally protected areas, or in the outskirts of urban areas in the city.”

The cost to trap a beaver depends on the number of times the trapper must visit the site, Friary said, but the average is approximately $300, about 30 times annually in Barrie.

Beavers in stormwater pond locations can also be relocated, but sometimes the city is unable to successfully relocate the beavers so they don’t return to the same spot, Friary said. And Ontario’s Fish and Wildlife Conservation Act only allows them to be moved as far as one kilometre away.

“The relocation of beavers is regulated under Ontario’s Fish and Wildlife Conservation Act,” said Jolanta Kowalski, who is with Ontario’s Ministry of Northern Development, Mines, Natural Resource and Forestry.

“It is not encouraged as an option because relocating the beaver to another area can move the problem elsewhere, can transmit disease among beaver colonies and can introduce a beaver into established beaver colonies which could result in the beaver’s death," said Kowalski.

“Our ministry staff work closely with trappers to monitor the harvest and apparent abundance of beavers on their individual traplines across the province,” she said. “The ministry’s primary focus is the management and protection of the species through restrictions on hunting and trapping, imposition of quotas and open seasons, and protections for their dams.

“Legally trapped beavers can be killed,” Kowalski said. “The Fish and Wildlife Conservation Act (FWCA) provides for the protection of beaver dams and makes it illegal to intentionally destroy them unless specifically exempted by the FWCA or authorized by our ministry.”

And there are other options. The city has at times used small wire structures called ‘beaver bafflers’, which are placed around the outlet pipes in stormwater ponds - allowing the water to properly flow through the pond without causing flooding in the nearby neighbourhood, and does not disturb the beavers, Friary said.

But when beavers cannot be relocated so they can’t return, or the beaver baffler doesn’t solve flooding issues, a trapper is called.

“When this occurs the city has exhausted all actions and cannot properly protect public and private property from flooding and the city has the duty and authorization from the province through the Fish and Wildlife Conservation Act, to hire a trapper and manage the beavers accordingly,” Friary said.

“We contract the service out to a provincially approved trapper who uses a variety of methods of removal that can be found on the provincial website,” he said. “We indicate as part of the contract that methods used need to be humane and within provincial guidelines. Each circumstance may be unique and up to the trapper.”

Coun. Ann-Marie Kungl wanted it clear the city has humane policies when dealing with beaver problems.

“It is a humane process,” said Andrea Miller, the city’s general manager of infrastructure and growth management. “(The city is) always looking for additional opportunities to ensure that beavers and their habitat are maintained in a humane fashion.”

Liz White is with the Animal Alliance of Canada, which operates in municipalities that have conflict with wildlife, in an attempt to address these conflicts in a non-lethal manner.

“The killing of beaver often causes a great deal of controversy within the city that’s really difficult for people to deal with,” she said.

White said there are solutions other than just removing a beaver.

“We produced a beaver mitigation manual which shows how to do stormwater management ponds and a variety of other situations where beavers cause flooding and therefore structural damage in municipalities,” said White, addressing Barrie city council recently.

She said most municipalities, when they have a beaver issue, call the Ministry of Natural Resources, which provides phone numbers for a number of trappers, and the trapper removes the beaver.

“And that sounds like a pretty easy way to deal with the situation, but the fact of the matter is when you look at the situation in total, the cost of doing that plus removing the dams and blockage of drainage ditches and all sorts of different areas where beavers might cause conflict, the cost to the city is significantly greater than dealing with things like beaver bafflers, different types of flow devices, including in stormwater management ponds, that allows the beaver to stay, that allows the municipality to deal with the diversity that the beaver brings, while preventing flooding,” White said.

These devices do have to be maintained two or three times a year, she said.

Beavers have been in Barrie’s news of late.

Council decided last month that any funds raised beyond $200,000 for the landmark ‘Heart Barrie’ sign, to go in Heritage Park, where no donation receipts have been issued, be donated to ‘Save the Beaver’ and ‘Save the Turtle’ programs in the city.