A young songwriter with 'Twenty/Twenty' focus 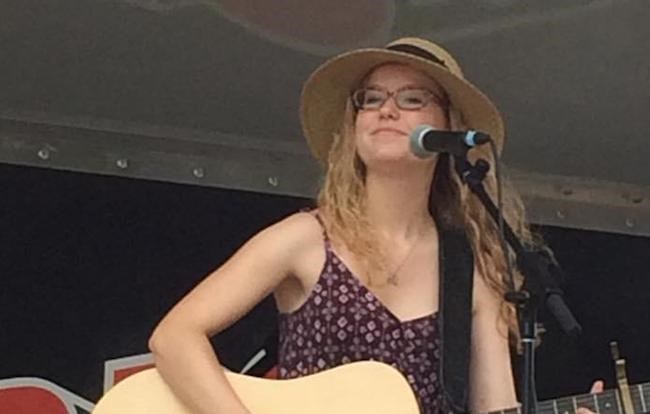 October will be busy for Midhurst’s Alyssa Tess. The 20-year-old singer-songwriter will be out with her first professionally-produced EP called, appropriately, Twenty/Twenty, and will be releasing it at the Midhurst Community on Saturday, Oct. 14.

Tess tells Barrie Today she’s particularly proud of the cuts on the album and “how they reflect my moods, emotions and songwriting abilities. I also love the arrangements because they are full and complex.” Tess also says she used crowd-funding to come up with the resources to finish the album with experienced musicians she’d met living in Toronto.

Singing, and writing, songs is something Alyssa has had in her blood since she could first remember – having written her first piece at 10 in memory of a favourite uncle. Her background in songwriting was enhanced by a school program called Stellula Music, which gave her a lot of positive feedback.

“Sometimes the lyrics come from emotional events, and sometimes my best creativity comes from a deadline.”

One tune, My Guitar, which can now be found on iTunes and elsewhere online, tells the story of her first ‘axe’.

“My mom bought from an old man who loved it, but couldn’t play it any more because of his arthritis. His only request was that this guitar be played by its new owners. You will see that guitar in many of my photos and I wrote this song in tribute to the man.”

Building her career hasn’t depended on TV shows like The Voice, America’s Got Talent, The Launch, or any of the Idol shows, unless one counts an appearance at Midland Idol when she was seven. An audition for YTV’s The Next Star proved a disappointment.

But, maybe that’s the point: Tess seems more focused on the writing and performing end of things, less on the prospect of stardom.

“I would like to make a living doing what I love – which is creating and sharing my music. I don’t need to be a huge name to make my mark, but I could live with the kind of notoriety of other successful Canadian musicians, like Ruth B or Ria Mae.”

“There’s just so much going on in Toronto and the music scene is so alive. There seems to be a niche for everyone and it’s all so accessible.”

“I have had the opportunity to work with some incredible mentors and to play in a variety of venues – from small places like The Cavern, to the Mod Club last December. All of my experiences in Toronto have helped to refine my skills as a singer/songwriter and they have helped me grow. I still have lots to learn but I’m enjoying the journey so far.”

Two of the four self-penned songs on the EP of which Alyssa is especially proud are Missing You and One Life.

“I wrote Missing You about a year and a half ago. I’ve been in a long-distance relationship for the last few years and as everyone knows, that has its challenges. One night when I was feeling down about it, this song just poured out.”

As for One Life, “In the last few years, I’ve really had to learn how to stop trying to please others and to accept myself. It’s all about remembering who you are and doing what you need to do that’s right for you.”

The release party for Twenty/Twenty will be held at the Midhurst Community Centre on Saturday, Oct. 14. For more, click here.

A timely reminder that pets shouldn't be left in hot vehicles
Jul 6, 2020 4:45 PM
Comments
We welcome your feedback and encourage you to share your thoughts. We ask that you be respectful of others and their points of view, refrain from personal attacks and stay on topic. To learn about our commenting policies and how we moderate, please read our Community Guidelines.