'Everybody has an immense amount of stress over this COVID-19 and we are trying to take every precaution possible,' says union president
Mar 21, 2020 1:34 PM By: Shawn Gibson 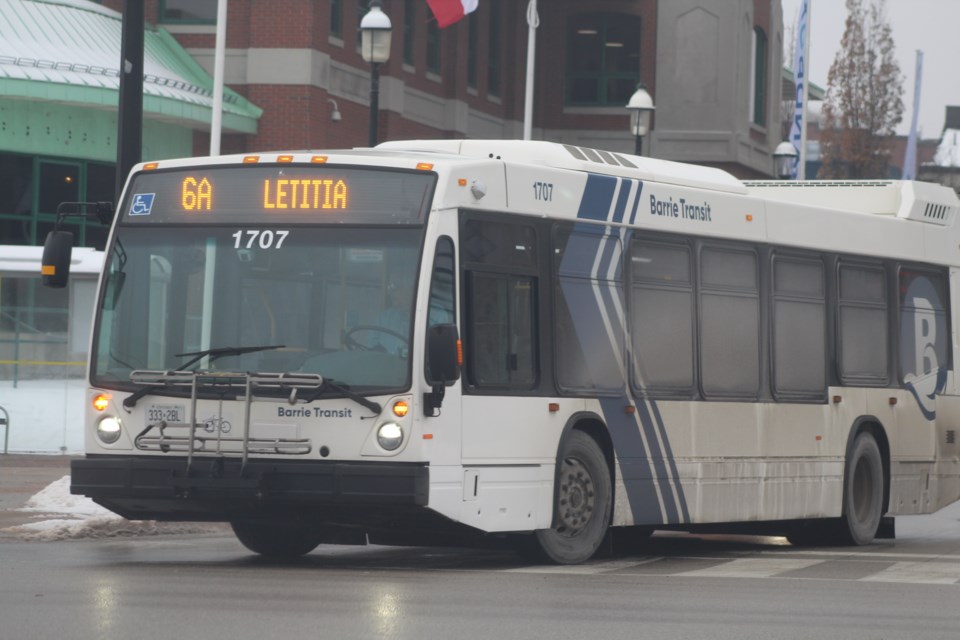 A Barrie Transit bus is shown outside the downtown terminal in this file photo. Raymond Bowe/BarrieToday

There was a brief disruption in Barrie Transit service this morning after around 10 drivers walked off the job, citing safety concerns over COVID-19.

The situation has since been smoothed over and service is expected to return to normal as the day progresses, officials say.

City bus drivers refused to take the wheel Saturday morning when their shifts started around 7 a.m.

Their union president, Cory Trew from Amalgamated Transit Union Local 1775, told BarrieToday some drivers had concerns over safety measures that were put into place Friday, but were then removed “with no explanation to the workers or the union whatsoever,” he said.

Trew said the situation was “remedied internally and, moving forward, it should be as close to business as usual as we can get.”

Drivers were lined up to get back on their routes around 11 a.m., as their buses started rolling out.

One of their major concerns was the entrances onto the buses. On Friday, as the city made the move to provide free transit service until April 6, drivers were told they could allow riders to enter the bus through the back doors as a precautionary measure to limit contact between bus drivers and transit users.

Trew said workers are still out on the front lines, dealing with the public on a constant basis, and they believe they need to have every precaution in place.

“We did start into a work refusal for an unsafe work condition. Everybody has an immense amount of stress over this COVID-19 and we are trying to take every precaution possible,” said Trew.

“We had been in contact with the Ministry of Labour and moved forward, leaving it at a Stage 1 work refusal," he added. "At this point in time, we’ve remedied it internally and moving forward it should be as close to business as usual as we can get.”

City communications director Scott LaMantia told BarrieToday that approximately 10 bus drivers refused to work, but that their concerns were addressed.

The city issued a statement on the situation around noon, Saturday.

“This morning, we had a work refusal from some Barrie Transit drivers. This resulted in a reduction of service,” read the statement. “The Ministry of Labour was called to investigate.

"The remaining buses which were not in service have now been placed back into service," the statement added. "Our staff is working with the contractor to alleviate concerns from drivers by blocking off the first couple rows of seats behind the driver.”

Riders can check the Live Bus Map at MyRideBarrie.ca before heading out for up-to-date schedules.