The business of dying: Funeral industry adapts to life with COVID

'When people couldn't gather for services, or that number was small, it didn't even look after the majority of families,' says funeral director
Mar 21, 2021 7:00 PM By: Brian Lockhart, Local Journalism Initiative 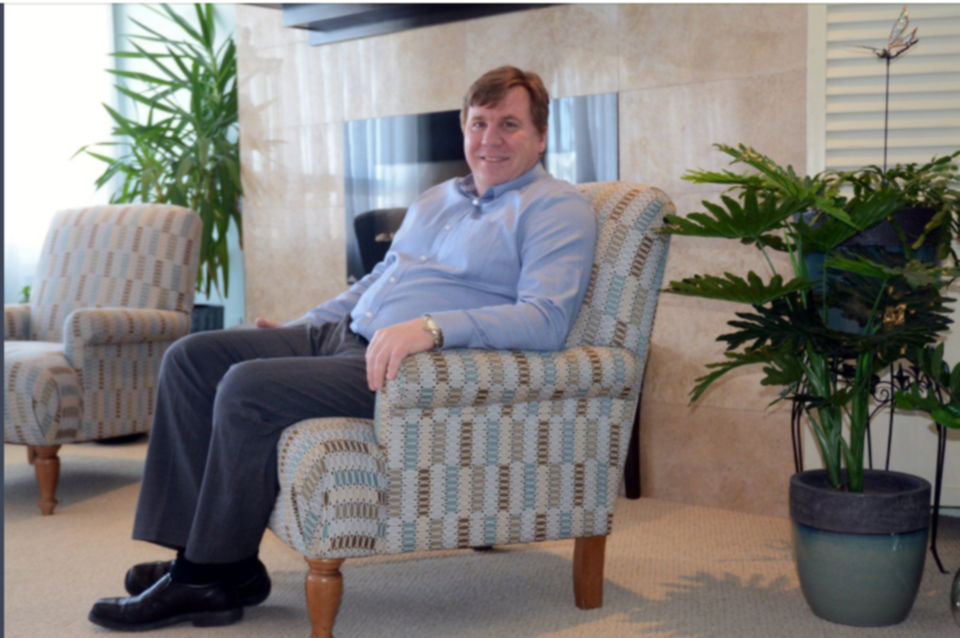 The funeral industry is experiencing challenging times as current protocols restrict personal interaction between people during a time when physical contact is usually seen as a compassionate way of expressing feelings. Grant Drury, Funeral Director at Drury Funeral Centre in Alliston, sees first hand the emotional toll placed on families during a time of grief.Brian Lockhart, Local Journalism Initiative Reporter

In times of grief, it is only natural for people to come together as a family and with friends to say goodbye to someone who has passed on.

We instinctively gravitate to those we are close to for emotional support during sad times. Whether it is a close family member, a relative you haven't seen for a while, or just a good friend who is there for you when you need it, we all have this need for personal contact at such times.

It could be a handshake, a reassuring pat on the back, or a hug, but that personal contact is a human way of telling someone you care.

During this current pandemic, we are faced with a situation where all human contact is both discouraged and frowned upon and people are expected to a keep physical distance between themselves and others.

Standing six feet away from someone you have known a lifetime just doesn't seem natural and it is hard to express condolences from a distance.

What is the emotional toll inflicted on those who have had to say goodbye to a loved one without really having the ability to share the experience with others?

Grant Drury, funeral director at Drury Funeral Centre in Alliston, has spent his entire life in the funeral industry and living in town.

He started working at a local family-run funeral home owned by his aunt and uncle when he was just 13, doing maintenance around the property.

When he got older his duties were expanded. He eventually decided he would make a career of it and attended the funeral services course at Humber College in Toronto.

He became a licensed funeral director and opened the Drury Funeral Centre in 2013.

Working with people experiencing grief and loss in the current situation has been challenging and Grant has seen the emotional impact it has had on families.

He is required, as mandated by the province and the governing body of the funeral industry in Ontario, to ensure things like social distancing and sanitizing are maintained during visitations and funerals.

“When people couldn't gather for services, or that number was small, it didn't even look after the majority of families,” Grant explained of the emotional pressure placed on just the immediate family. “If you could only have five people, well, which five? The saddest part of this for me, was not necessarily the funeral but the time leading up to that person's death - families not being able to be in the nursing home, the hospice care facility or the hospital. A person could die alone. How sad is that at the end of the day?”

Over the past year, we have become accustomed to abiding by these new societal rules which separate us from others either by distance or a plexiglas guard in a retail store. It is now routine to reach for a mask when entering any type of establishment.

It became normal for people over the past year to plan a small service for a deceased loved one and announce that a memorial service of some type would be held at a later date for extended family and friends when people are allowed to gather.

Those memorial services, for the most part are simply not happening. As time passes, many families do not want to have to go back, and revisit a sad event months after it has occurred.

“People would say, 'let's plan something when we can gather again.' At first we were optimistic that it would be a month or two,” Grant explained. “Once time has passed, you have started to learn to how to deal with  them not being there physically. You've learned to cope and start that grieving process. Six months later do you really want to go back to that?”

Funeral services and visitations are still going on, however the entire process has become rather structured with people having to register and visitors allowed only during allotted times.

“There's no warmth to it, there's no embracing and showing that we care,” Grant said. “That's how we show we care – we hug, we handshake, and it's our physical presence. It's very sterile now. It feels different. We can't show the same love or compassion that we want to. It doesn't allow for that family to feel that same connection.”

When our current situation is finally resolved, hopefully we can return to a place where shaking your friend's hand or hugging a relative to express your feelings will again be common place.