Who was the 'Man in the Mirror'?

In this week's Everything King, 'Leaving Neverland' leaves Wendy with so many questions about who Michael Jackson really was
0
Mar 12, 2019 12:00 PM By: Wendy King 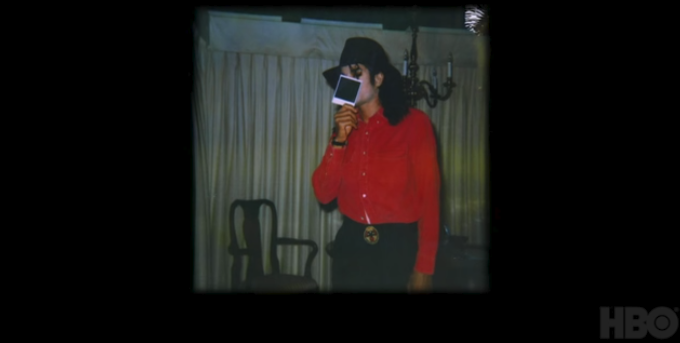 A still from the trailer for the documentary Leaving Neverland, currently running on HBO. via YouTube

Neverland: Was it a child-like refuge for a multi-millionaire pop star or a house of horrors?

As more and more people see the HBO documentary Leaving Neverland, you can see the lines being drawn on both sides – the believers and non-believers of Michael Jackson.

If you haven’t seen it, it’s the story of two young men, now in their 30s, who claim to have been chosen, groomed, seduced and sexually abused by a pedophile for many years. The same pedophile. He just happened to be the self-proclaimed King of Pop, Michael Jackson.

I’m just going to say it. The guy was odd. You look up eccentric in the dictionary and there’s his picture.

It was always creepy that he hung out with children. That fact doesn’t mean he’s a pedophile and the fact he was incredibly gifted doesn’t mean he was not.

Family and fans are not going to be able to accept this. People who have always wondered about him will not be able to un-see the documentary.

There are so many questions!

These accusations and rumours started years ago. Why now? Where were these guys when Jackson was on trial for child molestation in 2005 and was acquitted of all charges?

Turns out one of them was a defense witness saying nothing ever happened. Now, he says he lied then.

While we’ll never really know or understand the answer, my best guess would be if these allegations are true, at that time they were both still kids. They were likely still intimidated, felt threatened, under the spell and therefore not ready to speak.

Now, as men with families of their own and with enough distance from the events, perhaps they thought their stories could be viewed with a different lens. Maybe they thought society would be ready to hear their stories in a new way with the #timesup #metoo movements.

If you believe the documentary, Michael Jackson was more the monster of Thriller than the sweet contributor to We Are the World.

I found the most frightening allegations to be his proficiency in grooming the young boys. He had a lot of tools to use – money, candy, jewels, toys, trips, affection and opportunities. It would make so much sense they would fall under the spell.

Other boys (McCauley Culkin and Corey Feldman) said nothing improper ever happened to them. While that may be true, it also doesn’t mean it didn’t happen to others. Pedophiles pick their targets.

Of course, the Jackson family will maintain his innocence. Other than Janet, MJ is still their gravy train. It is in their best interest to maintain the image at all costs. Not to mention, in his later years, he kept them at a distance, too, so how would they actually know?

I found it odd that daughter, Paris, was quoted as saying she fears this controversy might hamper her acting career. That is what she thinks about rather than defending her father’s honour? That struck me as odd.

As of this writing, none of Michael Jackson's famous friends have really had much to say.

Some radio stations around the world are no longer playing his music. How long will that last? Will it be just a month-long publicity stunt to make program directors seem caring and current until the mass hysteria dies down. Will people seriously never listen to his songs again?

It all remains to be seen.

If any of these accusations are true, a lot of lives have been affected. For someone who expressed regret for missing his childhood, Jackson may have been guilty of stealing other young boy’s childhoods as well in a much more sickening and insidious way than fame did to him.

The only real punishment for Michael Jackson now would be the loss of his legacy and tarnishing of his image.

It remains to be seen who the real Man In The Mirror was and if the mirror itself has been shattered for all time.