Her abusive ex won’t meet in public during the coronavirus pandemic. How can she pick up her kids?
Apr 14, 2020 9:25 AM By: Global News 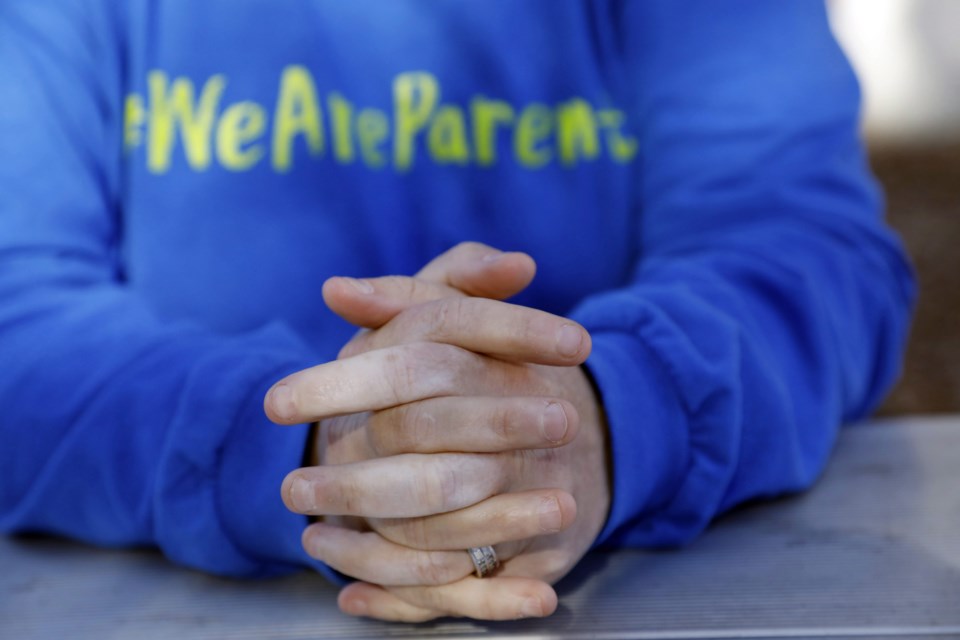 They went digitally before the courts with requests stamped “urgent.”

A mother whose former spouse kept the child longer than agreed upon and at a cottage — despite official warnings that escaping to cottages to isolate can significantly strain that region’s health-care system and essential resources.

Another nurse whose former partner simply refused to return the children on the basis that she worked in health care.

And a woman who expected the father of her toddler to be released from jail (where he’d been held since assaulting her) “any time now” and wanted an urgent restraining order.

Those particular parents live in Ontario, but families for whom exchanging custody of kids was fraught before adding in the COVID-19 pandemic are spread across Canada.

They are struggling with so much uncertainty, says Jacinta Gallant, a family lawyer on Prince Edward Island.

Her law firm has started hosting a family law Q&A, fielding questions via social media and answering them in short videos so people who might not have the means to access a lawyer can get the help they need.

“A lot of the questions we got were from people who clearly couldn’t co-operate in the COVID crisis as parents,” Gallant says.

“How do you still follow the rules of a court order while also ensuring your kids’ physical and emotional safety and your own?”

Access to family court and support matters, says Pamela Cross, legal director at Luke’s Place, particularly as the risks grow for those families for whom safety while trading custody is an ongoing concern. After all, the European Institute for Gender Equality notes, “Times of social isolation increase the risk of domestic abuse.”

In York Region in Ontario, domestic violence incidents being reported to the police jumped 22 per cent in March 2020 as compared with March 2019.

The message Cross wants made clear is that help — even in these difficult, uncertain times — exists.

In P.E.I., there are virtual Q&As, and in B.C., there is a virtual initial needs assessment hotline. In Ontario, the province’s law society has launched an emergency family law referral hotline, while Legal Aid Ontario has waived its financial eligibility test.

In Oshawa, Ont., Luke’s Place has expanded its virtual legal clinic to the whole province. Cross says she’s been thrilled to see so many lawyers reach out to offer pro bono work for people who are struggling but not sure if their case meets the urgent threshold to be heard by the courts.

In one case that was deemed not urgent, Cross says the judge’s decision could be boiled down to, “‘I hear what you’re saying, but you’re not presenting me any evidence.’

“We’re putting together some really fantastic collaborative responses that I’m hoping will mean that these cases are, in fact, found to be urgent,” she says.

And they are urgent, Cross says.

One family support worker told her about a client who felt helpless with uncertainty. Her partner had a history of abuse, so to stay safe, she only exchanged custody of their children at the police station. Now, because of COVID-19, he was telling her that if she wanted to pick up the kids, she’d have to come to his house.

“Lots of places where parents used to exchange children are now closed,” Cross says. “Libraries, restaurants, coffee shops… it’s harder and harder to come up with safe alternatives for women.”

And if an ex-partner just decides to withhold children and the family court custody order doesn’t include a clause for police enforcement, Cross says, “she’s really left to fend for herself.”

In some cases, Gallant says, there just aren’t answers to be had yet. Will you face repercussions if you keep your children in breach of a custody order because, for safety reasons, you can’t bring them to the other parent’s home? What if you breach the court order because you know the other parent is not following social-distancing protocols?

“Will you be at risk of a negative outcome in court because of a decision you make in the middle of the COVID crisis?” Gallant wonders.

For now, Alberta has said court orders about custody are in full effect. The province’s chief medical officer of health, Dr. Deena Hinshaw, said parents don’t have to pick one house for kids to stay indefinitely, they just have to minimize their contact with other people.

But for families where handoffs are anxiety- or fear-provoking, or where there is a history of domestic violence, it isn’t quite that simple, Gallant says.

“Courts are going to have to be very understanding, and yet we can’t predict because we’re not there yet.”

Until a person can have their specific circumstances heard before the court, Cross says, they’re living with “a huge amount of distress.”

“It’s not as if abusers aren’t aware of that… they are attempting to manipulate a public health crisis to maintain control and power.”

If you are seeking family court support during the COVID-19 pandemic, here is a list of resources.

Are you or someone you know experiencing abuse? Here is a list of resources.

COVID-19 How worsening conditions in prisons can further marginalize criminalized women
Oct 27, 2020 9:25 AM

CANADA: Tech CEOs want prosperity strategy from Trudeau
Oct 27, 2020 9:10 AM
Comments
We welcome your feedback and encourage you to share your thoughts. We ask that you be respectful of others and their points of view, refrain from personal attacks and stay on topic. To learn about our commenting policies and how we moderate, please read our Community Guidelines.