Bill C7 has been strenuously opposed by disability rights groups who maintain removal of the near-death requirement devalues the lives of people with disabilities
Feb 26, 2021 8:55 PM By: Canadian Press 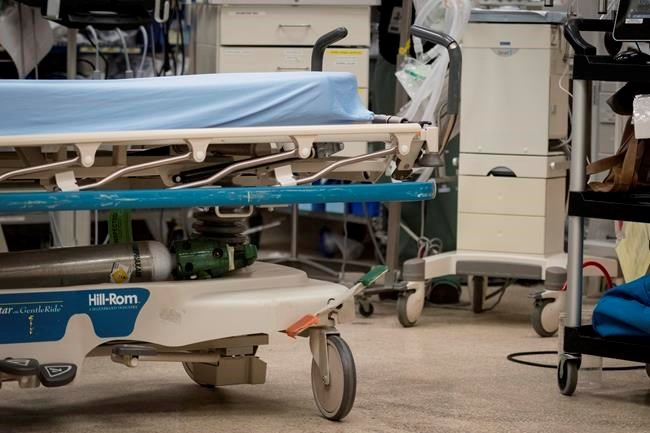 OTTAWA — A new poll suggests months of controversy has not dampened Canadians' strong support for expanding access to medical assistance in dying.

Sixty-nine per cent of respondents to the Ipsos web-based poll, commissioned by the advocacy group Dying with Dignity Canada, favoured removing the provision that allows assisted dying only for people whose natural deaths are "reasonably foreseeable."

That provision was struck down as unconstitutional in a 2019 Quebec Superior Court ruling.

The Trudeau government has introduced Bill C-7 to bring the law into compliance with that ruling. It would expand access to intolerably suffering people who are not nearing the natural end of their lives. Dying with Dignity, a charitable organization, is in favour of expanding access to the procedure.

The bill has been strenuously opposed by disability rights groups who maintain removal of the near-death requirement devalues the lives of people with disabilities, some of whom they fear could be coerced — either directly or indirectly through societal attitudes and a lack of support services — into ending their lives prematurely.

But the poll found equally strong support for removing the foreseeable death requirement — 68 per cent — among respondents who identified as having a chronic physical or mental disability that has a substantial adverse effect on their ability to carry out day-to-day activities.

Just eight per cent with disabilities were strongly opposed, another 24 per cent were somewhat opposed.

"Despite the amount of coverage and the conflicting opinions that have been shared in the media, Canadians are demonstrating that strong, continued support (for assisted dying), kind of across the board, which I think is important," she said.

The online survey of 3,500 adult Canadians was conducted Feb. 12-17, just as the Senate was concluding weeks of debate on Bill C-7. It cannot be assigned a margin of error because internet-based polls are not considered random samples.

Senators ultimately approved amendments to the bill to expand access even further than the government proposed, allowing for advance requests and putting a time limit on the bill's proposed ban on assisted dying for people suffering solely from mental illnesses.

The government has rejected the advance request amendment but agreed to a two-year time limit on the mental illness exclusion. Debate on the government's response has stalled in the House of Commons even as Friday's court-imposed deadline looms.

Sixty-five per cent of respondents to the Ipsos poll supported expanding access to assisted dying for people suffering solely from mental illnesses.

The poll also found strong support (78 per cent) for another of the bill's provisions: removing the necessity for a person who is near death to give final consent to an assisted death immediately before the procedure is provided. The waiver is intended to ensure that someone who has consented to and been approved for an assisted death won't be denied if they lose mental capacity before the procedure is carried out.

As well, 83 per cent of respondents favoured allowing people with grievous and irremediable medical conditions to make advance requests for assisted dying.

Seventy-six per cent supported allowing advance requests even before diagnosis, which would apply to people who fear losing mental capacity in the future due to dementia or other cognitive-impairing conditions.

And 64 per cent supported expanding access to mature minors.

On every question, the poll found majority support among every demographic group, including persons with disabilities, regardless of age, region, religion or political affiliation.

Assisted dying has been legal in Canada since 2016, following a landmark Supreme Court ruling a year earlier. Yet nine per cent of respondents to the Ipsos survey said they thought it was still illegal and another 28 per cent were not sure.

This report by The Canadian Press was first published Feb. 25, 2021.