Barrie Central grad knows it was the right decision to postpone Tokyo Olympics, but was still a tough pill to swallow after all her hard work
May 13, 2020 7:00 PM By: Gene Pereira 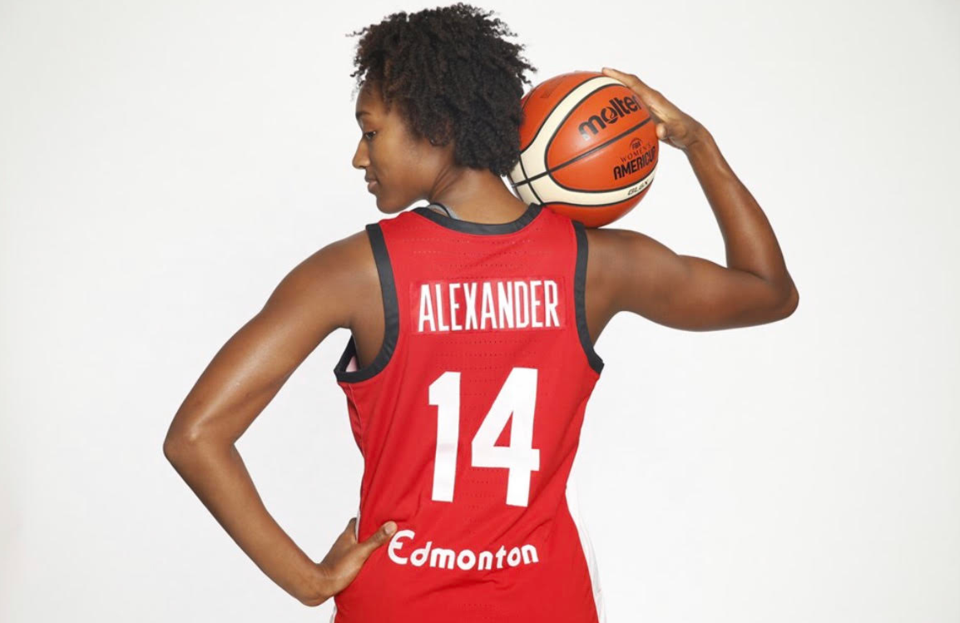 Having worked her way back from two serious knee injuries late last year, Barrie native Kayla Alexander was back to full health and anxious to take the court with the Canadian women's basketball team in the 2020 Summer Olympic Games set to begin July 24 in Tokyo.

Two months later, Japan and the International Olympic Committee announced the 2020 Summer Games were officially postponed until next year.

Alexander admits Canada's early announcement to step back due to health concerns was a tough pill to swallow at first, especially with all she had done to get here and her first appearance on the big Olympic stage just around the corner.

"It was (tough), especially at first because it felt like, 'What was the rush,' because we didn't know how things were going to play out and could have waited to see what precautions they took and could have taken place," the Barrie Central Collegiate graduate told BarrieToday of her feelings at the time of the Canadian announcement. "However, once you step back and reflect, you're thankful.

"I knew that Canada made the right call and I applaud Canada for stepping up and being one of the first countries to make the call, because at the end of the day, health and safety are always going to come first. There's no point in playing sports if it can lead to death."

To go from having to put her Olympic dreams on hold to having to stay home during this quarantine wasn't easy for the top athlete.

"At first I was heartbroken because the Olympics was done and I had worked really hard towards it and just like that it was taken away, so that hurt," said the WNBA star with the Minnesota Lynx, who also spends time working on her drawings, illustrations and writing. "And also not having access to the gym, to play ball, get shots up, train how I want to, lift heavy, that's kind of frustrating."

Still, she's found ways to work out, thanks in part to weights her dad gave her.

"Some old-school weights, which I'm thankful for and a lot of running and cardio outside," the 29-year-old said. "Just try to stay positive. Shooting at the park when I have the opportunity and when the weather co-operates, and just trying to be artistic."

Even though she's healthy after a pair of serious knee injuries, a few more months of rest might not be bad thing for Alexander and other professional players who spend so much time on the court.

"A lot of us really don't have an off-schedule, an off-period where we can just chill out, rest our body," she said. "In a way, this has been more of a blessing in that aspect as well, because it's a lot of time to rest our bodies and maybe pay more attention to certain things that we may not always have the time pay attention to when we're deep in the season.

"Always try to look at the positive of the situation."

She's taken advantage of the extra time to work on her artistic talents and create, though things weren't going as first planned at the start.

"When this first happened it was like, 'Oh, this is great. I'm going to be so focused and get all this work done'," said the Syracuse University graduate, who is learning to make animations and gifs during her time at home. "And then the second and third week I just wasn't inspired to do anything. I don't know what was going on with me, but I just wasn't inspired to create. I noticed I was trying to force it and I was not creating anything worthwhile.

"So once I just let it come naturally, just relaxed and tried not to force it, the creativity starting to flow again. I've learned to just let things happen in their own time. You can't force things all the time."

Those creative talents have already helped Alexander write and illustrate a children's book, The Magic of Basketball, with her younger sister, Kesia, and now the basketball star has also helped co-author Women For The Win.

Alexander and other Canadian women's national team members, professional players, coaches, analysts, media members and a sports agent all came together to write their unique stories and journey in basketball.

The idea behind the book comes from Kevin Wilson, who runs the National Basketball Youth Mentorship (NBYM), and Alison Canning, founder of Let's Get Together.

In her own story, Alexander talks about the adversity she has faced and how one is going to face obstacles and disappointments and how important it is to stay positive during those moments.

"We all have our unique stories that we share and I love it because it's all women who I'm all very inspired by and all very accomplished," said Alexander, who is a mentor at NBYM. "I think people reading the book, whether you're female, male, younger, older or whatever the case I think everybody can take away from our stories.

"Something positive or something they can learn and try to apply to their daily lives and be inspired by. I'm very thankful to be a part of the book and to be alongside these incredible women."

Maybe she can even inspire the next Kayla Alexander.

"That's always the goal," she said.

For Alexander, as she gets older it's all about making an impact and giving back.

"I'm hoping through reading these stories, even if the young kids can relate or identify with my story, or Alex (Kiss-Rusk), or Chantel (Vallee), or whoever the case may be there's something in our stories that they can identify that encourages them to keep pushing forward or inspires them then I feel it's a job well done, the book did its job," she said.

Alexander hopes we'll soon get through the pandemic and sports will return and her Olympic dream will be fulfilled.

To purchase Women For The Win, you can pre-order the paperback at canadianbasketballjouneys.ca. The e-book is available on Amazon.

To get a copy of Alexander's The Magic of Basketball, visit kaylaalexader.net. Kids can also download free colouring pages on the website.

About the Author: Gene Pereira

An award-winning journalist, Gene is former sports editor of the Barrie Examiner and his byline has appeared in several newspapers. He is also the longtime colour analyst of the OHL Barrie Colts on Rogers TV
Read more

This story was made possible by our Community Leaders Program. Learn more