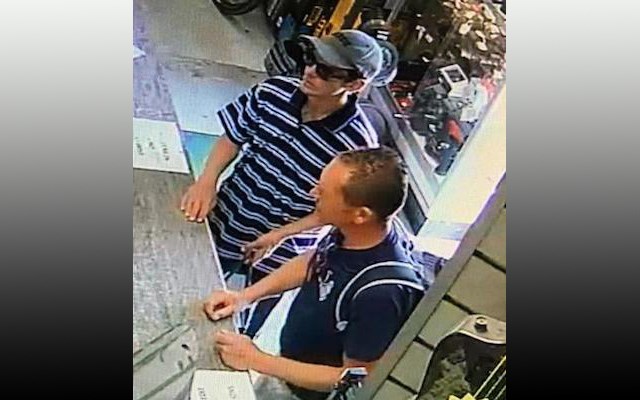 NEWS RELEASE
BARRIE POLICE SERVICE
*************************
The Barrie Police Service is appealing to the public for assistance after a theft was reported at a business located in the City of Barrie.

On Sunday, June 16, 2019, just after 11:30 a.m., police attended a Maple Avenue business after a male who was in the store was believed to have stolen a laptop computer and an iPad Pro. At around the same time police were investigating this theft, the person responsible attended a nearby business and tried to sell the stolen items, however, an alert store employee suspected that the electronic devices were stolen and seized them.

The suspect, who is wanted for the theft is described as male white, wearing a blue and white striped golf style shirt, dark coloured pants that may be denim and a gray-coloured baseball hat with black writing across the front. In surveillance photos that were obtained, the suspect is seen wearing sunglasses and in the company of a second male who was carrying a backpack and appears to have thinning brown hair and a receding hairline.