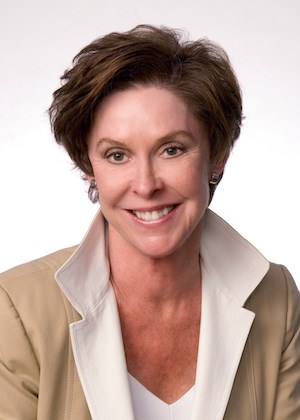 The Honourable Margaret Aileen Carroll P.C. (nee O’Leary), was born in Halifax, Nova Scotia on June 1, 1944.
As the first woman that graduated from St. Mary’s University in Halifax, Aileen earned a Bachelor of Arts (Hons) with a major in political science in 1965.  After a volunteer assignment in Algeria and working for the Canadian International Development Agency, Aileen married D. Kevin Carroll, QC, LSM on November 11, 1968. Aileen and Kevin then became parents to Joanna Aileen Carroll, B.A., LL.B, and Daniel Kevin O’Leary Carroll, B.Comm. While lovingly acting as the primary caregiver for the children, Aileen maintained a constant presence in the Barrie, Ontario community as a contributor and member of several organizations, in addition to running a local business together with two of her closest friends.  In her spare time, Aileen also obtained a Bachelor of Education from York University in 1989.
As her children moved on in their academic and professional pursuits, Aileen decided to formally pursue her lifelong passion for politics and the betterment of our communities by entering public life.  In 1995, she was elected to serve as a member of Barrie City Council. Following her tenure as a city councillor, Aileen was nominated as the candidate for the Liberal Party of Canada for Barrie-Simcoe-Bradford (later the riding of Barrie) and subsequently won three successive elections in 1997, 2000 and 2004, serving as the Member of Parliament for those ridings for 9 years.  She served as the Parliamentary Secretary to the Minister of Foreign Affairs between 2001 and 2003 at which time Prime Minister Paul Martin appointed her as Minister of International Cooperation, responsible for CIDA, which post she held between 2003 and 2006.
Following the loss of the federal Liberal majority government in 2006, Aileen was nominated as the provincial Liberal candidate and subsequently served as the Member of Provincial Parliament for Barrie between 2007 and 2011. From 2007 to 2010, Aileen served as Minister of Culture and Minister Responsible for Seniors.
In 2011, Aileen resigned from public life and chose to focus on charitable activities, and her friends, family and grandchildren.
As a person committed to liberalism throughout her life, Aileen was constantly involved in contributing to charitable and political organizations including Hospice Simcoe, Habitat for Humanity, the Busby Centre and the Barrie Library, amongst others.
Aileen is survived by her husband, brother LCOL (Ret) Paul F. O’Leary CD, of Ottawa, sister Mary Susan Farrell (nee O’Leary), B.A., B.Ed, of Halifax, her two children and their spouses, Kevin Robinson, B.A., LL.B, LL.M. and Marie-France Chartrand, B.A., LL.B., and her six grandchildren.
Aileen passed away on April 19, 2020 under the careful and sensitive care of the doctors and nurses of the Stroke and Rehabilitation Unit at Royal Victoria Hospital in Barrie, Ontario.
Given current social circumstances, the family will hold a memorial on a date to be set in future.  Should anyone wish to honour Aileen’s memory at this time, the family would appreciate any donations to Barrie Food Bank or Care Canada.
Aileen was an activist. She lived her politics of liberalism and fought always for social justice and peace.