Slice of Italian metal being served up at the Foxx Lounge

Collingwood's Halfway Through Hell and Anneliese (formerly Heavy Hands) will also take the stage at April 4 show
Mar 13, 2019 11:00 AM By: BarrieToday Staff 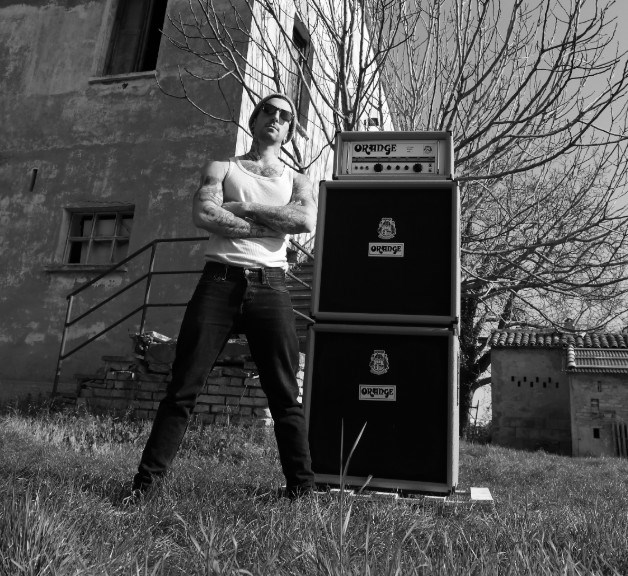 After numerous performances throughout Europe dating back to 2013, Italian solo metal artist NEKER has set his sights on North America and one of those stops will be in Barrie.

NEKER is scheduled to perform at Dunlop Street's Foxx Lounge on April 4 as part of his Canadian tour in support of his latest album, Louder.

“The first album, Louder, is above all instinct but in a good way," he says. "I put in it everything that was in my mind at that time, no frills. This was partly due to the fact that I couldn’t wait to show my work to the world.”

Described as sludge metal, NEKER is tailormade for fans of bands such as Down, Pantera, Every Time I Die, and the Melvins.

The loud, dirty and noisy project will hit Canadian soil on April 3 and play eight gigs in 10 days in eastern Canada.

Now with a refined live trio that has re-recorded the original release Louder, as well as the debut single Sleeping Memories that was later released as a music video, NEKER is keeping a proud southern sound with subtle elements of metalcore and death metal.

Also on the Barrie bill is Halfway Through Hell, a four-piece metalcore band from Collingwood with heavy breakdowns and face-melting solos. The band has exploded onto the scene and quickly made a name for themselves.

Anneliese, formerly Heavy Hands, will also perform; the alternative metal quartet has a new name and a new lineup.