Location will be brought up at city hall on June 3 as group behind provincial application seeks council's endorsement
Apr 24, 2019 9:30 PM By: Raymond Bowe 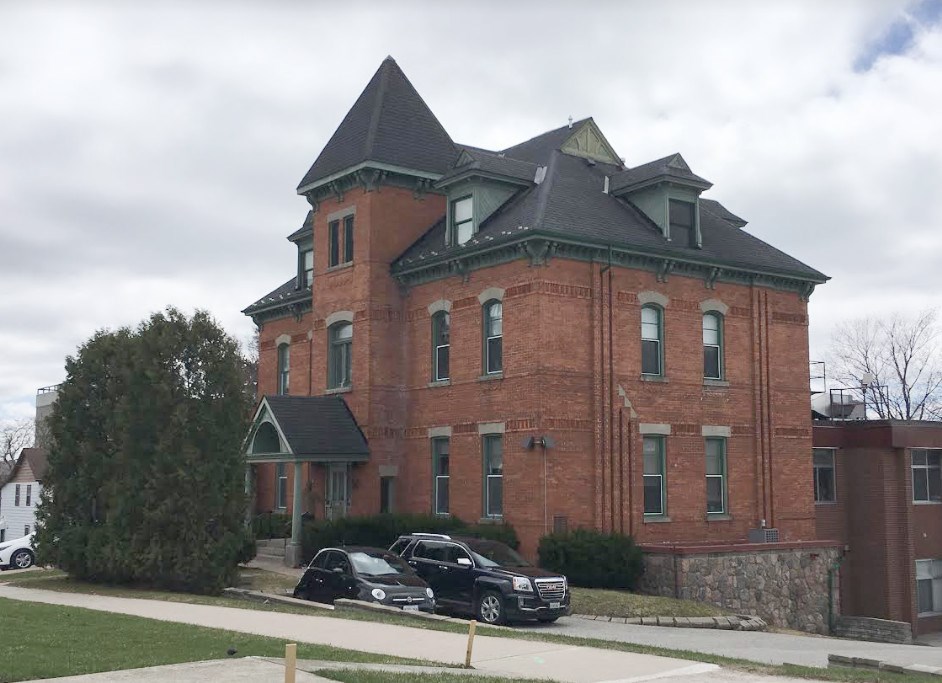 Space at this building, located at 90 Mulcaster St., has been chosen in downtown Barrie as the preferred location for a proposed safe consumption site. Raymond Bowe/BarrieToday

Just a few hours after the local health unit announced a preferred location for a proposed safe consumption site (SCS) on the fringes of downtown Barrie, local MP Alex Nuttall hosted a meeting at nearby Barrie City Hall to talk about the opioid crisis.

The proposed location for an SCS is in the Mulcaster Street building located next door to the David Busby Centre and which also formerly housed St. Joseph's High School.

The David Busby Centre, which offers around-the-clock assistance for homeless people in the area, opened its doors shortly before Christmas last year. The facility has space for eating, health care, counselling, and housing support.

The Simcoe Muskoka District Health Unit issued a statement Wednesday afternoon indicating space in the Canadian Mental Health Association (CMHA) Simcoe Branch facility at 90 Mulcaster St., at the corner of Codrington Street and across from the courthouse, would be used in the provincial application for an SCS.

The search for prospective locations was completed by representatives from the Gilbert Centre, CMHA, the health unit and other partners from the harm reduction pillar of the Simcoe Muskoka Opioid Strategy (SMOS) who are behind the provincial application to open at Consumption and Treatment Services (CTS) facility in Barrie.

A neighbourhood information meeting will be held in May for residents and businesses of the surrounding area. Neighbours are expected to receive more information about the meeting in the coming days, including a time and place.

Part of the ongoing provincial application process also includes receiving endorsement from city council, which will be sought June 3.

"I think the site makes sense in terms of co-location," Aylwin told BarrieToday on Wednesday afternoon. "With mental-health and addiction services, it will be a bonus to have easy access to treatment right on site. I think that's what the community's looking for.

"It also makes sense that the site goes where open drug use is already occurring, because we know that these sites can reduce public drug consumption, public disorder and the dispersal of drug paraphernalia in the area," Aylwin added.

There will need to be mitigation of any issues around the site, the councillor said, adding it's his hope that the group behind the application will also have a liaison to work with residents around the potential site.

If council signs off on the location, the application will then be sent to the federal government for an exemption under the Controlled Drugs and Substances Act as well as to the provincial government for funding approval.

"There's a desperate need in the community and people are dying at an alarming rate," Aylwin said. "This is one tool in the toolbox of the Simcoe Muskoka Opioid Strategy that could go a long way to both saving lives in the short term and also facilitating access to treatment in the long term."

However, Nuttall, who has been a proponent of more addiction services but not sold on the idea of safe consumption sites, was guarded in his reaction to the Mulcaster Street location.

"It's too early to tell, really," the Barrie-Springwater-Oro-Medonte MP told BarrieToday moments before hosting a town-hall meeting Wednesday night at Barrie City Hall. "I like to get informed before I make an outright decision."

Nuttall said he was pleased to hear a location had been chosen and how that could effect the next steps.

"In terms of what's being proposed, I haven't seen a plan. I've only seen an address," he said. "I have no details, so it's really hard to say yes or no to something."

Nuttal says he wants to see more information about a plan.

"Is this a place where they're going to be weaning people off of drugs? Or is it somewhere where people are just going to use (drugs) at will and no one's going to talk to you about these life-changing services that are out there?" he said.

"I need to see what's happening and my focus has been, and will continue to be, how we move somebody from a position they're in, which is obviously terrible and horrific, right up to getting free (of addiction)," Nuttall added.

Matt Turner, harm reduction co-ordinator with the Gilbert Centre, one of the organizations behind the local application, said he likes the Mulcaster Street site, which was chosen from a short list of five.

"It serves the people who use drugs and will also address some of the community concerns that we've heard from the public that we learned during our consultations," Turner told BarrieToday on Wednesday afternoon. "It's close to where people are using drugs already; we know that from ER visits and anecdotal information. Most of the downtown has problems, so that's one of the areas of concern."

Under the provincial guidelines for an SCS, several location factors must be taken into account, such as proximity to schools, parks and child-care centres.

The Mulcaster Street site was available and checked off several of the boxes, Turner said, including connection to existing on-site services and being close to the downtown.

"The Busby Centre and the Gilbert Centre already work really closely together, so this would make sense for this relationship," he added. "Busby has been a key partner in the application process."