Mavricks getting excited over Comfortably Numb 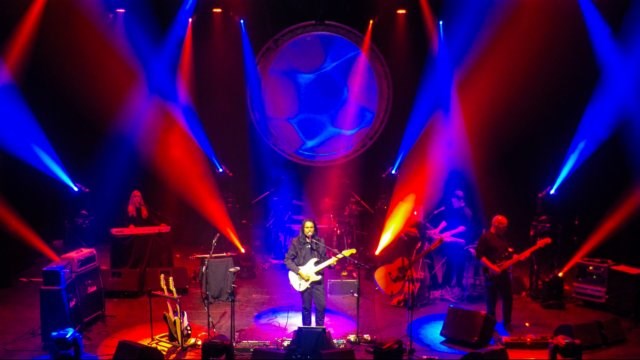 Or, they could just feel “Comfortably Numb”.

The Pink Floyd songbook is a vast one, and lots of names could have been chosen for the band. Front man Azim Keshavjee tells Barrie Today, why that one.

“The name 'Comfortably Numb' came naturally in a sense as I used to be in another band that did covers of many different bands, but we had a section where Pink Floyd was featured and 'Comfortably Numb' seemed to be the highlight for people that came out to see the band

“Once I decided to go full-steam with this band, my brother suggested the name and I agreed it was a great idea.”

“It's great music, first and foremost. It has so many elements that appeal to so many people: concepts, lyrics, true originality and the messages are still relevant (so) we love all of the music of Pink Floyd!"

The five-member band includes AK’s wife Solveig, and feels the rush to be on the stage on the Mavricks, which AK says “has an amazing reputation and many great names have performed there - we truly feel it as an honour to perform there and to be in beautiful Barrie."

“I always feel like a kid after a show! Most think of bands as ones that party hard backstage and engaged in some sort of crazy antics, however people are shocked to see coffee and donuts at a Numb show instead!”

As to those who objected to the line: “Hey, teacher/Leave those kids alone,” when The Wall first hit the airwaves, AK, who went to a “very strict private school” in England – not unlike what viewers in the Wall movie -- wants to clear a few things up.

“The misconception was that Pink Floyd's message was to say that 'no education' was a 'good thing' - this created a ban of the music in the school and so on. What they failed to see was that is was a statement that we don't want 'rigid enforced education'. I think once it was understood it has come to be a 'protest' song if you will on the position of failed education and archaic systems that are still in place in many countries”

AK adds the tour is a melding of albums like Animals, Dark side Of The Moon, and Wish You Were Here, with a special focus on Animals, “especially as this year makes (its) 40th anniversary, so we have some great visual and lighting to bring this show forward.”

AK and his gang pride themselves on their adherence to the original sound created lo, those many years ago by Waters, Gilmour and company.

“Our approach is not to simply replicate it live but to connect with the fans of Pink Floyd's music through studio and live/rare recordings and then piece together the fabric of this music in a way we feel would represent a 70s Pink Floyd experience.

“We are not a clone act and have never been, or will be. We truly try to capture the spirit of Pink Floyd as that is what the music means to us. I feel Floyd were very experimental and pushed the envelope in the sense there was a 'freedom' in the music. We try to capture that spirit.”