Former Barrie mayor Janice Laking sat down with BarrieToday on International Women’s Day to talk about her time on council, the roles of men and women and what makes a good political candidate
Mar 9, 2020 1:30 PM By: Jessica Owen 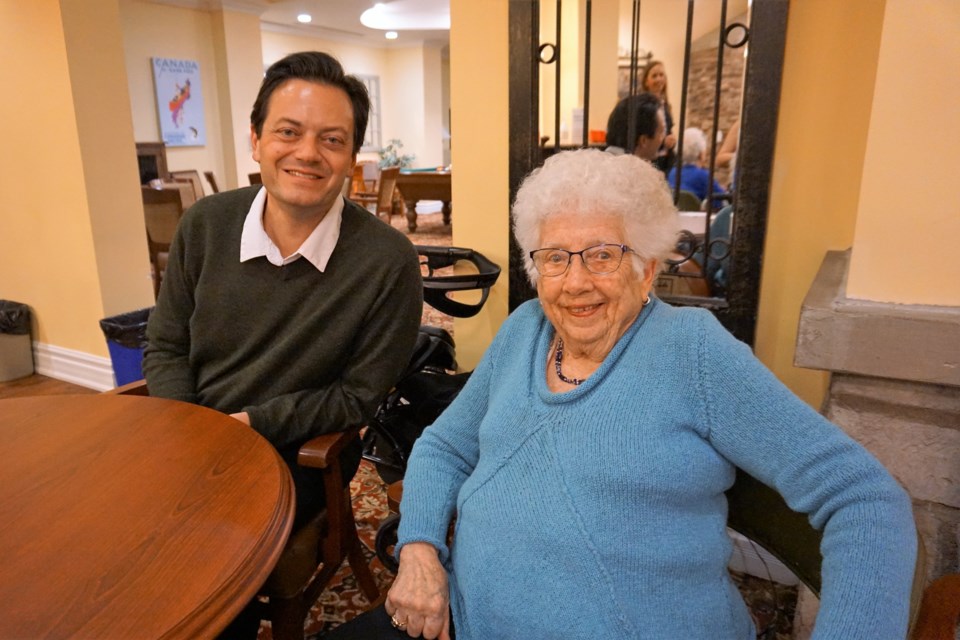 On Sunday afternoon at Waterford Retirement Residence, some octogenarian women gathered together to share stories of female empowerment and misogyny they’d experienced throughout their lives in honour of International Women’s Day.

Among them was one of Barrie’s former female mayors.

“When I see what’s happening I now, I wonder sometimes how I did get elected,” she said. “Good women seem to be dropping out of the running. Look at Elizabeth Warren. I think she was the strongest candidate the Democrats had. The two men in the running are far older has-beens, as far as I’m concerned.

“I’m quite sure the U.S. is not ready for a woman president,” Laking added.

When asked why she thinks women are reluctant to enter the political sphere, Laking says she thinks the issue is a bit more universal.

“I think everyone’s reluctant to join politics at the moment,” said Laking. “When we used to have face-to-face confrontations, it was fine with me. I didn’t mind what people said as long as I had a chance to reply to it.

“When people are saying things under the table or through other methods of communication (like social media) that wasn’t available back in my day, then I think that makes it very difficult,” she said.

Laking said she thinks part of the issue is women may react more to criticism than men.

“I think, generally, their skin isn’t quite as tough,” she said. “I think it’s because they’re mothers, they’re nurturers.”

However, Laking said that the thing that can make politics hard for women is also one of the reasons they should be in those positions.

“Women make good politicians for one particular reason,” said Laking. “We multi-task. We can do two things at once. Men can’t do that. When I was on council, I would take my knitting to committee meetings. It drove the men mad!

“I could knit and think and talk and write notes. The men couldn’t figure that one out. I told them it was the only way I could measure what was being accomplished at a meeting,” she added.

And when all else fails, Laking has a sage piece of advice for politicians both current and aspiring.

“When things get tough, the best thing that can happen is to have a laugh,” she said. “I don’t think men think that way. I think they just barrel on through.”

Looking back at her own time on Barrie city council, Laking credits her experience as a teacher prior to entering politics as good practice ground for what she ended up facing.

“People have said to me, ‘Well, you had a good council.’ I had the same kind of council everyone else gets,” she said. “It was like a classroom. With each one of them, you have to find where their strengths are and how you can use those strengths.”

She said gender rarely factored into the equation.

“I think I was very fortunate,” said Laking. “I considered it a privilege to be in a room with all men when I was the only woman.”

“Hazel McCallion (former mayor of Mississauga) and I would be the only two women at AMO (Association of Municipalities of Ontario) meetings. I quite enjoyed that,” she added with a smile.

Over time, Laking says politics has changed significantly in Barrie since the late-1980s, early 1990s when she was in office. She says the municipal council table has become much more partisan.

“To have (partisanship) on municipal council, you shouldn’t have that,” she said.