Coun. Gary Harvey, who represents this part of Barrie, said the motion should be turned down
Mar 8, 2021 9:02 PM By: Bob Bruton 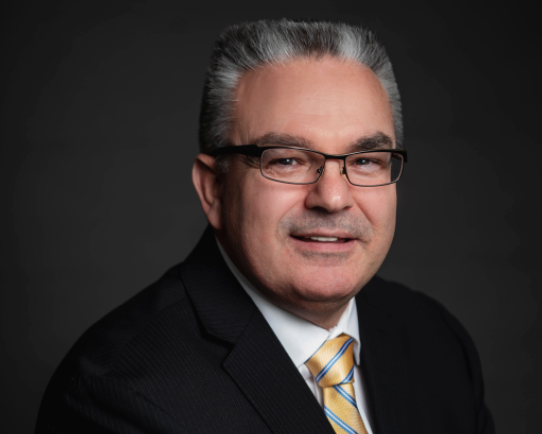 Plans are jammed for an indoor gun range in south-Barrie.

A motion to direct city staff to work with Gun Linx, the Chief Firearms Office of Ontario and Barrie city police to identify applicable regulations, and potential amendments to city bylaws, that would be required to provide an exemption to allow for an indoor gun range at 342 King St., as well as implications of the proposed gun range, and provide notification of this proposal to King Street commercial properties to allow feedback, and report back to councillors, was defeated Monday night.

Coun. Gary Harvey, who represents this part of Barrie, said the motion should be turned down.

“It’s quite apparent that not all the information that was being provided to us at (the Feb. 23 finance and corporate services) committee was 100 per cent accurate,” he said.

Roger Gray, of Gun Linx, told committee members, including Harvey, about an educational and sports shooting facility range, to serve clients in the law enforcement, military and security business, as well as private members who enjoy target shooting and hunting. The shooting range system would have tactical, 50-metre and 100-m long gun ranges and teach customers how to handle firearms, how to shoot properly, clean and maintain guns.

Gray said Gun Linx would operate from a single, stand-alone building on King Street as a private club, with all shooters licensed.

“Two of our co-owners are ex-military and current, active police officers in the SWAT division in Barrie. One in training and one is a lead officer and they also currently trainers for the Ontario Chief Firearms Office,” Gray said during his Feb. 23 presentation to committee. “They do roughly two to four courses a month and have a very good success rate.”

But Barrie police Const. Justin Frye, in an e-mail he copied to BarrieToday on Feb. 25, said there was no connection.

“During his presentation, Gray advised that two of the co-owners of the range were Barrie police officers, former military, SWAT team members. The members that he spoke of are my twin brother Jason and I,” Frye said. “Approximately three years ago, we had conversation with Mr. Gray and his investors regarding a range facility business plan.

“In 2018, my brother and I authored an e-mail politely declining involvement in their business model. We are not, nor will we ever, become involved in a business model with Mr. Gray," Frye added. “It is unfortunate that Mr. Gray felt it appropriate to, without our knowledge and consent, use our name(s) to further his business case.”

Harvey did not specify which information was inaccurate Monday night.

“Without getting into too great a detail, as I think there’s some confidentiality issues that potentially linger with this, too, but in light of the new information that we received through the weeks since this recommendation came out of our finance and corporate services (committee), I would ask that members vote against it (the motion),” Harvey said. “This still will allow the applicant to be able to re-apply down the road and in the future, however at present time I’m not comfortable in proceeding with this.”

But in order for Gun Linx to submit an application to the Chief Firearms Office of Ontario for an indoor gun range in Barrie, a motion of council to provide an exemption from the city’s regulatory bylaw is required, staff say.

This bylaw permits the discharge of firearms only in these specific cases: police officers discharging a firearm in the course of carrying out their duties; a municipal law enforcement officer destroying an animal; a shooting competition or display, provided council has given its consent to hold the competition or display; activities carried out at Barrie Armouries by the Department of National Defense at 37 Parkside Dr.

In addition, no one shall discharge any firearm, either for gain or in such a manner or in such places, as to disturb other people.