Tom Raeburn leaves at a time when Innisfil and Bradford are toying with the idea of a shared fire service
Dec 6, 2020 3:30 PM By: Miriam King 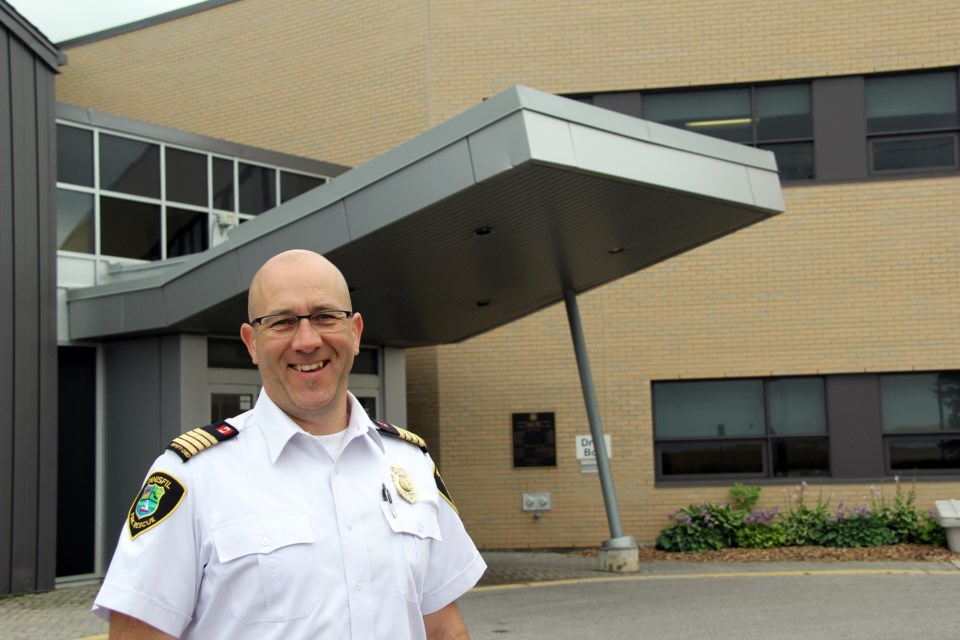 Innisfil Fire Chief Tom Raeburn, who had also been serving as interim chief with the Bradford West Gwillimbury Fire & Emergency Services, announced this weekend that he's taking on a new role with the Richmond Hill Fire Service.

It’s a big change for the homegrown fire chief, who has been with Innisfil Fire & Rescue for 26 years, working his way up from the position of firefighter.

Raeburn became Innisfil's fire chief in 2018, also taking on the leadership role in Bradford West Gwillimbury in May 2020, as the two municipalities launched a pilot project to explore what efficiencies a shared fire service could bring.

That study will continue, Raeburn said, with the chief administrative officers of both towns continuing the analysis.

“I don’t think anything changes,” he said.

But Raeburn will be leaving the rapidly changing and evolving situation in Innisfil and Bradford, both of which have composite full-time/volunteer fire services, and are facing the growth pressures.

Raeburn said the opportunity — and the decision — to leave for Richmond Hill came up quickly. It was only three weeks ago that the position opened up.

He decided to apply, in large part because it would offer a new experience, “different scenery,” and new challenges.

Richmond Hill is a “big, well-established department,” he noted, with six fire stations, 200 full-time firefighters, its own dispatch and training facilities, and the capability of carrying out technical rescue operations.

“There are a lot of challenges," Raeburn said.

Raeburn is now looking forward to those new challenges and experiences, but at the same time admits that leaving Innisfil and Bradford will be difficult. He spoke with staff last week to share his decision about accepting the new position

It’s not only his own family that has been “very supportive,” Raeburn has also received congratulations and thanks from the local councils, but also from other fire chiefs and departments.

“It’s been great. It’s been overwhelming,” he said. “Have I ever had great comments!”

Innisfil Mayor Lynn Dollin commended Raeburn for his work with the town.

"It is never easy when we have to bid farewell to great staff," she said. "Chief Raeburn has done a spectacular job serving our community and he will be greatly missed but we are happy for him and wish him well in his new role."

Dollin also confirmed that the two municipalities will continue to explore the option of shared services.

"With the help of the chief, deputy chief, CAO and others, we are already looking at our transition plan to ensure we continue to move forward toward the next chapter of our ongoing evolution of fire and rescue services," she said.

Raeburn was present and part of Innisfil's 2021 budget discussions. However, he will leave his local role before Bradford West Gwillimbury begins its budget talks later in January.

"We will certainly miss Tom Raeburn, but we wish him all the best with Richmond Hill," said Bradford Mayor Rob Keffer. "The shared services study will continue as we want our fire service to be the best it can be. I look forward to continue working with the Town of Innisfil on this important initiative."