Councillors give initial approval to safe injection site on Mulcaster

Plan still requires city council approval at next week's meeting, at which point an application would be sent to provincial, federal officials
May 27, 2019 9:44 PM By: Raymond Bowe 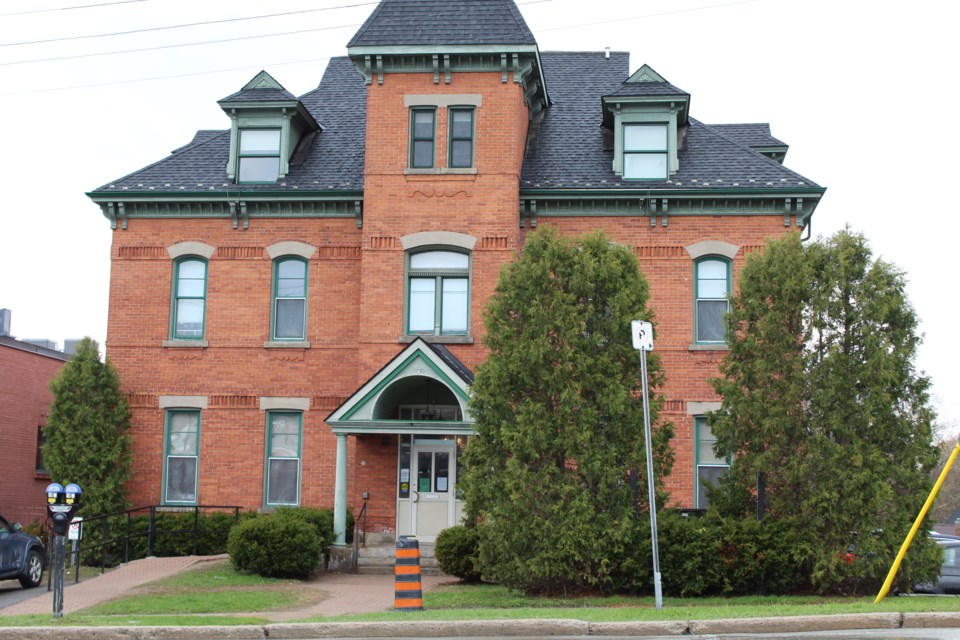 Space at this building at 90 Mulcaster St., in Barrie, has been chosen as the site for a proposed supervised consumption site. Raymond Bowe/BarrieToday

The public health groups behind the urgent push to bring a safe injection site to a Mulcaster Street building in downtown Barrie presented their case to city councillors at Monday night's general committee meeting and received some good news.

Members of council listened to their pleas and gave initial approval to the plan for a supervised consumption site (SCS) at 90 Mulcaster St., which would be a provincially funded facility.

It still requires ratification next week at city council, at which point a formal application would be sent to the province.

For the last few months, the Canadian Mental Health Association (CMHA), the Gilbert Centre and the Simcoe Muskoka District Health Unit have been working on an application for what the Ford government calls a Consumption and Treatment Services (CTS) facility. They must also co-apply to the federal government for an exemption under the Controlled Drugs and Substances Act.

The group's preferred location is a building at 90 Mulcaster St., which is owned by the CMHA and is located next door to the David Busby Centre, a facility which serves the city's homeless population, but they would still need an endorsement of the site from council.

General committee endorsed the SCS application, with several conditions, including the group enters into a site-plan application with the city to address concerns such as fencing, landscaping, access from Mulcaster Street, security cameras, discarded needle collection boxes as well as appropriate property standards and property maintenance measures.

Also required for the plan to go ahead is the establishment of a SCS advisory committee, security plan and/or a needle sweep plan, and other matters related to its integration to the neighbourhood.

"I'm sure there will be some rough spots here," he said.

Coun. Barry Ward said an SCS may not save everyone's life, but it's worthwhile if it can even save a few people.

Coun. Doug Shipley said he had been "dead-set against" the SCS until educating himself more on the issue and what such facilities offer. He said the "turning point" was a trip to a safe injection site in Guelph.

"It's a medical facility," he said, adding it did not stick out in the community and that he could barely find the Guelph location.

"The fact of the matter is there's an injection site already there," he said.

Coun. Mike McCann said he's still struggling with the notion that illicit drugs can be legal in one small area of Barrie, but illegal in virtually every other corner of the city.

Coun. Gary Harvey also said he had concerns about such facilities, with the David Busby Centre, being located in such proximity.

Against the plan were McCann, Harvey, Sergio Morales and Robert Thomson.

An SCS would provide a safe and clean space for people to use their own drugs under the care of nursing staff. They can also connect users to doctors, treatment and other health and social services.

Data collected for the period of January to September 2018 now shows the city has the second worst problem among large municipalities, with the "downtown particularly hard hit," the health unit's Dr. Lisa Simon said during a presentation to council.

"People are already feeling unsafe around the site," Dr. Simon said of that meeting's finding.

Some of the site criteria include that the facility be within one kilometre of open drug use; that it be on a bus route; that it be no less than 100 to 200 metres of sensitive land uses such as child-care facilities, parks and schools; and that it have wraparound services.

The doctor said there were only a few prospective locations that fit the criteria they were looking, especially having a willing landlord to allow the facility on-site.

"They weren't that many options," Simon said.

An SCS is part of the harm-reduction pillar in the Simcoe Muskoka Opioid Strategy and the battle against the opioid crisis in Barrie, which has one of the worst drug problems in Ontario and is getting worse.

The facility, if approved, would be open from 7 a.m. until 1 a.m. the following morning, seven days a week. Officials expect between 30 and 45 people using the site daily.

"This is just an estimate," Dr. Simon said. "Nobody can tell until people walk through the door."

The facility would have around 20 staff members, including three full-time and three part-time nurses. It would also have an estimated $1.5-million annual operating budget.

Brent Tottie, who spoke to council as a person who has lived through drug addiction, said he has seen people die in front of him from drug addiction, yet still found himself conflicted on whether a safe injection site is the right way to go: "Is it tacit approval or compassionate care?"

"I've lost a lot of people to this," added Tottie, who lives on Penetang Street. "It's cathartic, in a way, for me to do this."

Coun. Morales asked what's to stop people from hanging around the injection site.

The Gilbert Centre's Matt Turner said other sites have seen people tend to come and use the facilities and then leave.

"Once they've used their drugs, there's no reason for them to stay. There are currently already issues at the Busby Centre and we want to make sure that doesn't happen," Turner said.

Without the city's support, Turner said the group could not move forward with the provincial application. They could still apply to the federal government to operate an SCS, but that would come without any funding.

Turner said the local group is "in the ball park" for a provincial CTS, due to a cost-efficient plan they've developed.

Coun. Shipley asked what kinds of drugs could be used at the site.

Turner said it would essentially be any drugs which a person is afraid to use alone. That would primarily be heroin, or a substance from their dealer which they believe to be suspect, but he said the use of crystal methamphetamine is also on the rise in Barrie.

For more information about the supervised consumption site, visit www.smdhu.org/scs.