Barrie Police to give council a glimpse 'inside the call' Monday

It 'will give an inside look at how our service responds to occurrences and all the different elements that are required to keep our community safe,' says chief
Nov 21, 2020 1:30 PM By: Bob Bruton 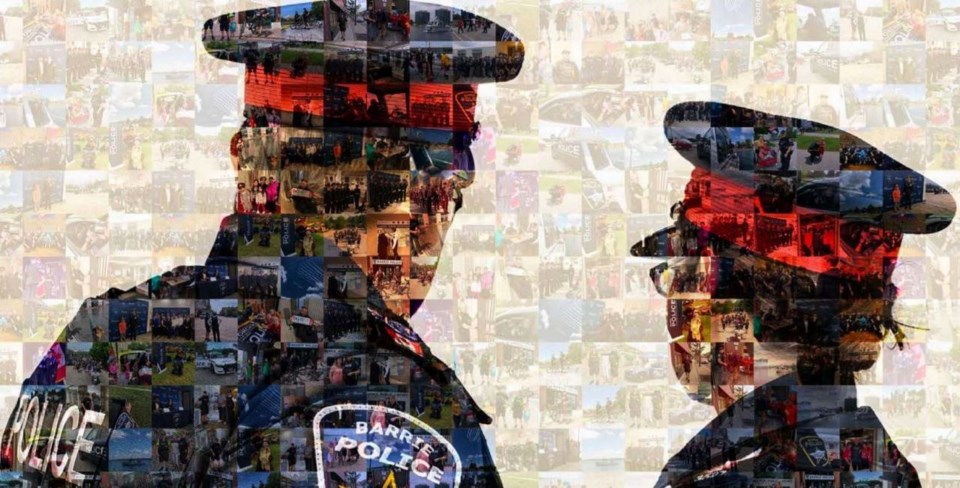 Barrie Police will make a presentation to Barrie City Council Monday that will shed some light on what is involved when police are called. Contributed photo

Barrie city police will let citizens and politicians ‘Inside the Call’ Monday.

Police will make a presentation to city council about what’s involved when police are called - from dispatching officers, the canine unit or tactical unit, to paramedics and firefighters, to forensic services, criminal investigators and victims’ assistance, right to the Crown Attorney and the courts.

“We are working to increase awareness of the Barrie Police Service (BPS) and the many different initiatives and units within our service,” said Barrie Police Chief Kimberley Greenwood. “(The presentation) will give an inside look at how our service responds to occurrences and all the different elements that are required to keep our community safe.”

Greenwood also said the presentation is part of ongoing community engagement during the 2021 police budget process.

Council will experience a PowerPoint presentation of photos, video and audio on ‘Inside the Call’ at Monday’s virtual meeting.

“That slide deck (presentation) was eye opening even for me,” said Mayor Jeff Lehman, who sits on the BPS board. “I'm not sure the public always have a sense of how complex some police calls are, and certainly because only two members of council (Coun. Robert Thomson is the other) are on the police board, I think doing a presentation like this is very helpful to give council and the public alike a sense of what all the legal requirements and dimensions of police work can entail.”

Lehman said during this term of council ‘101’ learning sessions have been scheduled for most departments, such as planning 101, which introduce and outline all the aspects of the work done by city departments, and this is the police equivalent. It is a city police initiative.

Statistics Canada released its most recent safe cities report in May, 2020 with numbers from 2018.

The severity of crime in Barrie increased by 12% between 2017 and 2018, mostly due to an increase in breaking and entering, and fraud.

The BPS community safety survey is available until Dec. 11 for those who live, work or spend time in Barrie to share their feedback on safety in the community, as well as levels of trust and confidence in the BPS. It is available at BarriePolice.ca/Survey.