James Gordon is 'more than just a musician, (he) is an incredible asset to the Canadian entertainment business'; He will perform in Midland Oct. 31
Oct 20, 2019 6:00 PM By: BarrieToday Staff 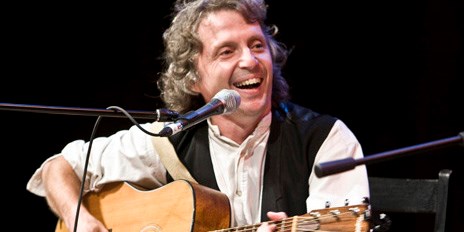 James Gordon will be performing Oct. 31 at the Midland Cultural Centre as part of the Tiffin Bay Folk Club's Fall Intimate Spaces Concert Series.
NEWS RELEASE
MIDLAND CULTURAL CENTRE
***************************
Riding on the recent release of The Heritage Hall Sessions from Spring 2019, James Gordon is better than ever in his 40-year career.

He addresses issues of climate change, the artistic value gap, and peak oil with sensitivity and wit! More than just a musician, Gordon is an incredible asset to the Canadian entertainment business and will blow Midland away on Oct. 31 as part of the Tiffin Bay Folk Club’s 2019 Fall Intimate Spaces Concert Series, sponsored by Grant Thornton.

Gordon has had a remarkably diverse career. As a solo singer-songwriter and with the ground-breaking trio Tamarack, he has released over 40 albums and has toured relentlessly around the world.

Gordon has written for symphony orchestras, musical theatre and dance works, film scores, and for more than 10 years was heard on CBC radio as songwriter-in-residence for the Basic Black and Ontario Morning programs.

His song Mining For Gold was featured in the John Sayles film Silver City, and was included on the classic Cowboy Junkies album The Trinity Sessions. Gordon’s classic Frobisher Bay has been recorded by more than 100 different acts world-wide, has become a standard in choirs everywhere, and is in Rise Again, the sequel to the legendary Rise Up Singing songbook.

Well known for his songs about social justice, heritage and environmental issues, he toured for two years with his hugely successful political theatre piece Stephen Harper: The Musical. The full-length folk-opera Hardscrabble Road debuted live in the fall of 2003 and proved to be one of his most ambitious works.

Gordon has produced CDs for many Canadian folk artists, and his popular Rhyme Capsules songwriting-in-the-schools project (through which he has facilitated over 1,500 songwriting workshops) has resulted in over two dozen CDs of songs by young composers. He has recently toured in Great Britain, Cambodia, Vietnam, Japan, and all across North America. He’s often touring as James Gordon & Sons with his musician sons, Evan and Geordie.

In 2009 BerLen Music published The Pipe Street Songbook, an anthology of his 50 most loved songs. Between tours, James is a record producer, playwright, community activist, Guelph City Councillor, and theatre director.