Actor Scott Patterson — aka the infamous Luke Danes — will attend for the first time
Jul 17, 2019 6:30 PM By: BarrieToday Staff 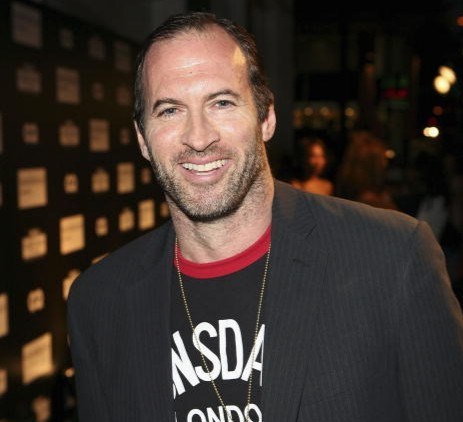 Main Street Unionville, the location where the original pilot filmed Scott Patterson pouring his first cup of coffee at the iconic “Luke’s Diner," has never held an event quite like this before, as this will be the first time the event is held outside of Connecticut.

This festival will take place Oct. 4 to 6, 2019. To date, about 70 per cent of the attendees are coming from abroad, as far as Australia, and the festival is eager to introduce them to the GTA. A limited number of tickets are available at www.gilmoregirlsfanfest.com.

Tickets for the three-day event are $275 (US) and include access to 40+ events, activities, meet & greets, panels, tastings, an event T-shirt and swag bag.

Since 2016, the festival has offered fans a chance to experience obvious parallels of the fictional town, Stars Hollow, alongside cast and crew members from the hit TV series.

This year marks the first time Scott Patterson has attended the festival. Patterson will take part in an individual, moderated Q&A over the weekend and will also participate in a fan meet & greet, allowing attendees a chance to not only meet the man behind the show’s infamous character “Luke Danes”, but also sample his own coffee brand, Scotty P’s Big Mug Coffee.

“Our town regularly sees unguided visitors posing for pictures at various landmarks seen throughout the show’s original pilot, but this is the first time anything like this has been done here before, so we are looking forward to welcoming visitors from around the world to our village,” Sarah Gratta, chair of the Unionville B.I.A. and owner of Too Good General Store, said.

The final schedule will be available in early August. Plans have been made for meet & greets with the attending cast and crew, panels and Q&As with its special guests, a costume contest, rounds of trivia, tastings featuring local food and drink, and a fun run among other Gilmore-centric activities.

“When the opportunity for bringing the festival to Unionville popped up, we knew we had to do it. Unionville immediately captured our affections and we knew it would be a town any fan would love,” Gilmore Girls Fan Festival co-founder Jennie Whitaker, said.

“While the festival schedule and cast invites change year after year, we always aim to bring a familiarity that can only be explained by those who feel nostalgic when they hear the show’s ‘la-la’s’ or see the townspeople in "Stars Hollow". This year should be really exciting for fans, as we’ll have Scott Patterson here for a meet & greet, a Q&A panel and we’ll also be sampling his coffee brand as well.”

For more details about the event, go to www.gilmoregirlsfanfest.com.