WASHINGTON — The Pentagon is already helping combat the coronavirus outbreak in the United States and is considering ways to do more. But the military faces limits.
Mar 17, 2020 5:20 PM By: Canadian Press 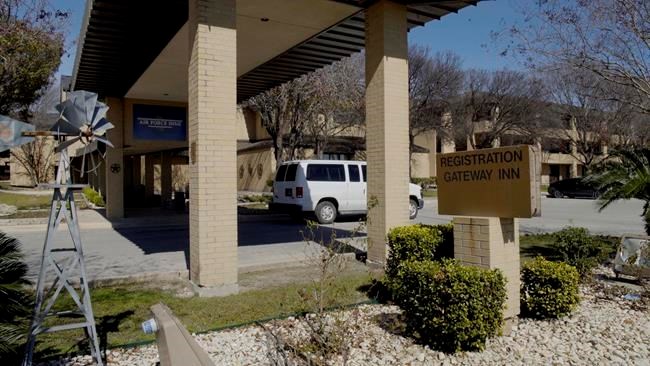 WASHINGTON — The Pentagon is already helping combat the coronavirus outbreak in the United States and is considering ways to do more.

But the military faces limits. Its health care system is geared more toward handling combat casualties than infectious diseases. And there are logistical and legal concerns about expanding the military’s role in civilian affairs, such as tasking it with enforcing quarantines. officials also want to be careful not to do anything to weaken its ability to defend the nation.

A look at the military’s role in the crisis:

WHAT THE MILITARY IS DOING

At the request of the Department of Health and Human Services, the Pentagon has made housing available at four military bases for some passengers taken from the Grand Princess cruise ship, which was hit with a cluster of coronavirus cases. It also has made available housing at other bases for people entering the U.S. at certain civilian airports and needing monitoring.

At those bases, the people being given housing are cared for by civilian agencies, not the military.

Secretary Mark Esper said Tuesday he is making 5 million respiratory masks available to Health and Human Services, including 1 million to be provided immediately. The Pentagon also will provide to civilian agencies as many as 2,000 special-purpose military ventilators, he said.

Also, Army scientists are researching and testing vaccines for the coronavirus, in with civilian agencies. Esper visited Fort Detrick, Md., on Tuesday where the research is under way.

The most extensive role for the military thus far is by the National Guard, which is being called up by governors in several states to provide a range of support. More than 1,600 National Guard members have been called up so far. Some are helping at state emergency operations ; others are providing transportation for civilian health care providers; and some are collecting and delivering test samples.

U.S. Northern Command, which is responsible for defending the U.S. homeland, said in a statement Monday that any Department assistance to the coronavirus crisis "would be secondary to our primary mission to defend the United States. A range of planning efforts cover scenarios which include aiding in the establishment of medical treatment sites, providing shelter for displaced persons, assisting with food transportation, and numerous other logistical efforts.”

WHAT THE MILITARY IS CONSIDERING

There are many ways the military could assist in the COVID-19 crisis, but few decisions have been made. Air Force Brig Gen. Paul Friedrichs, the top doctor for the Joint Chiefs of Staff, told reporters Monday that officials are trying to identify “what's within the realm of the possible,” while also spelling out what the trade-offs for that would be.

For example, Friedrichs said, if large numbers of National Guard members were mobilized for medical assistance, they would be taken away from their civilian jobs, which in some cases are in health services already engaged in fighting COVID-19.

The military could deploy mobile hospitals, but they generally are designed to deal with combat casualties, not infectious disease.

The military also operates 36 fixed hospitals inside the United States; they could be used for the COVID-19 emergency, but in most cases they are relatively small. They exist to support active-duty military members, their families and some military retirees.

Some have questioned why the military cannot contribute to the civilian stockpile of ventilators, which might be in short supply in the weeks ahead. Jonathan Hoffman, the Pentagon's chief spokesman, declined to say how many ventilators the Pentagon has in stock. Asked why, he replied, “Because the number deals with our deployable medical capability, which is a number that we're not prepared to give out.”

The Pentagon also has two hospital ships, the USNS Comfort and the USNS Mercy. They can be equipped to perform surgeries and provide other medical services, but the medical professionals who would be called on to staff the ships are currently performing those roles at domestic military hospitals and clinics or at private medical facilities. Esper said he has ordered the Navy to prepare the ships for deployment, although the Comfort is in maintenance.

Esper also said he is considering activating National Guard and Reserve units for federal duty to help states with planning, logistics and medical support “as needed.” Such a move would need approval by President Donald Trump.

WHAT THE MILITARY COULD DO IN AN EXTREME EMERGENCY

The Department has a detailed pandemic response plan that lays out the myriad of things the military can do if requested, including a last-resort role in helping to impose quarantines and border restrictions.

The military could be called on to help establish “mass casualty” treatment sites, provide shelter for displaced persons, and help provide postal, power, water and sewer services, food deliveries and mortuary tasks. Troops also could provide logistics, communications and other support for law enforcement and the National Guard. Drafted and overhauled several times in recent years, the military’s plan is closely guarded and officials decline to discuss details publicly.

Officials, however, say that there is a broad assumption that local law enforcement, border control officers and the National Guard under the governors’ command would be the first line of to stem the spread of any virus through travel restrictions at the borders and along state lines or outbreak areas.

The plan assumes that intelligence oversight laws and the Posse Comitatus Act would remain in effect. Under that Civil War-era act, federal troops are prohibited from performing domestic law enforcement actions such as making arrests, seizing property or searching people. In extreme cases, however, the president can invoke the Insurrection Act, also from the Civil War period, which allows the use of active-duty or National Guard troops for law enforcement.

Under the military’s pandemic plan, the key goals are to defend the country, maintain the force and provide whatever support is needed to protect the national infrastructure and ensure that the government continues to function.

NATURE OF THE THREAT

For most people, the new coronavirus causes only mild or moderate symptoms, such as fever and cough. For some, especially older adults and people with existing health problems, it can cause more severe illness, including pneumonia.

The vast majority of people recover from the new virus. According to the World Health Organization, people with mild illness recover in about two weeks, while those with more severe illness may take three to six weeks to recover.

The Associated Press receives support for health and science coverage from the Howard Hughes Medical Institute’s Department of Science Education. The AP is solely responsible for all content.

Opposition activist leaves embassy haven to flee Venezuela
Oct 24, 2020 3:11 PM
Comments
We welcome your feedback and encourage you to share your thoughts. We ask that you be respectful of others and their points of view, refrain from personal attacks and stay on topic. To learn about our commenting policies and how we moderate, please read our Community Guidelines.