Tom Lee credits Barrie Central band for successes he found later in life with Ontario Parks and Parks Canada; 'The band kept me in school, it’s that simple. Otherwise, I probably would’ve ended up back on the farm'
Jul 2, 2020 1:00 PM By: Ian McInroy 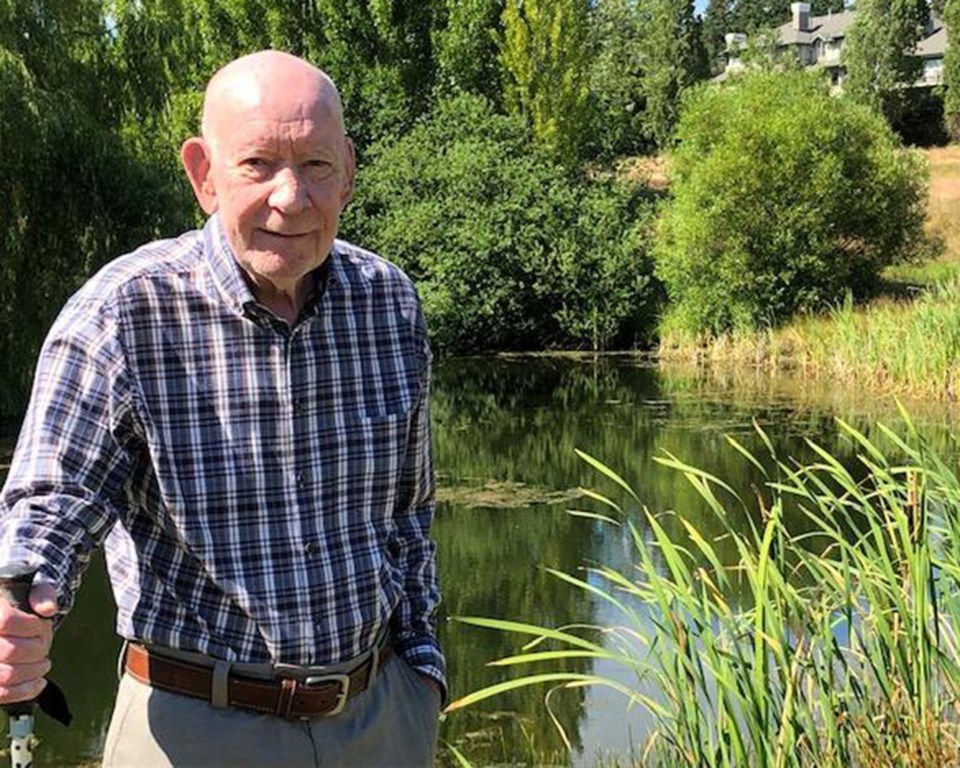 Barrie Central Collegiate graduate Tom Lee, who now lives in Victoria, B.C., was recently appointed an Officer of the Order of Canada for his many, many contributions to the Canadian national parks system. He eventually became assistant deputy minister of parks for the federal government in Ottawa and the first CEO of the Parks Canada agency. Lee also received awards from the Department of Indian and Northern Affairs Canada as well as many other accolades. Photo supplied

If you’ve every experienced Fathom Five National Marine Park near Tobermory, stayed at an Ontario Parks campground, skiied at Whistler Blackcomb, Panorama Mountain Resort or SilverStar in British Columbia, or hiked the 900-kilometre Bruce Trail, you are indebted to a Barrie Central Collegiate grad.

Tom Lee went to the local high school before acquiring three university degrees and then playing a pivotal role in providing leadership across a wide spectrum of policies that many Canadians now take for granted.

And his efforts have not gone unnoticed.

Lee has been appointed an Officer of the Order of Canada, which should be presented this year after COVID-19 isolation restrictions are lifted, according to his sister, Sharon Bond.

“As a professional engaged in provincial and national resource and park management over a period of 35 years, Tom Lee has left a rich legacy for Canadians from coast to coast to coast,” she says. “Thanks to Tom’s leadership, a systemic network of natural and cultural heritage of protected areas across Canada has grown. Greater recognition and better relationships with Indigenous peoples have been forged. And measures are now in place to ensure the sustainability and enhanced ecological and commemorative integrity of Canada’s national treasures.

“Tom also leaves a legacy of public service by having put in place innovative governance bodies and tools for government institutions to better meet conservation challenges of the 21st century," Bond adds.

Lee’s accomplishments are many.

After a three-year bachelor of arts degree and a physical education degree, both from McMaster University in Hamilton, he then took a master's of science from the University of Illinois. After that stint, his career soared, Bond says.

“Following university he joined Ontario Provincial Parks (now Ontario Parks) as a park planner in 1967 and was tasked with looking for solutions to the very public and controversial issue of logging that was occurring at an alarming rate in Ontario’s provincial parks,” she says.

“Not only did Tom demonstrate his ability to work with others in charged environments, he contributed through this work to the reductions and/or termination of logging in Algonquin, Quetico, Killarney, and Lake Superior provincial parks as well as to the design and establishment of better suited governance bodies, including the Algonquin Forestry Authority and to the introduction of innovative management planning processes to sustain forests within these protected areas," Bond adds.

He eventually became assistant deputy minister of parks for the federal government in Ottawa and was the first CEO of Parks Canada. He received the Golden Jubilee Medal in 2002 and also received awards from the Department of Indian and Northern Affairs Canada (now called Indigenous and Northern Affairs) and the Esowista Band Council for having resolved long-standing housing issues in 2006. He also headed a program of innovative management in Forestry Canada.

Lee secured government approval of a comprehensive program to complete the national park system by advancing work on 14 proposed parks, including those in the Northwest Territories, Manitoba, Baffin Island in Nunavut, Ellesmere Island in the High Arctic, Hudson’s Bay, the expansion of Nahanni National Park, negotiations for Gulf Island National Park near Victoria, B.C., and helping get legislation passed leading to the creation of the Saguenay-St. Lawerence Marine Park, a critical feeding grounds for the baleen whale.

While his early days on his mother’s farm and time at university played important roles in the vital work he would eventually do, his time at Barrie Central — and the renowned concert band in which he played stand-up bass — also contributed mightily to his life.

“If it hadn’t been for the band I wouldn’t have stayed in school, period. It was likely the best high school band in Canada and I travelled the world with them,” he tells BarrieToday from his home in Victoria B.C., where he lives with his high-school sweetheart, Terry. “In essence, the band kept me in school, it’s that simple. Otherwise, I probably would’ve ended up back on the farm.”

Lee has fond memories of one teacher in particular: W.A. Fisher.

The auditorium on Dunlop Street West that bears his name is all that remains of Lee’s alma mater.

“I had him as a teacher, he was the head of the band and he was exceptional. And the interesting thing about him is he was also awarded the Order of Canada in 1964. I feel like I’m in some good company there.”

'Emotional' links to Indigenous site in south-end Barrie still remain decades later
Jul 23, 2020 1:00 PM
Comments
We welcome your feedback and encourage you to share your thoughts. We ask that you be respectful of others and their points of view, refrain from personal attacks and stay on topic. To learn about our commenting policies and how we moderate, please read our Community Guidelines.

About the Author: Ian McInroy