Colts don't have to look too far for new head coach

Both Todd Miller and Marty Williamson are very worthy candidates to be handed the keys to the team behind the bench, Gene Pereira writes
Sep 9, 2020 7:30 PM By: Gene Pereira 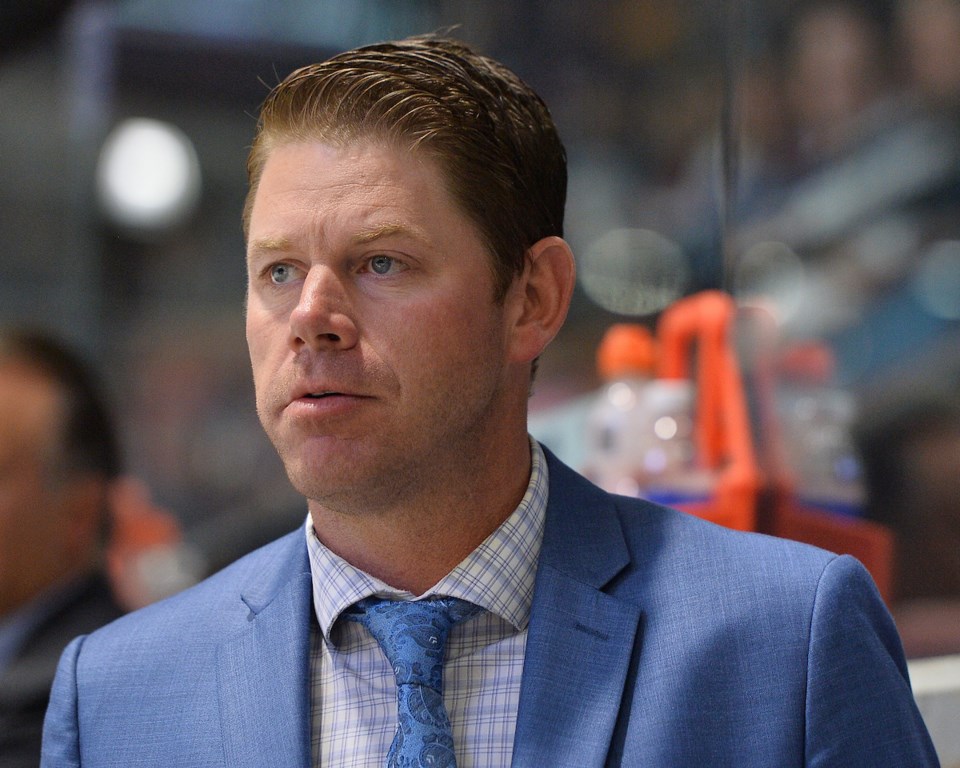 The Barrie Colts don't have to go outside the organization to find a new head coach.

The OHL club is no doubt still trying to deal with the sad loss of longtime bench boss Dale Hawerchuk to cancer last month and replacing the well-respected and popular Hockey Hall of Famer will be a difficult task.

With much of the world still dealing with the COVID-19 pandemic and the start to the OHL season slated for Dec. 1, depending on clearance from the province, the Colts still have some time to make that decision.

While the Colts are certain to get interest from plenty of interesting candidates for the position, they already have two members in the organization who are more than capable of stepping in and taking over the reins.

Longtime assistant coach Todd Miller definitely deserves an opportunity. A member of the organization for 10 years, Miller took over behind the bench after interim head coach Warren Rychel was fired in late-January.

Miller took over a team that was reeling, having lost six straight. Expected to battle the Sudbury Wolves for top spot in the Central Division, Barrie instead found itself in danger of the missing the playoffs.

With stars Ryan Suzuki, Matej Pekar, Tyler Tucker, and captain Jason Willms all moved at the trade deadline, the forecast for the remainder of the season looked bleak for the rebuilding club.

That was anything but the case.

Armed with a ton of enthusiasm and some exciting new additions, including Evan Vierling, Ethan Cardwell and overager Josh Nelson, the Colts under Miller would go 13-7-2 before the pandemic shut down the league just before the final two weekends of play.

The Colts had not only clinched a playoff spot, but had moved back to fifth spot in the conference and were just six points behind the Wolves atop the division.

With Miller at the helm, excitement about the future of the club grew and the franchise is expected to be among the top teams in the Eastern Conference this coming season.

Perhaps more importantly, the young team responded to Miller. Given more ice time and a bigger role, rookie blue-liner Brandt Clarke showed many why he could be one of the top names called in the 2021 NHL Entry Draft. Vierling capitalized on the opportunity to centre the top line after his deal from Flint and moved up the prospect list considerably for next month's NHL draft.

Miller's message resonated with his young club and there's no reason to be believe that wouldn't continue this season. That, along with his loyalty to the franchise, should put Miller's name on a short list.

Miller also stood alongside Hawerchuk on the bench for the better part of a decade and spent countless hours listening and learning about the game from his "mentor." After Miller took over, Hawerchuk would call him after every game and the two would discuss the game.

Miller may not be the big name we are accustomed to seeing at the helm in Barrie, but his loyalty and the job he did in a tough situation last season should earn him serious consideration as the new head coach.

Marty Williamson is no stranger to Colts fans, having been the bench boss for six seasons from 2004 to 2010. He guided Barrie to the 2010 OHL final before leaving to join the Niagara IceDogs the next season. There, he took Niagara to the league final twice and on another occasion they reached the Eastern Conference championship.

Williamson was let go by the IceDogs in 2016 before landing back in Barrie as a senior advisor to the director of hockey operations in April 2019.

He has proven he can build and guide championship-contending teams and in a league where that kind of experience is hard to find. Williamson has helped build the current Colts roster and wouldn't need time to learn and adjust to his players.

He has also helped develop and send numerous players to the NHL, including the likes of Bryan Little, Kyle Clifford, Ryan Strome, Dougie Hamilton, and Vince Dunn.

Barrie has had just six head coaches in the franchise's 25-year history and team brass have the opportunity to hand the vacant job to one of the two coaches on that list.

The decision is never an easy one, but president and owner Howie Campbell shouldn't have to look too far. He already has two outstanding candidates in the organization.