Youth reports being robbed on his way to school 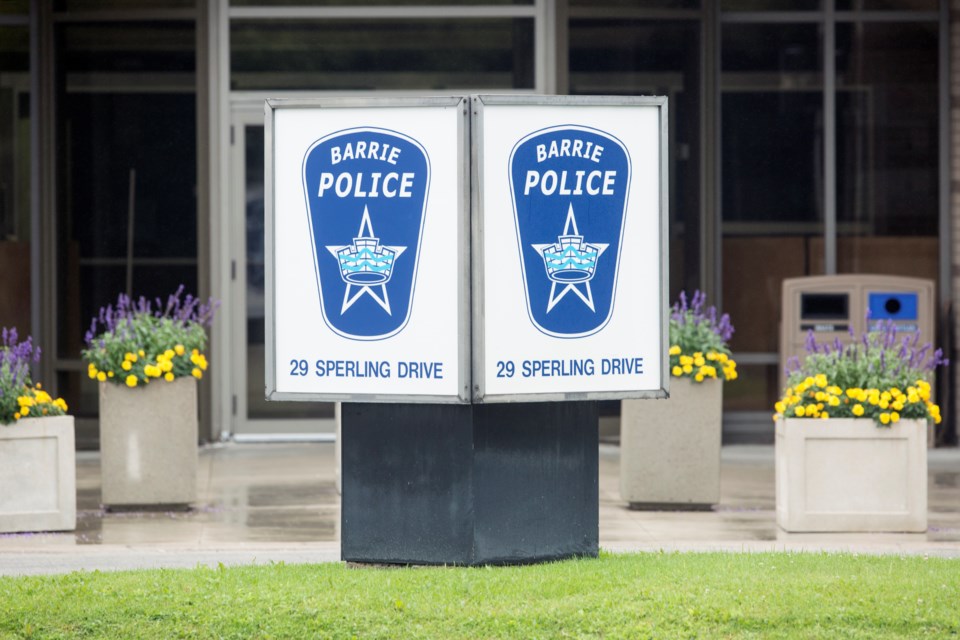 NEWS RELEASE
BARRIE POLICE SERVICE
************************
The Barrie Police Service is requesting the assistance of the public with regards to an ongoing robbery investigation.

On Tuesday, Oct. 9, 2018 shortly before 8 a.m., a youth who was on the way to school entered a catwalk near Allandale Heights Public School when a male suspect, who was walking in the opposite direction, approached and robbed him.

A brief struggle ensued and the suspect fled, leaving the victim with non-life threatening injuries and lying on the ground. The victim then returned home where the incident was reported to police.

The suspect is described as:
•    Male, white (16 to 17 years)
•    5’3, slim build
•    Wearing a dark green hoodie with a large pocket and had a ‘clown’ bandana on the lower half of his face. The bandana is further described as having a large red nose, black detailing and a wide clown grin

Anyone with information or who may have residential video surveillance is asked to contact Detective Constable Howe of the  Barrie Police Investigative Services at 705-725-7025, ext. 2750, dhowe@barriepolice.ca or contact Crime Stoppers at 1-800-222-TIPS (8477), or leave an anonymous tip online.