'Significant' bust culminates months-long probe; 'Any day you can get a gun off the street is a good one,' says Barrie Police official
Jul 9, 2020 1:48 PM By: Shawn Gibson 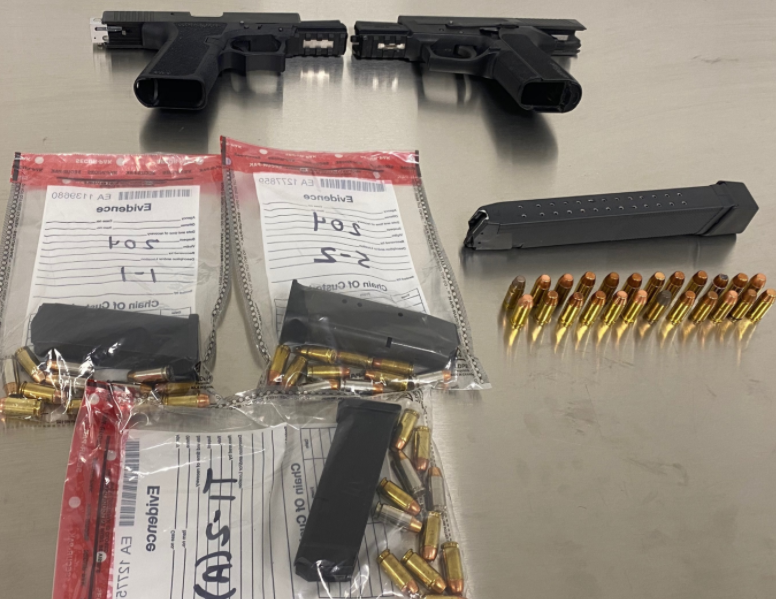 The Barrie Police Drug Unit made two arrests on Wednesday after an ongoing investigation led them to a man and woman who have been charged with dozens of drugs and weapons charges.

Barrie police communications coordinator Peter Leon said the bust was the result of an ongoing investigation that started months ago.

“A 36-year-old man and 22-year-old woman, both from Barrie, were apprehended while coming off Highway 400 at the Dunlop Street exit,” said Leon. “After they were arrested we executed two search warrants at homes in the city.”

As a result of the investigation, the individuals are facing 40 weapons and drug-related charges. The male was held for bail after being in a Barrie court yesterday while the female was released and will return for a court date in early September.

Leon said the homes that were searched were in “central Barrie and the southwest end of the city.”

Along with the 40 charges laid, the bust included the seizure of two loaded guns, two cars in addition to a quantity of drugs and money. The drugs seized include methamphetamines, fentanyl and another powdery substance that is being investigated by Health Canada.

Leon called the bust a “significant” one and said that one of the magazines seized was a “high capacity magazine and is a prohibited weapon. You can’t possess those," he said.

“This was a good day for the streets of our city,” said Leon. “Any day you can get a gun off the street is a good one, yesterday we got two.”